Salah and Elneny Included in Provisional Egypt Squad for Olympics

Published April 25th, 2021 - 07:49 GMT
The Liverpool and Arsenal stars have been picked as overage players in the initial selection for their nation ahead of this summer's Games (Photo: AFP)

Mohamed Salah and Mohamed Elneny could both play at the Olympic Games in Tokyo this summer after being included in Egypt's preliminary squad for the men's football tournament. 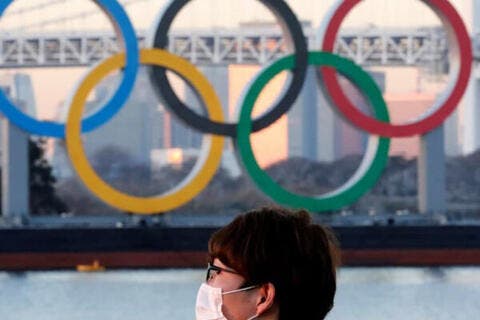 The Liverpool and Arsenal stars have been selected as overage players for the tournament, with the north African nation having been drawn against Spain, Argentina and Australia in the group stage.

Their inclusion in the squad could provide a headache for Jurgen Klopp and Mikel Arteta, with the competition scheduled to continue until August 7 - one week before the start of the 2021-22 Premier League season.

What has been said?

Although the men's Olympic football tournament is primarily a competition for Under-23 players, nations are allowed to pick three footballers over the age of 23, allowing them to select some of their biggest stars to participate at the games.

Shawki Gharib, head coach for Egypt's U23s, said he intended to pick Premier League stars for his squad after they were handed a tough draw.

Aston Villa winger Trezeguet suffered a knee injury earlier this month in a Premier League game against Liverpool, requiring surgery and ruling him out of the Olympics.

On Salah, Gharib said: "I need to use the benefit of choosing three players over the age of 23, and we have a player considered to be among the best three in the world, so I have to consider him. Salah is a big star and all the players want him around."

On the difficulty of getting Salah released by Liverpool for what is generally regarded, in men's football, as a second-tier international event, Gharib said: "We sent a letter to Liverpool directly after the draw where we explained all the details and Egypt's schedule."

Will Salah and Elneny play at the Olympics?

Egypt would love to have arguably their two best players available for the tournament, with their opening fixture against Spain on July 22 in Sapporo.

The issue comes with scheduling - both Liverpool and Arsenal have had packed seasons, with the calendar compressed due to coronavirus, and they would much rather their players had a summer of rest rather than flying to Japan for a tournament.

Should Egypt spring a surprise and reach the final, that would be played on August 7. The opening day of the 2021-22 Premier League campaign is August 14.