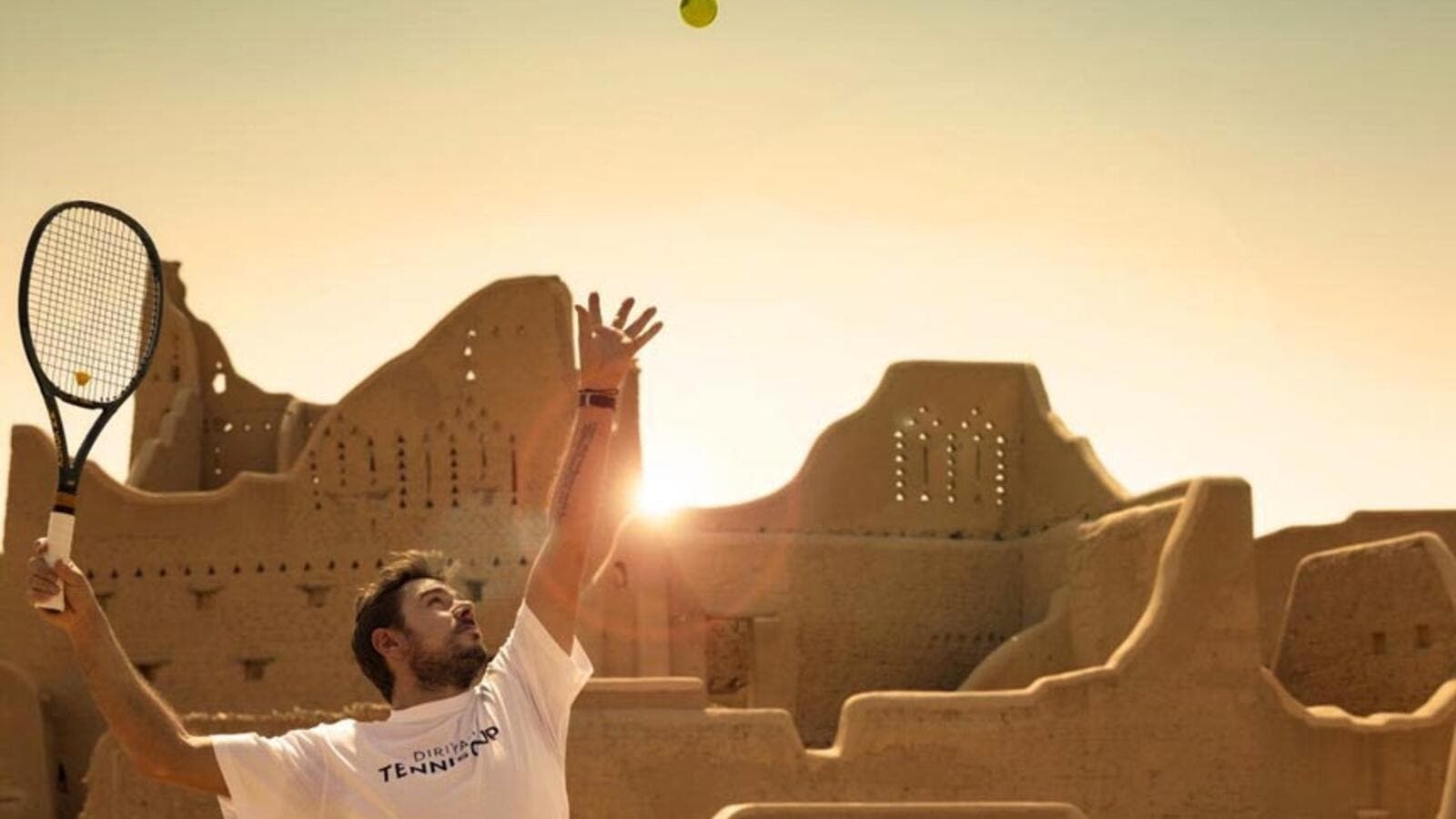 Stanislas Wawrinka will be among the top eight players to play in the inaugural tennis tournament in Saudi Arabia. - Supplied photo

The inaugural Diriyah Tennis Cup, staged from Dec. 12-14, will feature leading players from across the globe over three days of competition. The outdoor hard-court tournament will be staged in the unique Diriyah close to Riyadh.

The Russian is enjoying a breakthrough year in 2019 with three titles to his name and was a recent runner-up to Rafael Nadal in September's US Open Final.

Talented world number 12 Fabio Fognini, who was the first Italian to win an ATP Masters 1000 title this year in Monte Carlo, is confirmed alongside the highly-rated David Goffin (Belgium), the former world number 7.

Prince Abdulaziz bin Turki AlFaisal Al Saud, chairman of the General Sports Authority of Saudi Arabia (GSA), said: "Hosting world class international tennis in Saudi Arabia for the very first time is another watershed moment for the Kingdom. There's a deep passion for sport in Saudi Arabia and the Diriyah Tennis Cup will see us reaching new tennis fans, welcome even more international visitors as well as creating amazing memories for all."

The remaining four players will be announced shortly, completing the first Diriyah Tennis Cup line-up. The eight players will be battling it out for the total prize pot of $3 million.

The tournament forms part of the Diriyah season which will include Diriyah E-Prix, Clash On The Dunes Heavyweight boxing rematch between Andy Ruiz Jr and Anthony Joshua, and Diriyah Equestrian Festival, in addition to many entertainment and cultural activities over a month period from Nov. 22 to Dec. 21.

The 15,000-capacity Diriyah Arena will provide an intimate setting allowing tennis fans and newcomers to the sport to get up and close to the world's very best players.

Peter-Michael Reichel, co-chairman, Basel Sports Group: "The eyes of the tennis world will be on Saudi Arabia in December with some of the very biggest names in global tennis battling for the first-ever Diriyah Tennis Cup. The stunning UNESCO world heritage site in Diriyah will arguably be the most unique venue in tennis - a sensational three days of entertainment for friends, family and tennis fans as part of the Diriyah Season."

As well as welcoming the world's best players, the Diriyah Tennis Cup will work alongside the Saudi Tennis Federation to use the tournament as an opportunity to inspire Saudi players, new fans and followers of the game.

"Our vision is to achieve greater participation in sport - hosting the world's best tennis players here can only help to achieve our goals. Sport provides incredible opportunities to engage and inspire people; tennis provides another platform for us to do that in the Kingdom," added Prince Abdulaziz.