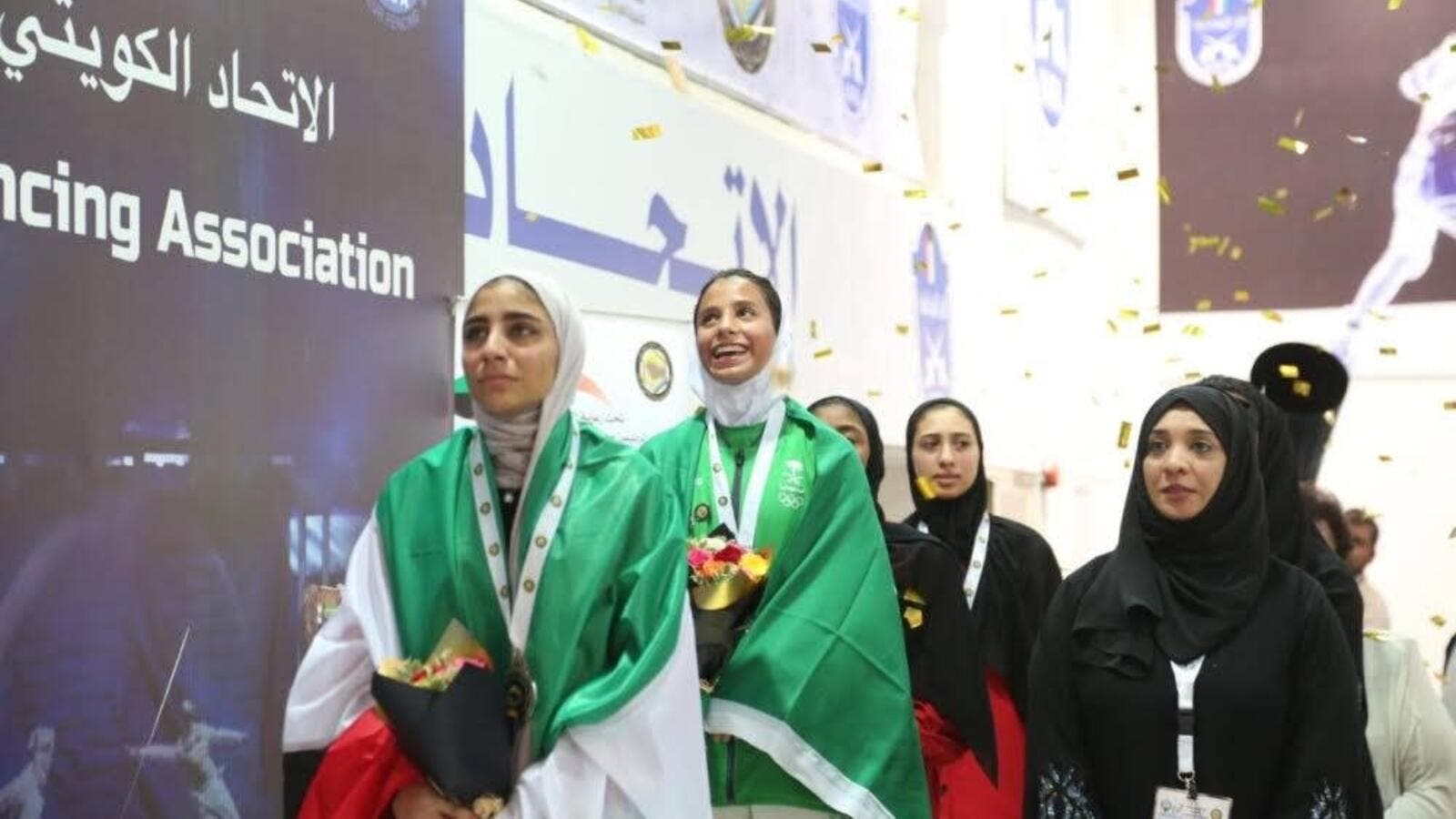 Saudi fencer Hasna Al-Hammad is seen on the podium after bagging the first Saudi gold medal on the second day of the 6th Gulf Cooperation Council (GCC) Women’s Games in Kuwait City on Monday. — SPA

She won the gold medal in Individual Sabre event on Monday after beating her UAE opponent Shahd Khuram with a final score of 15-6 points.

Princess Nouf Bint Khalid, head of the Saudi delegation participating in the tournament, said what Hasna achieved shows that Saudi sports stars are able to climb the podiums, and will achieve more medals in the coming days of the tournament.

Speaking to Okaz/Saudi Gazette, Hasna said: “All praise be to God, the victory came after tireless efforts from everyone and with the support of my family as well as administrators and coaches of the Saudi Federation of Fencing. I thank the Saudi Olympic Committee and the General Sport Authority for their support without which women’s sports in the Kingdom would not have reached this level.”

“God willing, this crowning will be the beginning of major Asian and international championships glory on behalf of Saudi women’s sports. After this tournament, we will leave for Georgia for practice in preparation for the Asian tournament, which will be hosted by Riyadh in November,” she said.