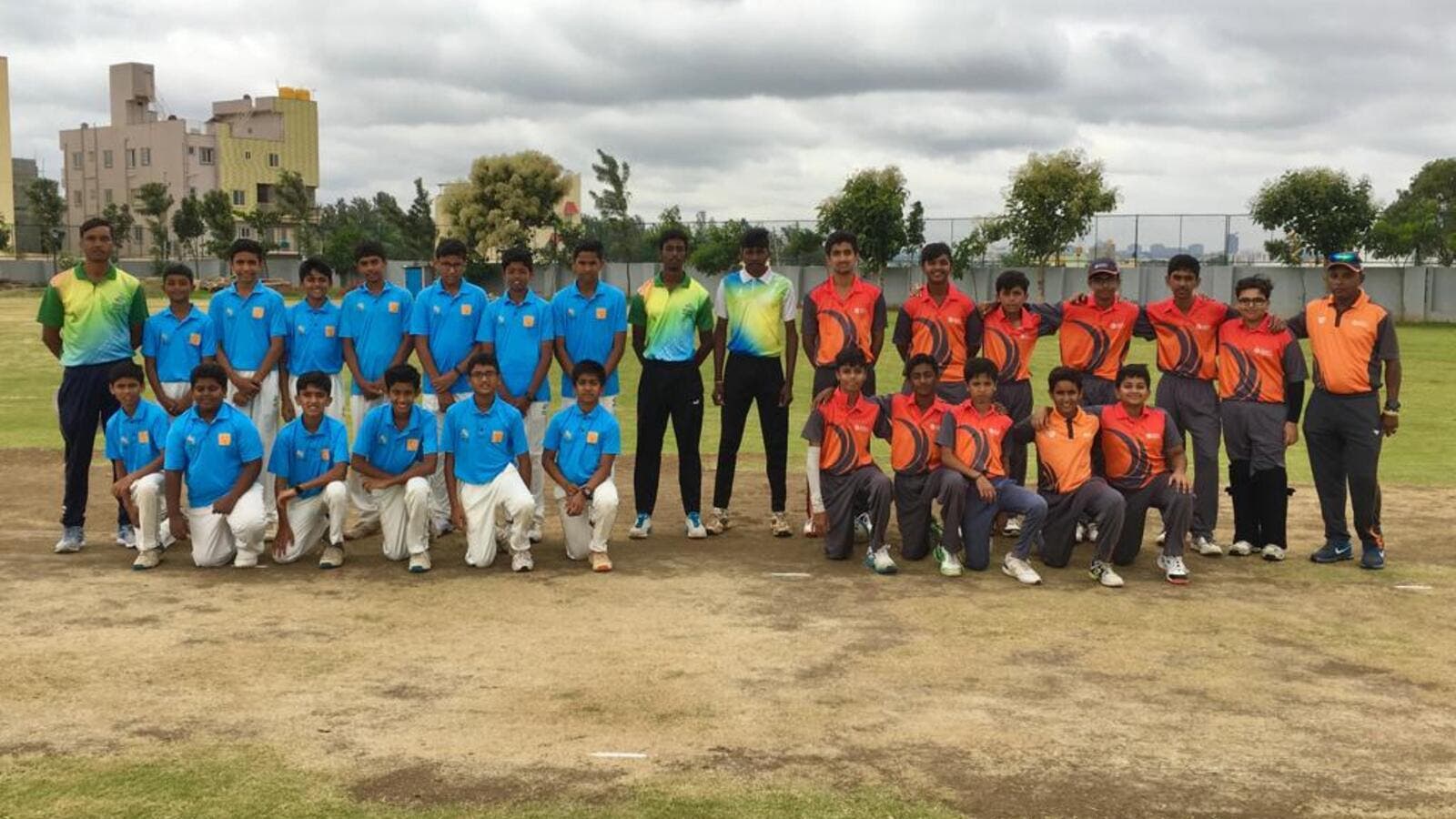 Members of Simply Cricket and Gopalan School teams pose before their match in Bangalore. - Supplied photo

Dubai's Simply Cricket was launched only last November. But in just nine months, this new cricket academy has been able to give its students a beautiful platform.

And the man behind the success of this academy is Roop K Razdan, the managing director.

"We started with five boys in November last year and today we have 40 boys in our academy," Razdan, who hired five professional coaches for the academy, told Khaleej Times.

"It was done very professionally. The boys learned a lot by playing against very good teams in Bangalore. Even India players Varun Aaron, Manish Pandey and KL Rahul came to meet our lads and had a chat with them about cricket," Razdan said.

Vincent Stephen, the head coach, then revealed why the India tour was such a big success for the academy.

"We have very talented kids here in Dubai. But, you know, they mostly play T20s and T10s in Dubai, which is not going to make them good cricketers," Vincent said.

"That's why we wanted our kids to play 40 overs and 50 overs matches in India. You know, the standards are so high in India. So it gave our kids a wonderful chance to open their eyes and see real cricket in India.

"So this was a good platform for them to learn good cricket. All the kids did really well, their fitness levels have gone up now.

"And if they continue to develop at this rate, I think some of them will soon be in the UAE under-16 team."

Aayush Hariharan, a 12-year-old left-arm fast bowler, said the India trip was a great learning experience for him.

"We learned so many new things in India. If we can implement that here in Dubai, we can be very good cricketers," Aayush said.

Vansh Sahni, a 12-year-old wicketkeeper-batsman, said his technique has improved after the India tour.

And 13-year-old left-arm-spinner Risabh Ramakrishnan says he has improved more in three months at Simply Cricket than he did at other academies in Dubai in the past three years.

"The coaches here are very good. And the Bangalore trip was a great opportunity to correct my game. I have understood my level now and I know now how to work on my game," he said.

Aarav Hariharan, a 10-year-old right-arm leg-spinner and a right-handed batsman, he said he learned a lot just by watching the junior players in India.

"Their level is very high. It was hard to face them, but we still won a few matches. Also, we played 50-over games, so we learned how to stay at the crease and we were not getting tired," he said.

And the 12-year-old bowling all-rounder, Yug Sharma, says the Bangalore trip has improved his fitness levels and skills.

"I have gained confidence in my game now," Yug said.