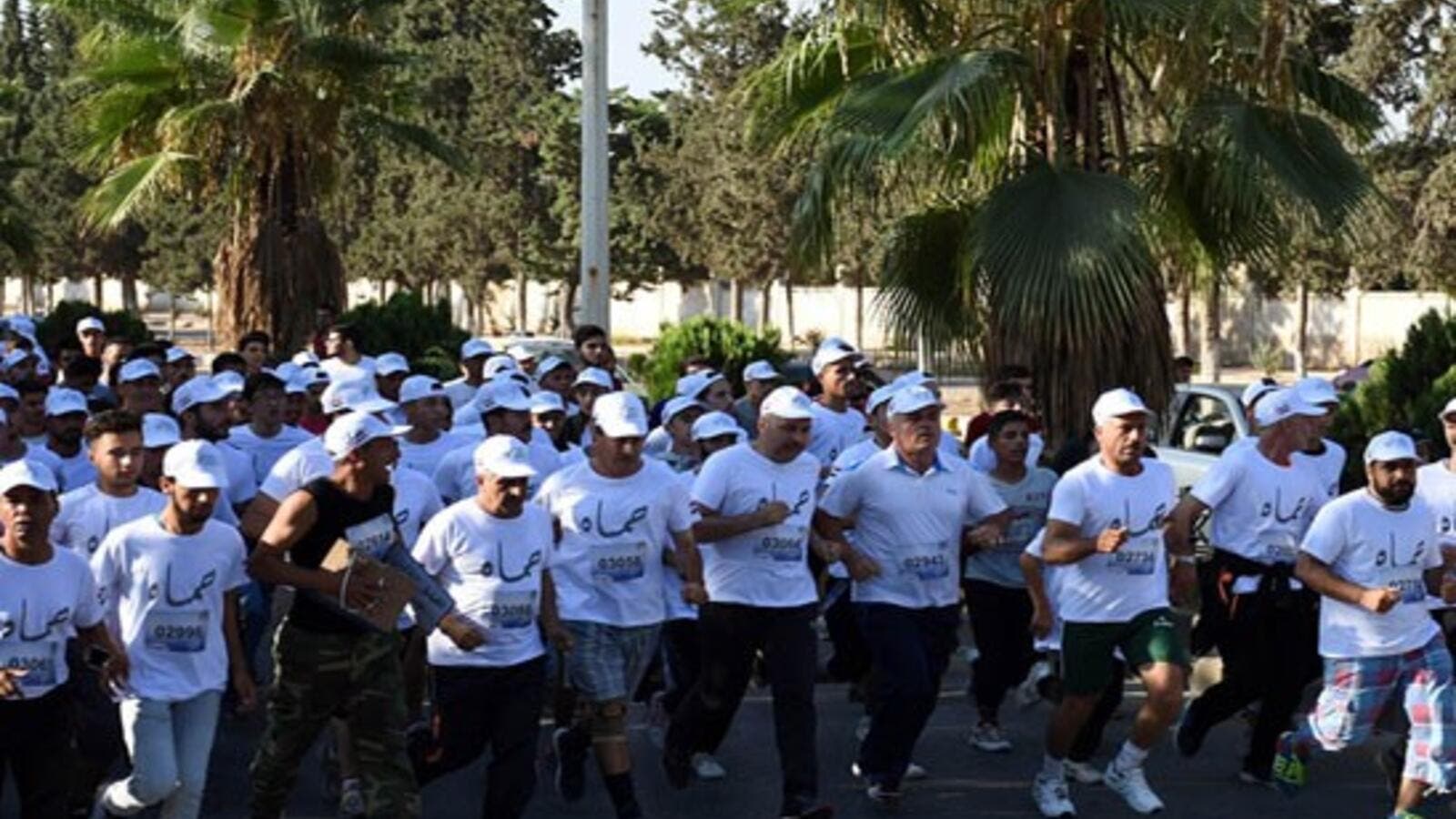 The event is held by the General Sports Federation in cooperation with Syriatel Company marking the International Day of Peace, that is observed around the world on 21 September each year to recognize the efforts of those who have worked hard to end conflict and promote peace.

At the end of the Marathon in the provinces, a group of athletes and artists will be selected to take part in its activities in Damascus, scheduled to start at 5:00 pm and wrap up with an art festival. The participants will set off from al-Mazzeh Highway opposite to Syriatel Headquarters towards Umayyad Square.

Head of Marathon’s organizing committee in Sweida, Tareq Nassr noted that the event conveys an important message about Syria’s strength, steadfastness and victory over terrorism.