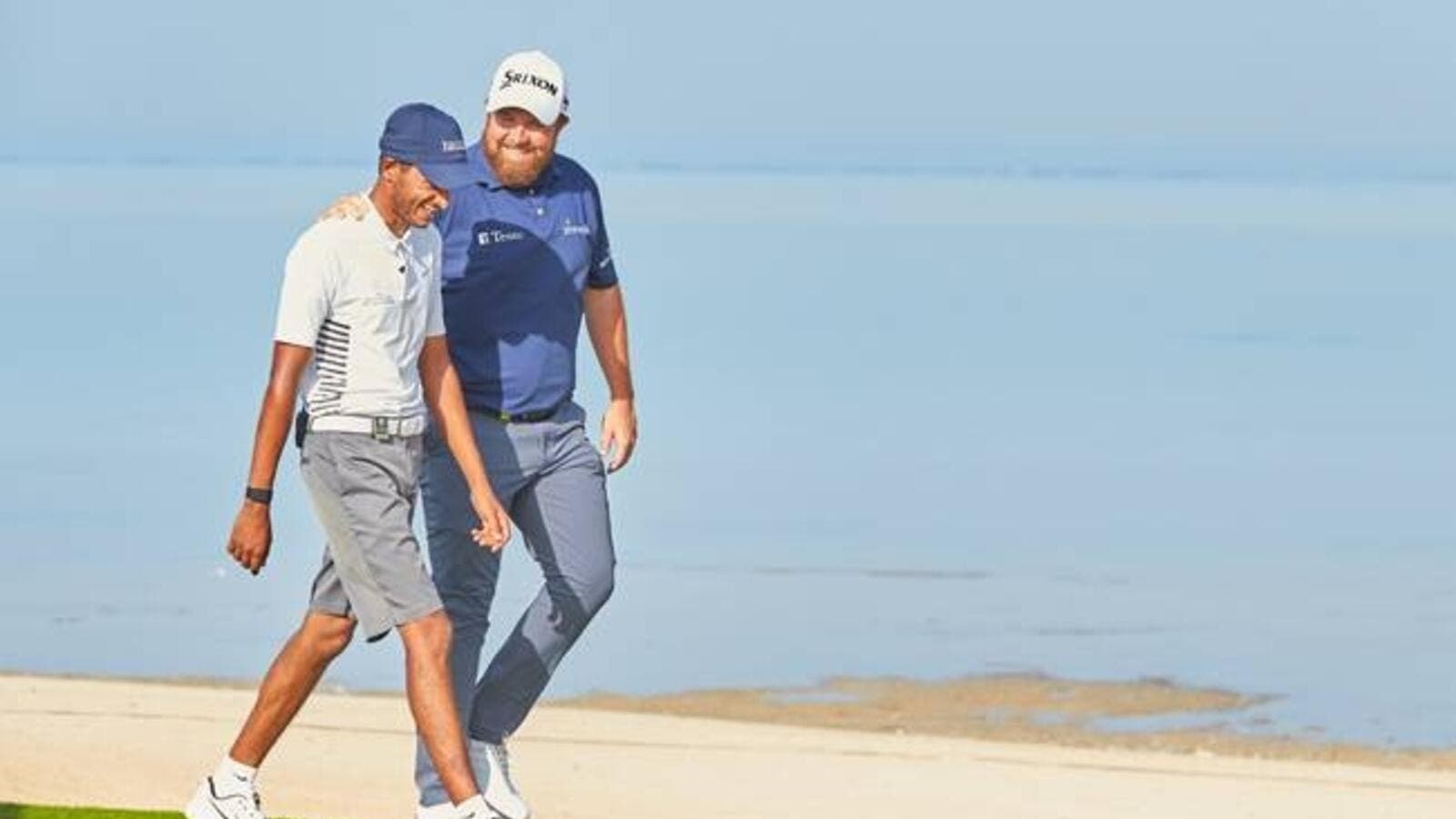 The second annual edition of Saudi Arabia’s only professional tournament, a European Tour event held at Royal Greens Golf & Country Club in King Abdullah Economic City from Jan. 30 through Feb. 2, offers both a massive opportunity and challenge to the talented trio, as golf continues to emerge as new sporting force in the Kingdom.

Calm and relaxed ahead of one the biggest weeks in their sporting lives, all three golfers addressed global, regional and local media with confidence, only focusing on the positives for coming days as they prepare to compete against the very best in the world, including American world No. 1, Brooks Koepka and world No. 5, Dustin Johnson.

Speaking ahead of what will be his second appearance in the championship, having turned professional, 12 months ago, Othman Almulla said: “It's been my dream since I started playing golf 18 years ago, to play professional and to represent the Kingdom. I’ve representing Saudi Arabia around the world on the amateur team with my national teammates.

“It's been an unbelievable journey, it’s just getting started now, I've taken the first couple of steps but I'm 100 percent confident that the other guys on the national team will join me very, very soon. We've been given an unbelievable opportunity by Golf Saudi and the Saudi Golf Federation to pursue this dream of cementing ourselves in the regional golf game and hopefully in the world some day.”

For the amateurs the task of taking on not only the world No. 1, but also defending Saudi International champion Dustin Johnson, current British Open champion Shane Lowry, and US fan-favorite Phil Mickelson. Spain’s Sergio Garcia, Henrik Stenson of Sweden, and four-time major winning South African Ernie Els, is daunting, but Alsharif and Salhab are relishing the prospect.

Both players have benefited from the outstanding support of the Saudi Arabian Golf Federation, and recently completed a national team training camp at the at the Claude Harman School in Dubai, under the watchful eye of coach Jamie McConnell in preparation for their moment in the global spotlight.

The 22-year-old, Amateur, Alsharif added: “I played with Shane Lowry this morning the Open Champion and first of all, I would like to thank the General Sports Authority and Golf Saudi for making this possible. This morning was actually pretty fun. Shane is a great guy to play with, and I had a lot of fun with him. I feel like I have the game to make it up there with those guys. It's just a matter of time for me. Yeah, I can't wait for the weekend. I'm very excited.

“I played decent last year. It was pretty tough as playing in such a big event was very new to me. But this time I’m going to go in fresh, with the same high expectations, but trusting my game and I believe that will allow me to play well.

“The golf community in Saudi is very, very supportive. We get players at a young age into the game and try and make them love the game. We have very talented players coming through the ranks and we will keep on growing with the community and the support we get around it.”

For Faisal Salhab the nerves he feels are all part of the process and something he welcomes, and he said, “If you are nervous, that means you really care. It's a good thing. I'm excited and nervous, but it's good nervous. It's extremely exciting, simple as that. Just making my debut in such a strongly packed field in the Saudi International, it's only the second, but you can see the quality in the field.”

“The people playing like Shane Lowry in the morning. We have Brooks Koepka, Dustin Johnson, a few names of the best of our sport right now. Not only in the Middle East or Europe, but the world's best players are right here. It's extremely exciting and we can't wait to play and see what we can do,” he added.

Visitors are being advised to come to the tournament early each day for what promises to be ‘The Ultimate Day Out’ for families and groups of all ages. The tournament is placing a special focus on developing the country’s future golfing pedigree, and is encouraging children, men and women to come along and give golf a try.

While the live golf will take center-stage, the off-course spectator village will run in tandem throughout and be packed with interactive, fun experiences, plus a delicious selection of food trucks and pop-ups.

Partner support as the tournament heads into its second year remains as strong as ever with SoftBank Investment Advisers, the Public Investment Fund (PIF), Rolex, Saddik & Mohamed Attar, Saudi Cargo and Invest Saudi all committing to the championship for another year, with Samba joining for 2020.