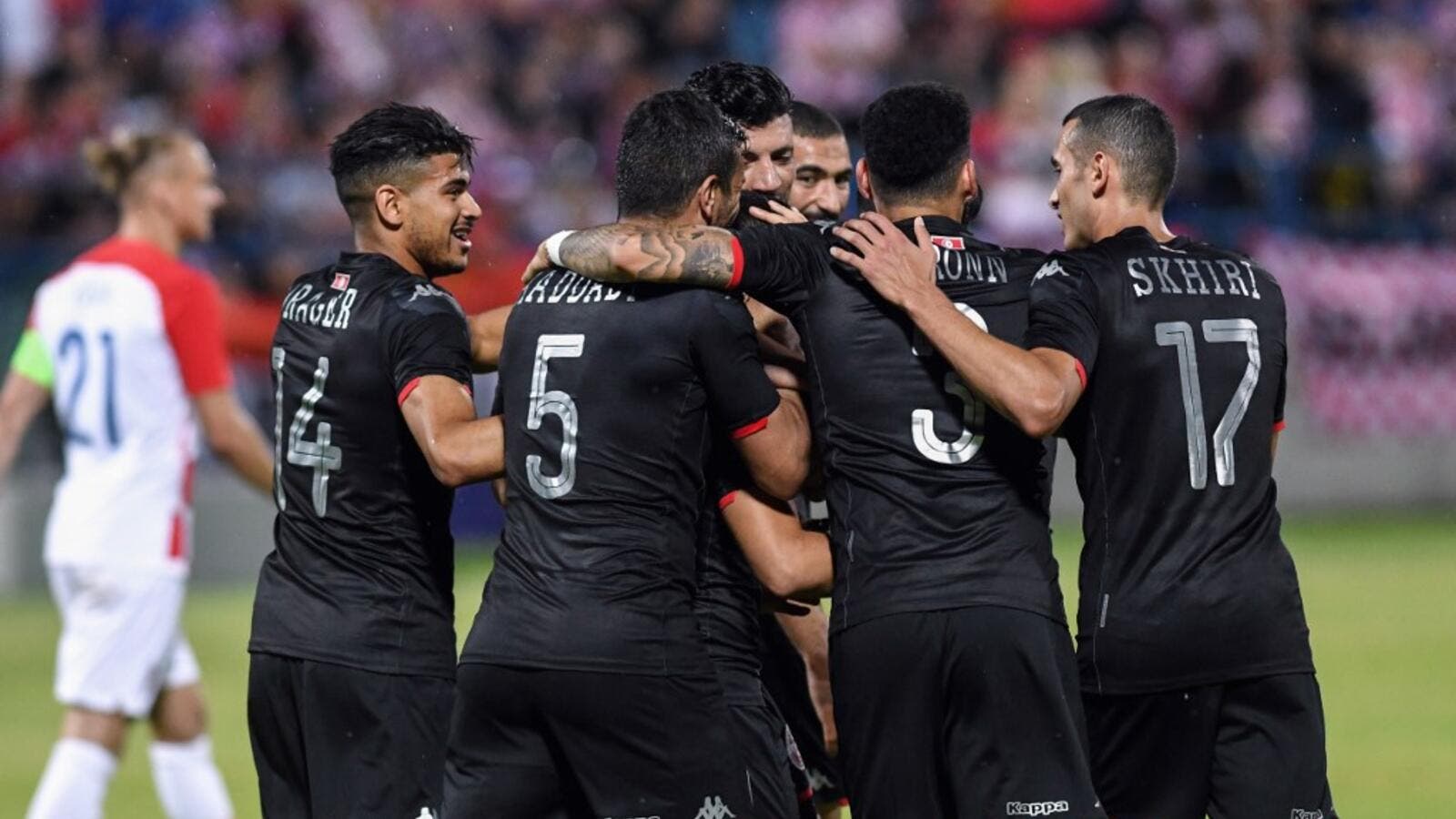 Tunisia's players celebrate after scoring a second goal during the 2019 international friendly football match between Croatia and Tunisia in Varazdin, on June 11, 2019. Denis LOVROVIC / AFP

Naim Sliti converted a penalty to give Tunisia a 2-1 away win over Croatia on Tuesday in a warm-up match for the 2019 Africa Cup of Nations, which kicks off on June 21 in Egypt.

Croatia were runners-up to France in the 2018 World Cup and after defeating Wales last Saturday in a Euro 2020 qualifier, were expected to defeat the Carthage Eagles.

But it was the north Africans who made an early breakthrough with Anice Badri from African champions Esperance Tunis scoring on 16 minutes.

Bruno Petkovic leveled two minutes into the second half and Sliti netted from a 70th-minute spot-kick to lift Tunisian morale ahead of the African tournament.

Tunisia, whose lone Cup of Nations title came in 2004 when they were hosts, are in Group E with Angola, Mali and debutants Mauritania.

Burundi, another country who will be competing at the Cup of Nations for the first time, came from behind to draw 1-1 with former champions Algeria in Doha.

Both goals came in the second half with Baghdad Bounedjah, scorer of 39 goals for his Qatari club last season, putting Algeria ahead and goalkeeper Rais M'Bolhi conceding an own-goal.

Stephane Sessegnon scored direct from a free-kick during the opening half to earn Benin a 1-0 win over fellow qualifiers Guinea in Moroccan city Marrakech.