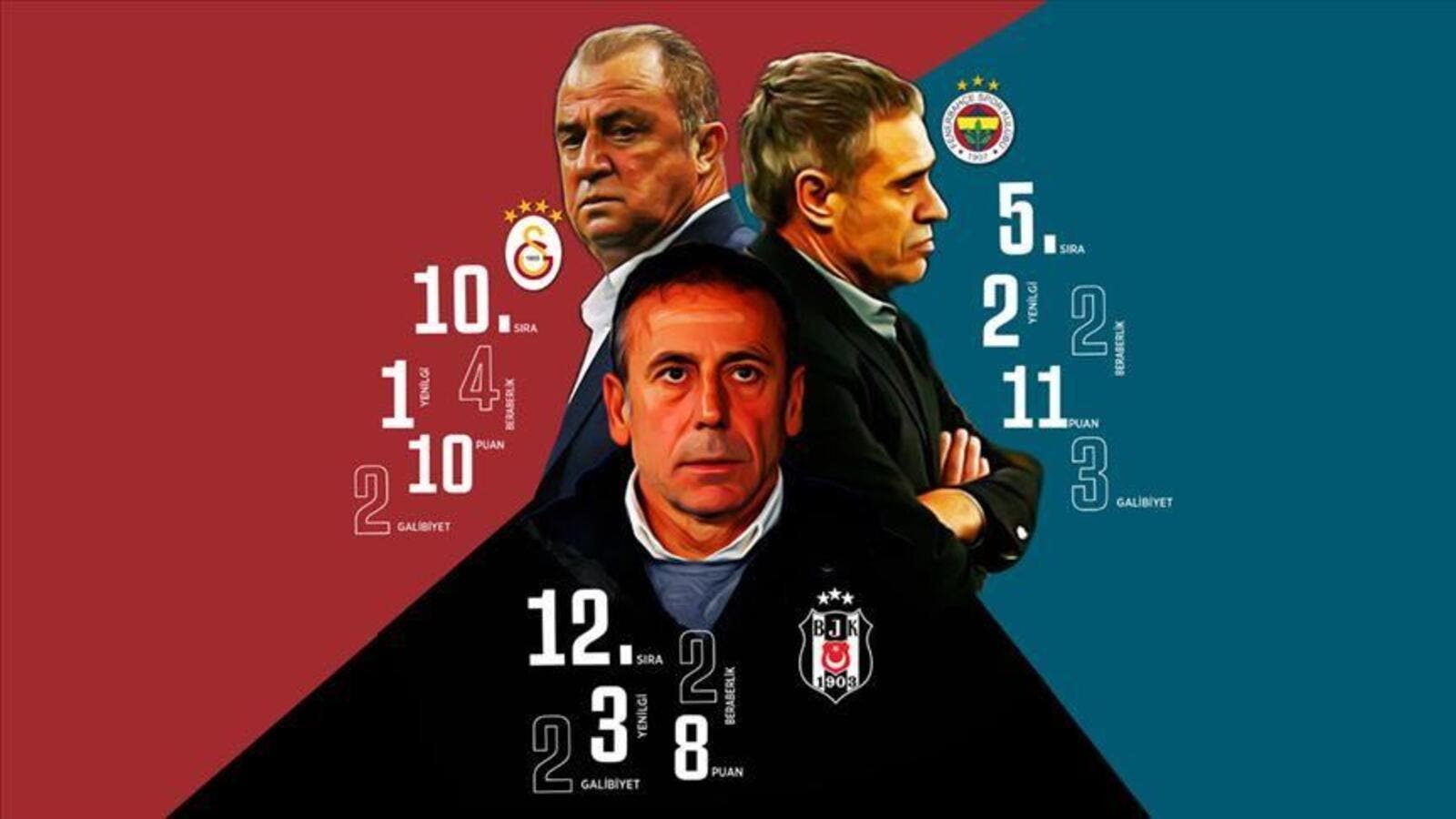 Turkish Super Lig's top Istanbul clubs Galatasaray, Fenerbahce and Besiktas have made history with their poor performance this season so far.

All three Istanbul teams recorded their worst performance at the end of first seven league matches since the 1979-1980 season.

Turkish Super Lig's title holders Galatasaray, Fenerbahce and Besiktas are all out of top four at the end of the Week 7 for the first time since 1979-1980 season.

Fenerbahce are in fifth place with 11 points with three wins, two draws and two defeats as reigning champions Galatasaray have collected 10 points and are now at 10th place, with two wins, four draws and one loss this season.

Besiktas managed to collect only eight points with two victories, two draws and three defeats so far. They are in 12th spot.

At the end of the Week 7, Alanyaspor, Sivasspor, Trabzonspor and Konyaspor are in the top four in the standings.