Published May 25th, 2021 - 01:16 GMT
UEFA Champion League final live and exclusively on beIN Sports across all 23 countries of MENA (Photo: Supplied)
Highlights
Legends Arsene Wenger, Mohammad Aboutrika, Marcel Desailly, Ruud Gullit, and others to lead beIN SPORTS’ coverage in one of the greatest weeks of football

beIN SPORTS will broadcast the UEFA Champions League final and the UEFA Europa League final live and exclusively to its millions of viewers and subscribers across the 23 countries of the Middle East and North Africa (MENA), from Morocco in the west to Oman in the east – and every country in between.

Starting with the UEFA Europa League, Wednesday’s final will see two heavyweights from England and Spain go head-to-head for the coveted trophy. 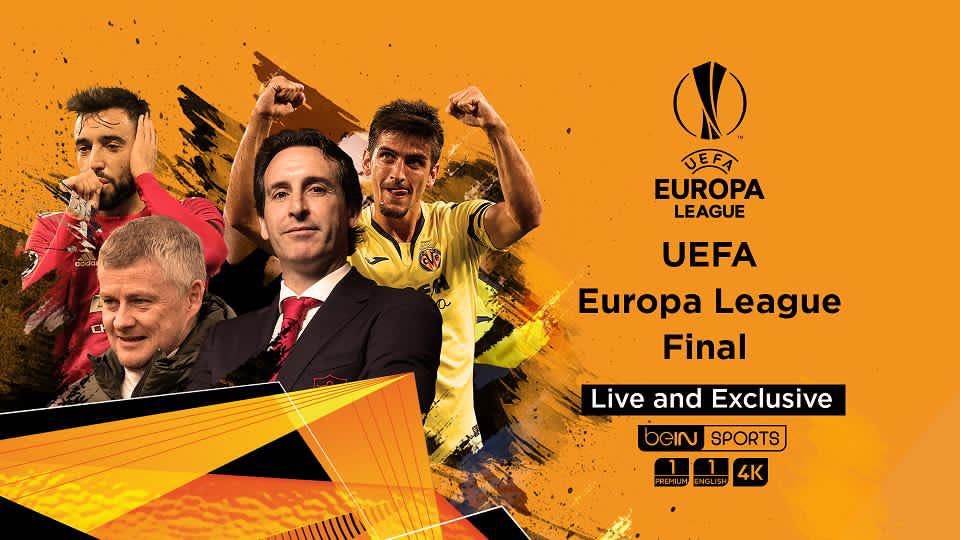 Manchester United, led by their manager Ole Gunnar Solskjaer will have his eyes set on the team’s 2nd UEFA Europa League trophy and finish their season on a high. With players such as Bruno Fernandes, Paul Pogba, Marcus Rashford and Edinson Cavani all fit, the Red Devils have a great chance to lift the trophy.

It will be no easy task for Manchester United as Villareal, led by UEFA Europa League expert Unai Emery will be determined to win their first ever UEFA Europa League trophy after reaching three semi-finals in 2004, 2011 and 2016. Villareal’s manager Unai Emery is a specialist in this competition having won it three times in a row with Sevilla as well as reaching the final with Arsenal in 2019. 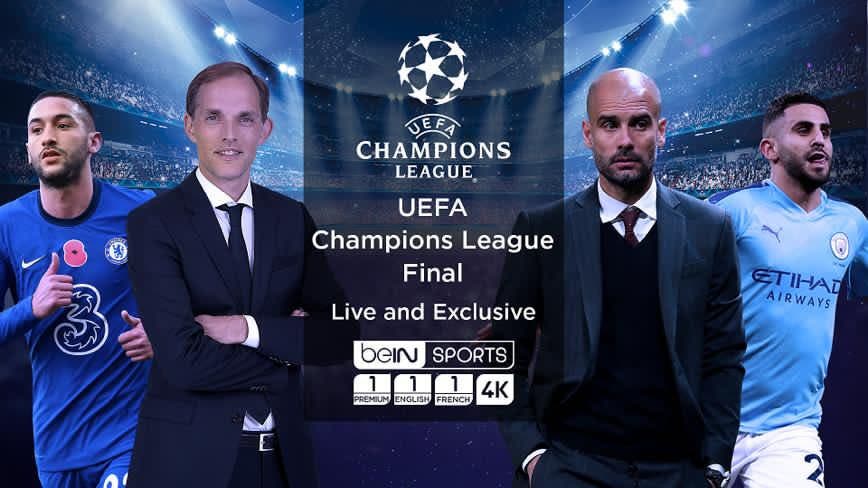 Known worldwide as the most prestigious football club competition on the planet, this year’s UEFA Champions League sees English rivals Manchester City and Chelsea compete for Europe’s most coveted trophy.

Pep Guardiola’s Manchester City will play their first ever UEFA Champions League final, but with players such as Raheem Sterling, Gabriel Jesus, Kevin De Bruyne and Riyad Mahrez in their ranks – they have a strong chance of winning this year’s competition. Manchester City have already won this year’s English League Cup and English Premier League title.

Chelsea, led by German manager Thomas Tuchel will want to clinch their second ever UEFA Champions League final after defeating Bayern Munich in 2012. The West London club host a promising young team who may be inexperienced but are hungry for glory.

beIN SPORTS will also host exclusive programs dedicated to the UEFA Champions League final, including ‘UEFA UCL – the players documentary’ which will be broadcast on Saturday 29 May at 18:30 Mecca Time (GMT +3) on beIN SPORTS 1 Premium. The global sports channel will also broadcast a documentary on ‘Arabic stars in the final’ which features Arab stars Hakim Ziyech and Riyad Mahrez at 20:00 Mecca time. Other exclusive shows on beIN SPORTS include ‘Countdown show’ with Assia Abdullah and Haytham Farouk at 20:30 Mecca Time.

beIN MEDIA GROUP also recently announced that the exclusive summer early bird promotion has been extended to 31 May. To watch all the major tournaments and competitions, the beIN summer early bird promotion offers subscribers the chance to watch the best exclusive sports tournaments on air including the UEFA Euro 2020, Copa America 2021, Total Africa Cup of Nations, Cameroon 2021 and FIFA World Cup Qatar 2022 and save 6 months on your ULTIMATE package subscription.

To enjoy a world of sports and entertainment on beIN, please visit www.bein.com/en/subscribe/