Who are The Best Attackers on FIFA 20? 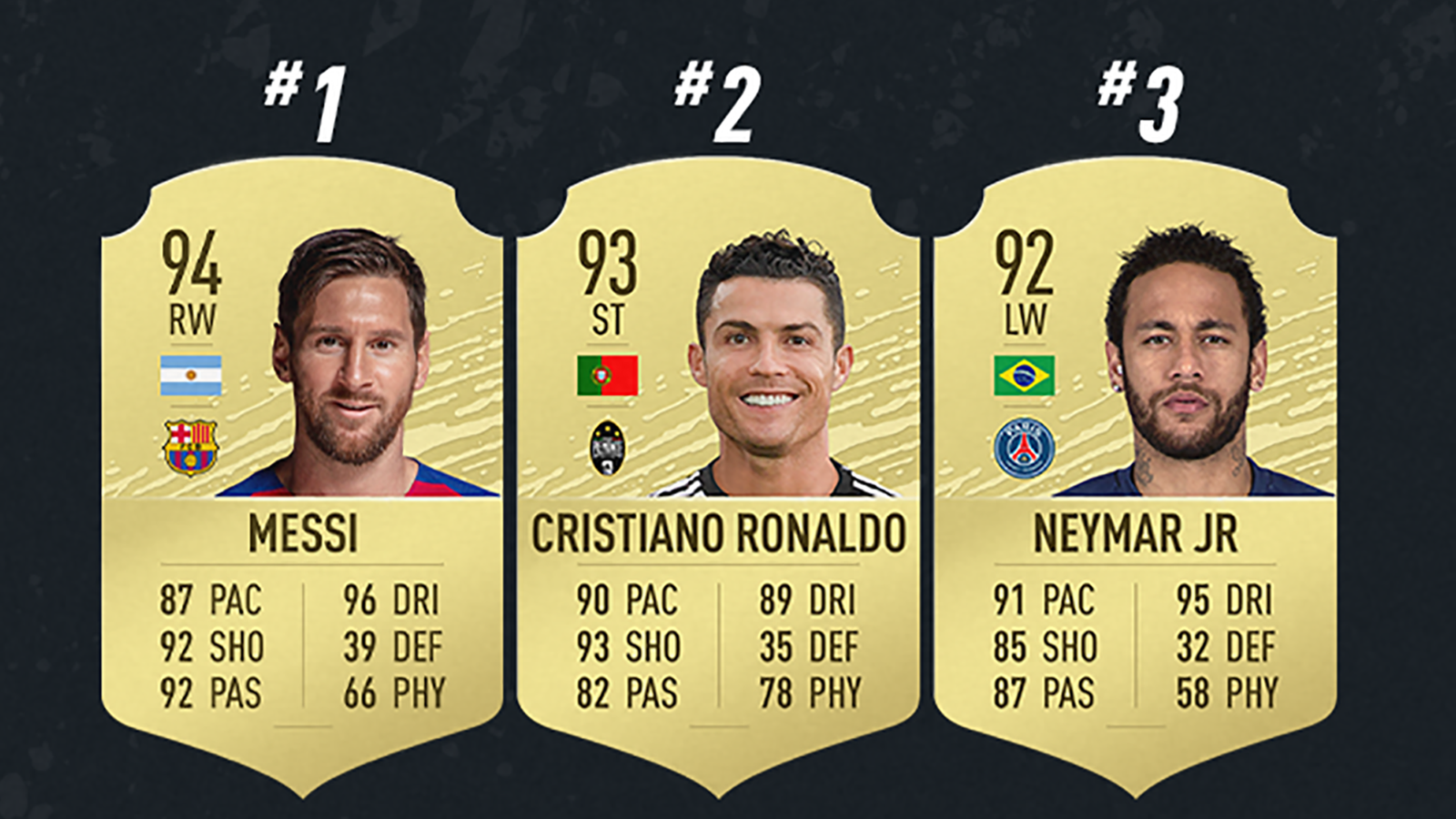 Lionel Messi has pipped Cristiano Ronaldo to the top of the FIFA 20 rankings, with Neymar close behind (Photo: EA Sports)

Ratings for FIFA 20 were released on September 9, with Lionel Messi being revealed as the highest-rated player in the game – beating long-time rival Cristiano Ronaldo.

Ahead of the worldwide release of the game on September 27, EA Sports announced its latest rankings for the world's best footballers.

The Argentina and Barcelona superstar was named the best footballer in the world in FIFA 20 with his 94 rating that beats Ronaldo, who was given a score of 93. Last year, the two were given the same rating of 94, so the Portugal international's overall rating has been downgraded to 93 – though he still comes out top in pace and shooting.

Ronaldo won't be competing with Juventus in the new edition of FIFA, however, due to an exclusive naming rights deal the Serie A giants have with Konami – so he will instead be registered with Piemonte Calcio.

Neymar has been given 92 rating for the fourth year in a row, trailing behind Messi and Ronaldo once again. New Real Madrid arrival Eden Hazard is fourth with a rating of 91, besting Liverpool and Egypt forward Mohamed Salah, who has risen up the ranks to 90 following his Champions League victory with the Reds.

The Uruguay and Barcelona striker has been downgraded from his 91 rating last year to 89, while Mbappe has been upgraded from 87. Meanwhile, Bayern's Lewandowski has dipped slightly in his current 89 rating after his 90 overall rating.

Manchester City and England winger Raheem Sterling is on an 88 rating, up from 85, in a reflection of his stunning season with the Premier League's defending champions. The likes of Pierre-Emerick Aubameyang, Edinson Cavani and Sadio Mane also sit on 88, with Mane enjoying a ratings increase from last year's overall of 86.

They are followed by Karim Benzema, who experienced an uncharacteristic trophyless season at Real Madrid, but had his previous rating of 86 increase to 87. Tottenham's Son Heung-min, who suffered a Champions League final blow to Liverpool, Napoli duo Lorenzo Insigne and Dries Martens as well as Bernardo Silva are also on 87.

Romelu Lukaku, who completed a fresh transfer from Manchester United to Juventus in the summer has an 85 rating, alongside new PSG striker Mauro Icardi and LA Galaxy star Zlatan Ibrahimovic.