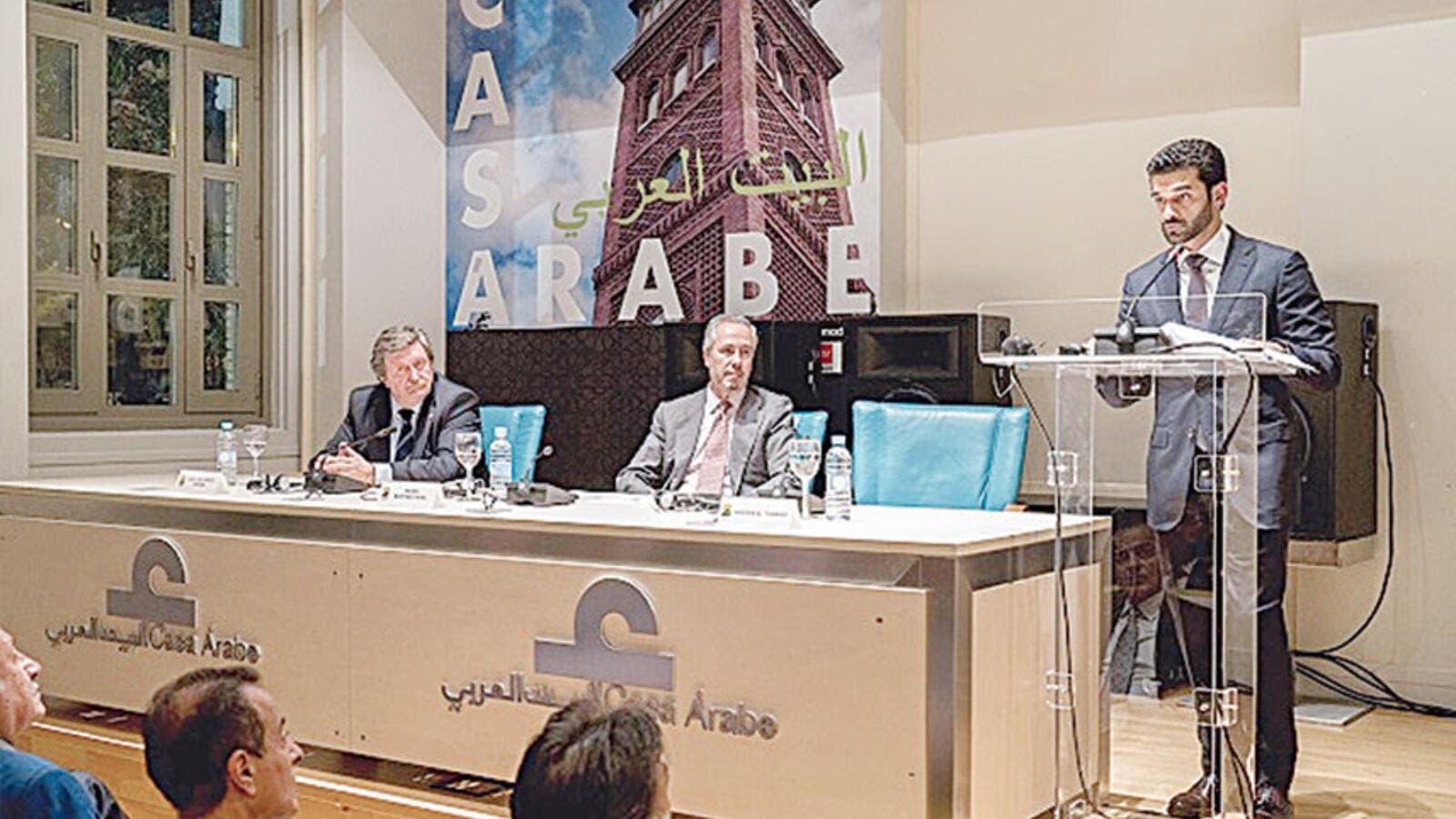 The Secretary-General of the Supreme Committee for Delivery & Legacy (SC), Hassan al Thawadi delivered a keynote speech in Spanish at Casa Arabe in Madrid this week.

Following on from his address at the headquarters of the United Nations in New York last month, where he was speaking on the sidelines of the UN General Assembly, as well as keynote speeches at Cambridge University and Chatham House in the UK, the speech highlighted the potential for peaceful coexistence through sport.

"Sport is a platform where the principle of peaceful coexistence is brought forward. This World Cup in Qatar represents an opportunity for the region and especially for the young generations who are our future," said Thawadi in front of gathered dignitaries, officials and sports figures.

"In Qatar we believe in mutual respect and the principle of peaceful coexistence. We are a mosaic of people of different nationalities, beliefs and cultures, living together and in harmony. In the organization which I have the privilege to lead, fifty-four nationalities are working towards a common vision."

Casa Arabe is celebrating its tenth anniversary this year in the Spanish capital, and continues to grow in strength as a vital cultural and social platform which brings together the worlds of culture, sports and art, among others.

The speech was delivered in front of diplomats and dignitaries including Qatar'b4s ambassador to Spain, HE Mohammed bin Jaham al Kuwari, and sports officials, including introductory comments from the Director-General of Casa Arabe,

Thawadi also highlighted the power of the 2022 FIFA World Cup Qatar to leave a lasting human and economic legacy.

"Our region and their youngsters have a lot to offer, but they fight on a daily basis against stereotypes. We want to make sure that this World Cup leaves a lasting economic and social legacy.

"We have a dream. We know it is big, difficult and represents a big challenge, but we won't stop when we are faced with challenges."

Meanwhile, the President of the Spanish Football Association added that the country was fully behind Qatar'b4s preparations for an innovative tournament in 2022.

"We are close to a historic achievement, one which has been long sought by the Arab world. We have always seen Qatar as a unique host nation, an epicenter of modernity and innovation. Some of our best players know the Qatari passion for football and other sports. The links between the Arab world and Spain are strong, together we have lived important moments. We were very happy with the choice of Qatar."

"Football is the strongest of bridges between cultures, and helps to bring together people, establish contacts and create deep friendships. We would like to repeat our World Cup win in South Africa in 2022. We know that many fans in Qatar follow our team and our clubs. Qatar, which has already hosted Asian Cup, Asian Games or the Handball World Cup, among many other major events, will add in this way another chapter to its significant hosting history. Their passion is contagious. We have seen the capacity of a country, to host the best events in the world."

On the sidelines of the Casa Arabe speech the SC Secretary General also conducted major media interviews in the Spanish capital, including with leading newspaper El Pais, as well as with sports paper AS and Spanish national television TVE.