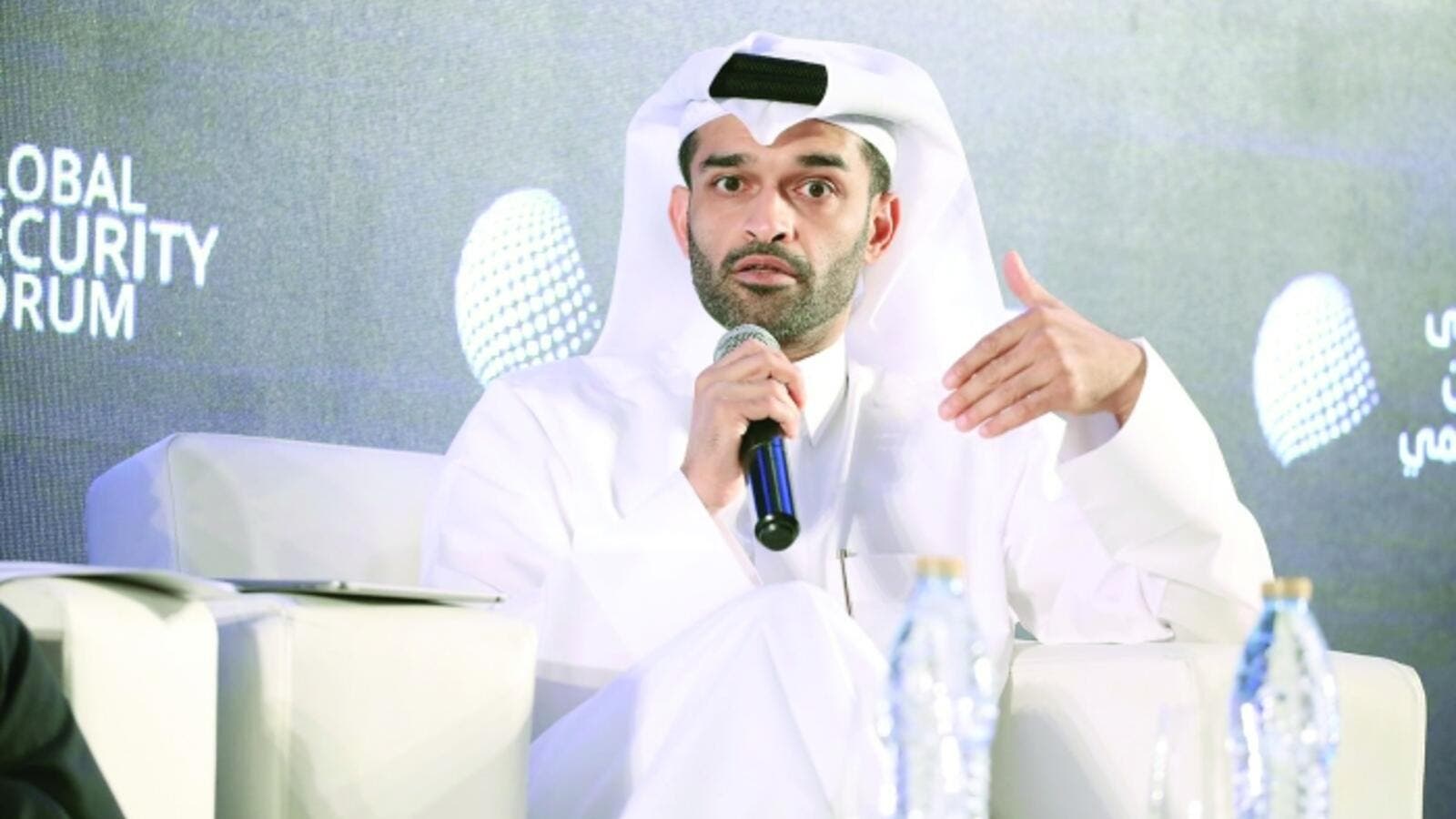 Secretary-General of the Supreme Committee for Delivery & Legacy (SC), Hassan al Thawadi, has described the FIFA World Cup Qatar 2022 as a ‘unique event’ which has a special opportunity to act as a catalyst for global workers’ rights reform and unifying people across the region.

Speaking during the Global Security Forum in Doha, Thawadi covered a range of Qatar 2022 subjects, including the impact of the blockade on preparations, workers’ welfare reforms in Qatar and the opportunity the tournament provides to deliver a social and economic legacy across the Middle East.

“In 2025 or 2026 I want us to be able to point at individuals, at families, at companies, at enterprises who are able to say ‘as a result of the World Cup, this is where I am today – these are the people that are being employed within my company because of this World Cup; this is our contribution to the region’s development and this is our contribution to the region’s stability,’” said Al Thawadi, who was speaking to Mark Mazzetti from the New York Times.

Thawadi went on to say the true legacy of Qatar 2022 would be felt years after the tournament has concluded.

“Anybody who has seen Qatar over the last 20 years knows that we host major events at a very high level of success, so I don’t have any concern there. We’ll be able to do it and we’ll be able to do something that people will be happy about. The real measure of success is beyond it – have we been able to contribute to the region, to the individuals within the region? The real measure of success is that for years after the tournament the benefits are still being reaped.”

During the two-day conference, held at the Doha St Regis, a wide range of leaders, experts, practitioners and policy-makers from government, academia, media, entertainment, international organizations and the humanitarian sector convened to discuss and offer solutions that address the international community’s leading challenges.

Another of the key topics raised was workers’ welfare within Qatar, and the wide-ranging reforms already implemented by the SC and its stakeholders. Something, Al Thawadi said, the country can feel rightfully proud of, while also acknowledging there is still a lot of work to be done.

He said: “It’s something the State of Qatar has recognized before hosting the World Cup, but since winning the World Cup – and with the spotlight – initiatives were accelerated.”

On the subject of the reimbursement of illegal recruitment fees, Thawadi highlighted the progress made in its commitment, in collaboration with local companies, to ensure more than QAR 100 million is paid back to 40,000 workers over the next three years.

“This is something we can be very proud of; I believe only Apple has been able to address this issue more efficiently than us globally.”

Thawadi also pointed out the work and research being carried out in collaboration with the International Labor Organization; the health checks, nutritional education, cooling suits and electronic medical record ID cards being delivered to workers across SC sites – and highlighted the progress made since winning the bid. However, he was keen to point out that more can always be done.

“There is no nation in the world today that can claim they have addressed every aspect of worker welfare reform; and the State of Qatar is no different,” he continued. “But I’m very proud of the reforms that are being delivered – by both the Supreme Committee and the State of Qatar as a whole – as a result of the catalyst of the World Cup.

The secretary general also highlighted the need for reforms to be carried out not only hastily, but more importantly, effectively, saying that in order for the impact to be long-lasting the country must be allowed time to deliver on its promises.

“One of the criticisms is that it’s not being done fast enough – and I want to address that,” he added. “If you want to create a change in the labor market which has legal, social and economic implications – and you want these changes to be permanent – it will take time. You cannot change it overnight because as soon as you do that it can just as easily snap back.”

“We’re doing it out of our commitment and conviction that we want these changes to be permanent and last forever. It’s an ongoing process but we are working hard to ensure the safety, the security and more importantly the dignity of everybody – without exception – working in the State of Qatar – is protected and maintained.”