World Cup Qatar 2022 Will Be a Dream for Players and Fans, Says Beckham 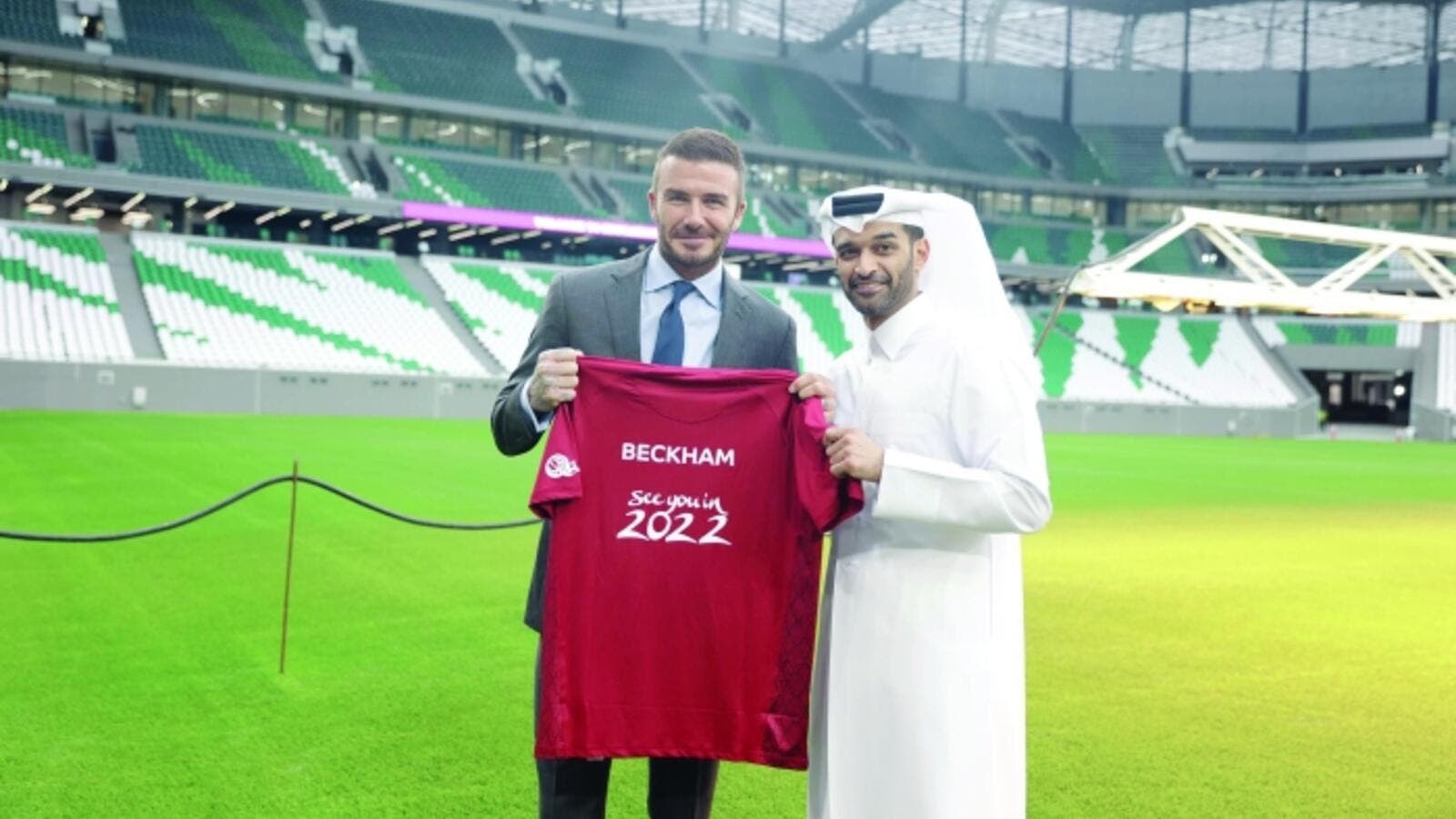 England legend David Beckham believes Qatar will host a unique version of the FIFA World Cup in 2022 that will inspire future generations.

During a visit to Education City Stadium - exactly three years before the Qatar 2022 final will take place - the former Manchester United, Real Madrid, AC Milan, LA Galaxy and Paris Saint-Germain star said Qatar’s tournament will be ‘a dream’ for players and fans thanks to its friendliness and state-of-the-art facilities.

“I think as a player and a fan you want to visit a World Cup competition with great facilities, safe facilities, great hotels and great culture –and that’s what Qatar is all about,” said Beckham, who was given a tour of Education City Stadium by Secretary-General of the Supreme Committee for Delivery & Legacy Hassan al Thawadi.

“I wish I was still playing because to play in stadiums like this, it’s a dream. Players are going to be spoilt here,” he added.
Beckham, who won 115 caps for England, said it is important to take the World Cup to new countries.

“That’s what the World Cup is all about - giving countries the chance to host the biggest competition in the game. It changes economies, changes people’s lives, changes fan experiences and gives people an opportunity to experience football in places you wouldn’t expect to visit. It’s given Qatar an opportunity to do something that’s so special and, as you see, something unique is really being created here.”

A regular visitor to Qatar in recent years, Beckham said he had seen the country rapidly evolve.

“I’ve been here quite a few times and I’ve seen the change and development,” said Beckham, who was visiting to attend the FIFA Club World Cup semi-final between CF Monterrey and Liverpool FC at Khalifa International Stadium.

“Most importantly, it’s always been such a family environment here – and I think that is something as a player and a fan you really want at a World Cup. Three years to the day until the World Cup final it’s going to be pretty incredible.”

Beckham, who won 19 major trophies during a glittering 20-year playing career, added that Qatar 2022 will inspire young people across the country and around the world.

“I think that’s the greatest thing about the World Cup - it inspires future generations,” he continued. “There will be a lot of children in Qatar seeing their own national team playing games and saying ‘maybe that can be me one day.”

Thawadi took the chance to thank Beckham for visiting Education City Stadium, which will become the third tournament venue to be unveiled when it opens in early 2020.

“It was a pleasure to welcome David to Qatar and show him round our latest tournament venue, Education City Stadium. It was wonderful to hear him say how impressed he is with the stadium and that he’s excited about the World Cup being hosted in the Middle East and Arab world for the first time. I look forward to seeing David again over the coming years and, of course, during the tournament,” Thawadi said.