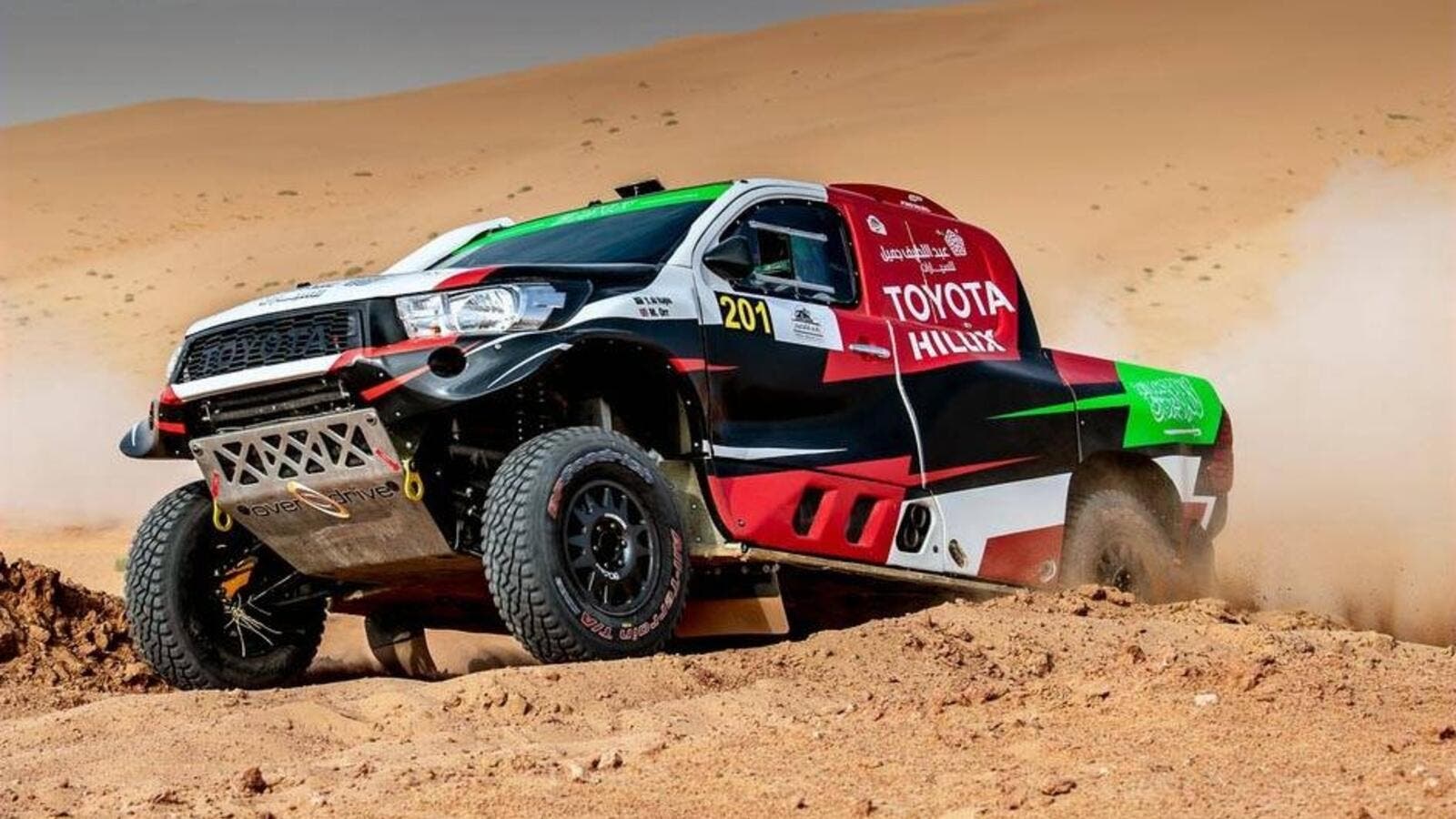 Saudi Arabia’s Yazeed Al-Rajhi overcame an overnight five-minute time penalty that had pushed him down to second place to recover, set the second fastest time and confirm victory in Rally Qassim 2019, the second round of the Saudi Toyota Desert Rally Championship, on Saturday.

The Toyota Hilux driver was handed the time penalty by race officials on Friday evening for receiving outside assistance in the stage after his driveshaft issue. That had lifted Yasir Seaidan into the lead at the restart, but the challenge to Al-Rajhi and Ulster co-driver Michael Orr actually came from Sheikh Khalid Al-Qassimi on the last day.

The Abu Dhabi Racing driver set the fastest time of 1hr 47min 04sec on the Al-Shamasiya stage in his Peugeot 2008 and he and French co-driver Xavier Panseri reached the finish a mere 10 seconds adrift of Al-Rajhi’s Toyota after an impressive drive.

“I am very happy to win Rally Qassim after the problems we had yesterday with the differential and losing a lot of time,” said Al-Rajhi.

“I enjoyed the rally very much. The organizers did a great job to put on the first edition of Rally Qassim. The number of competitors was very high, even more than some of the international rallies in this region.

“It was tough to lose so much time on Friday. It was difficult to get that time back today because the stages are flat out. I would also like to thank my strategic partner Toyota and Abdul Latif Jameel Motors. The Hilux was in its best place in the desert.”

Seaidan and Portuguese co-driver Paulo Fiuza had to settle for third place in their X-raid-built MINI All4 Racing after finishing the day’s special a little under four minutes behind Al-Qassimi.

Essa Al-Dossari and French co-driver Sébastien Delaunay reached the Buraidah finish in fourth overall on the new off-road event being organized by the Saudi Automobile and Motorcycle Federation (SAMF) under the chairmanship of Prince Khalid Bin Sultan Al-Abdullah Al-Faisal.

Czech Miroslav Zapletal moved up to fifth in his Ford F-150 Evo, Khalid Al-Feraihi was sixth and Emirati Abdullah Al-Heraiz climbed to seventh in his Nissan when Ali Al-Kharraz lost time and slipped out of contention. The Nissan trio of Ahmed, Faris and Mutair Al-Shammeri rounded off the top 10.

Eleventh-placed Yousef Al-Suwaidi confirmed the win in the T2 section for series production cross-country vehicles and Khalil Al-Tuwaijri won T3 and headed a Can-Am 1-2-3 in the category from Yousef Al-Dhaif and Saleh Al-Saif.

UAE rider Mohammed Al-Balooshi sealed victory in the motorcycle category with the second fastest time on the last stage on his KTM 450 Rally. The success was the Emirati’s second in the space of a month after his recent win at the Jordan Baja.

Saudi rider Mishal Alghuneim finished second overall, 4min 01sec behind Al-Balooshi, after winning Saturday’s stage in a time of 2hr 30min 20sec. Kuwait’s Abdullah Al-Shatti had been awarded seven hours of time penalties for missing waypoints on Friday and he came in seventh.

Abdulmajeed Al-Khulaifi sealed an emphatic victory in the quad section on his Yamaha with a final stage time of 2hr 42in 14sec. That gave the Saudi a winning margin of 1hr 43min 49sec over Riyadh Al-Oraifan. Sultan Al-Masoud made it a Yamaha 1-2-3, despite picking up 90 minutes of time penalties for missing waypoints.

Ibrahim Al-Muhanna teamed up with Osama Al-Sanad and Raed Abo Theeb to guide the sole Mercedes truck to the finish in the T4 category.