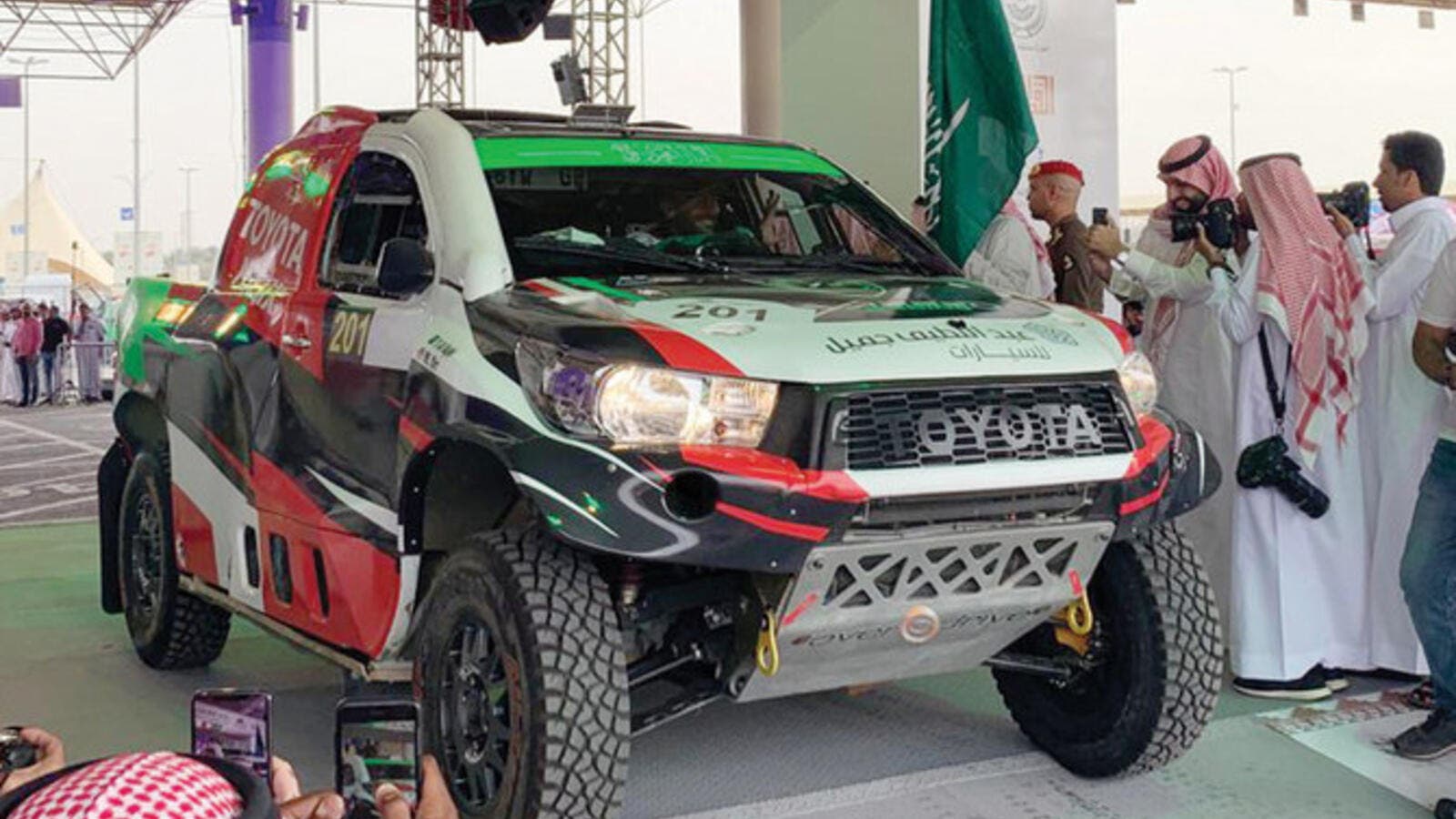 Yazeed Al-Rajhi at the start of the Rally Qassim 2019 on Thursday. Al-Rajhi leads the event after the super special stage. (Photo/Supplied)

Organized by the Saudi Automobile and Motorcycle Federation (SAMF), 56 cars, one truck, 13 motorcycles and seven quads were eventually flagged away from the start in Buraidah by Prince Khalid bin Sultan Al-Abdullah Al-Faisal, chairman of the SAMF.

Abu Dhabi Racing’s Sheikh Khalid Al-Qassimi carded a time of 3min 17sec and held 10th place in his Peugeot 2008, despite feeling unwell and running a temperature.

Al-Gafari topped a competitive T3 category at the wheel of his Can-Am Maverick X3 and held a fine third overall, with Saleh Al-Saif and Yousef Al-Dhaif tied in fifth overall and equal second in T3, a mere 0.3 seconds behind their fellow Saudi.

UAE rider Mohammed Al-Balooshi topped the standings on two wheels on his KTM 450 Rally with a time of 3min 14.8sec, while the leading quad runner was multiple Ha’il International Rally winner Abdulmajeed Al-Khulaifi. He had got the competitive action underway on his Yamaha and finished the stage 4.8 seconds quicker than fellow Saudi Sufyan Al-Omar.

Rally Qassim 2019 is running with the support of the Saudi Automobile and Motorcycle Federation, the General Sport Authority, Abdul Latif Jameel Motors (Toyota), the MBC Group and Al-Arabia.

Two desert selective sections at Umm Sidrah and Al-Shamasiya make up the real meat of the desert off-road action on Friday and Saturday before the finishing ceremony starts at 18:10hrs on Saturday evening.