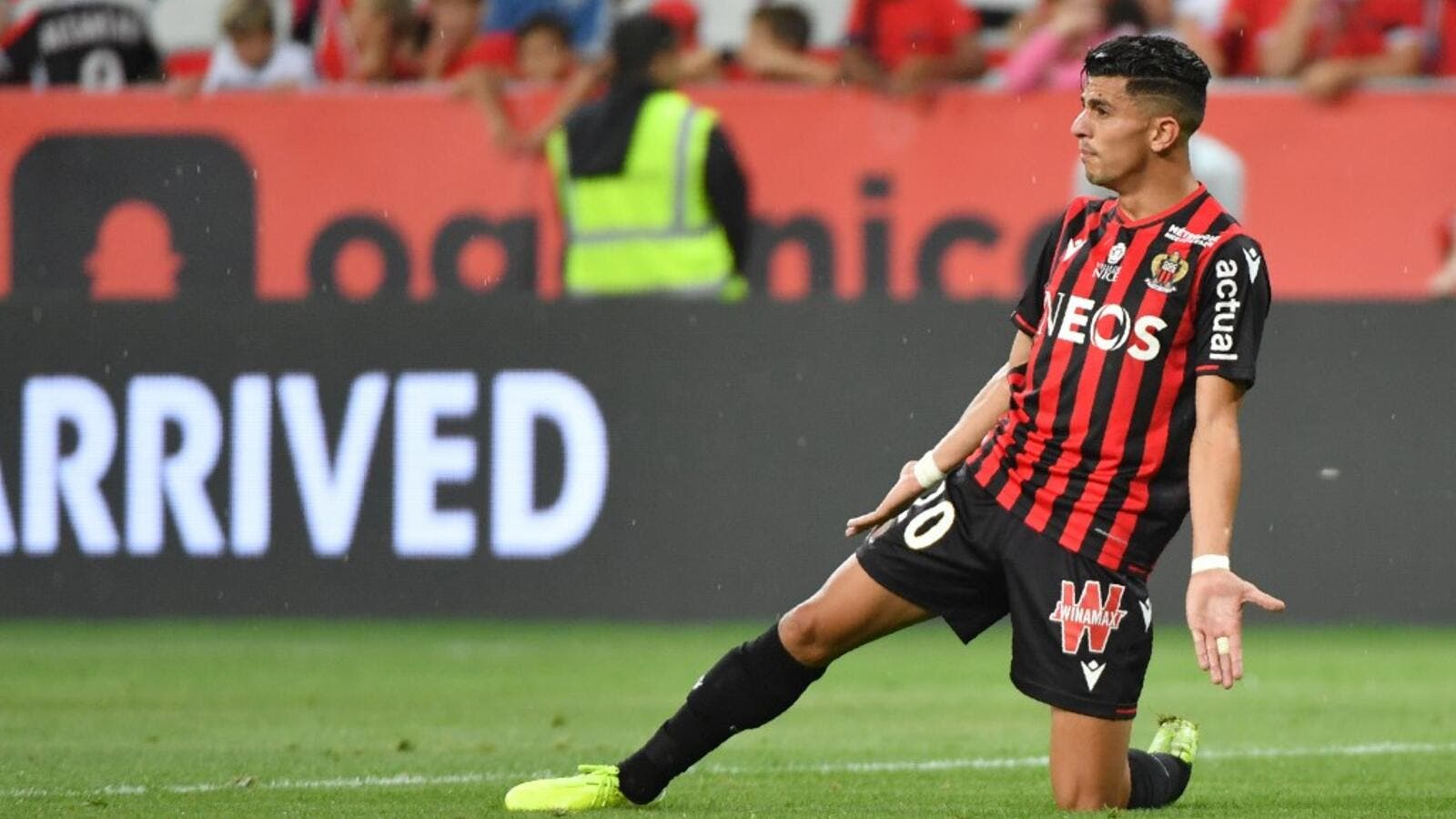 Nice have confirmed that exciting full-back Youcef Atal will be “out of action for a long time” following a knee injury sustained in Saturday’s Ligue 1 encounter against Metz.

Patrick Vieira’s side ran out 4-1 winners over the league’s basement side thanks to a couple of goals from Wylan Cyprien and second-half strikes from Ignatius Ganago and Pierre Lees-Melou.

However, the evening had a sour taste as Atal was withdrawn on a stretcher after 28 minutes to be replaced by Ganago.

Nice confirmed their worst fears via a statement on their official website on Sunday after an investigation into his condition had taken place.

“Bad news for Youcef Atal and Les Aiglons. Forced to go off half an hour into the game against Metz this Saturday, the Algerian international has undergone additional examinations,” it reads.

“The diagnosis revealed a meniscal lesion in the right knee. The 23-year-old, who will be operated on soon, will unfortunately be out of action for a long time.

Capable of playing at right-back or on either wing, the 23-year-old Algeria international had been one of the revelations in Ligue 1 last season, during which he scored six goals in 29 appearances, playing a vital role as Vieira’s men finished in the top half of the table.

Such form had led him to be linked with some of Europe’s biggest sides during the summer and, though no transfer materialised, he was once again closely linked with a January switch to Chelsea.

“Yes, there are clubs that wanted me at that time,” Atal told Canal+ last month, reflecting on the summer. “Last year it was too early [for a departure]. And even today, I'm focusing on another great season.

“I can play in a big club, that's part of my goals. I work for that. There is not a player who will tell you that he would not like to play for a big club.”

Atal had already missed the start of the season because of a collarbone fracture that was sustained playing with his national team in the Africa Cup of Nations quarter-finals against Ivory Coast, having previously been an ever-present on the field when it mattered.

Algeria negotiated their way to the title without him, beating Senegal 1-0 in the final.

His latest setback, however, is the worst he has suffered in a promising career that saw him breakthrough at Paradou AC in his homeland before moving to Kortrijk in Belgium, where he attracted the attention of Nice.