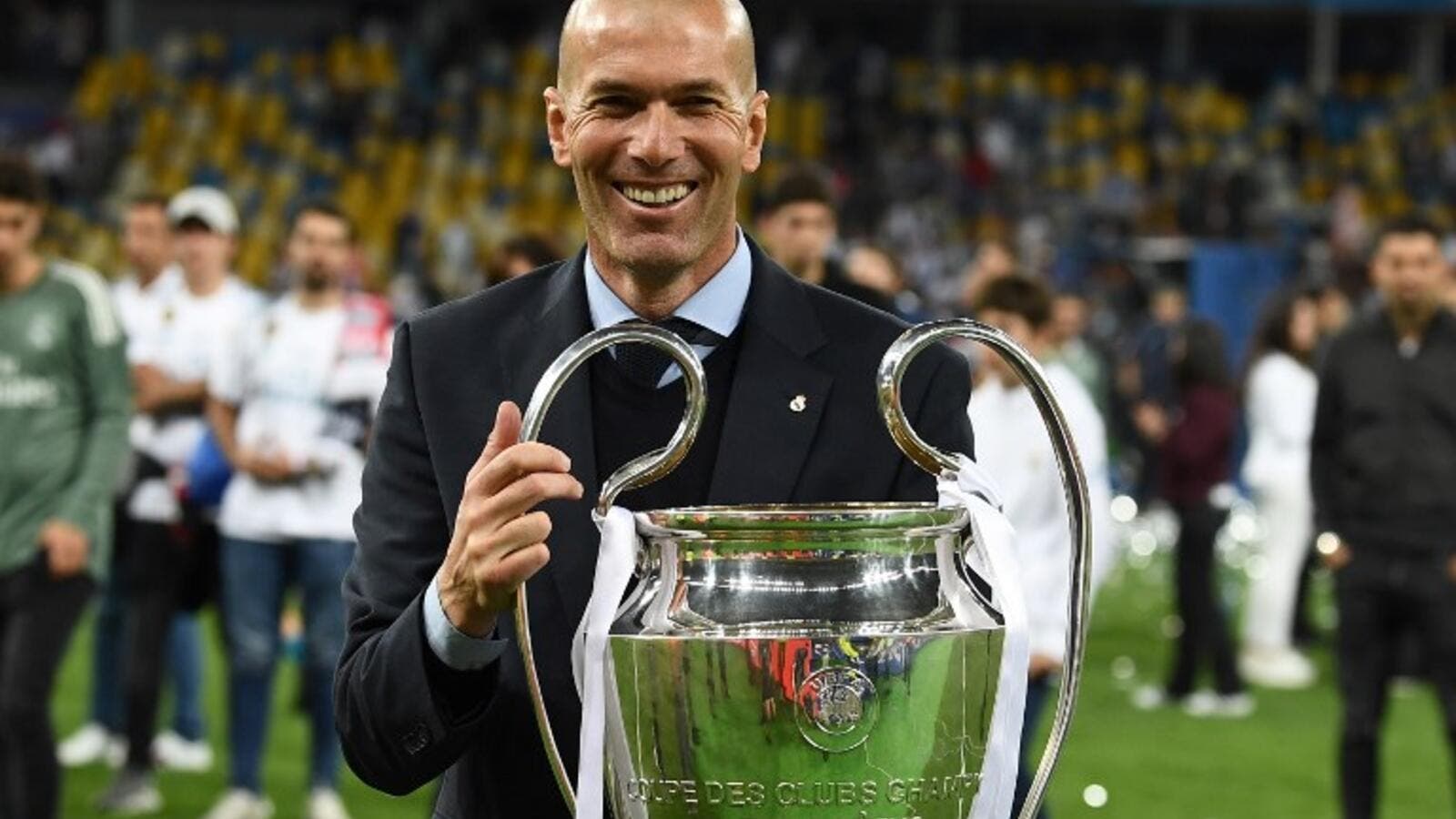 The French boss, who won three successive Champions League titles with Los Blancos, has returned to the dugout at Santiago Bernabeu

Zinedine Zidane has been reappointed as Real Madrid's head coach after the club held a board meeting on Monday evening to discuss the ongoing issues at the Spanish capital club - the French boss joins on a deal that ties him to the club until 2022.

Los Blancos have endured a calamitous season thus far, first seeing Julen Lopetegui given his marching orders after a failed stint at the helm following a controversial move from the Spain national team on the eve of the 2018 World Cup.

Former youth coach Santiago Solari was called in to stop the rot at the Santiago Bernabeu, and at first it seemed the Argentine trainer had managed to do just that.

Two recent Clasico losses to eternal rivals Barcelona and a shock exit in the Champions League at the hands of Ajax have effectively ended Madrid's hopes of silverware this term, however, prompting yet another managerial shake-up.

Goal reported on Thursday that the board had decided to bring in Jose Mourinho – who had made no secret of his willingness to return to management during various pundit roles of late – with the Portuguese trainer receptive to taking the job on an interim basis.

It is understood that Madrid's hand had been forced in their decision to bring in Mourinho, with first-choice Zidane seemingly unwilling to step back into the dugout with the club in such disarray.

After further talks with Florentino Perez, however, Zidane has been convinced to return to the club following guarantees of having a big say in squad decisions and a large sum set aside for summer investment.

A statement on the club's website reads: “The board of directors of Real Madrid, meeting today, Monday, March 11, 2019, has decided to terminate the contract that linked Santiago Solari with the club as coach of the first team.

“Real Madrid appreciates the work done by Santiago Solari and the commitment and loyalty he has always shown to this institution.

“The board of directors has also agreed the appointment of Zinedine Zidane as the new coach of Real Madrid with immediate incorporation for the remainder of the season and the next three – until June 30, 2022.

"The president of Real Madrid will appear today with Zinedine Zidane before the media at 8:00pm (CET) in the press room of the Santiago Bernabeu stadium.”

The news will be music to the ears of Madrid fans, who have seen their side struggle massively with the Cristiano Ronaldo's summer exit to Juventus, as Mourinho is far from a popular figure within the club's support base.

In addition, captain Sergio Ramos, who himself has had well-publicised issues with both the club's management and team-mates of late, has an extremely poor relationship with Mourinho and his appointment could have marked the tipping point for a man who was allegedly open to leaving the club .

With Zidane now back at the helm in the Spanish capital, the mood at the club is sure to improve, although silverware is almost an impossibility at this point with Barcelona 12 points ahead of third-placed Madrid in La Liga – the only competition in which Los Blancos are still involved.

A strong end to the season under Zidane would go some way to fixing the issues currently plaguing the reigning European club champions, however, while the French boss will no doubt have one eye on how to best carry out a summer overhaul.