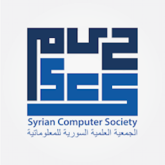 The Syrian Computer Society (SCS) was founded in 1989 upon an initiative launched by several founding members working in the field of information technology in Syria.
SCS aims at introducing ICT culture in Syrian society, and helping shape and regulate the ICT market in the country
SCS is today a well-established association, both at the scientific and professional levels.
SCS is governed by a Board of Directors who are elected for 2 years.