With astronomical gas prices these days, there is increasing pressure on drivers to abandon petrol cars and move to electric cars, but many are wondering which are the most popular electric cars currently on the market. 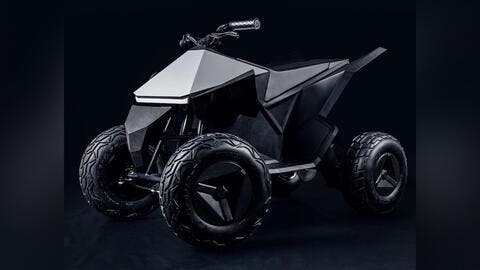 However, with more electric cars on the market, selecting a new one will be more complex than ever. If you consider purchasing electric cars and need advice, you’ve come to the right place as we’ve compiled a list of the 10 most popular electric cars in 2022. 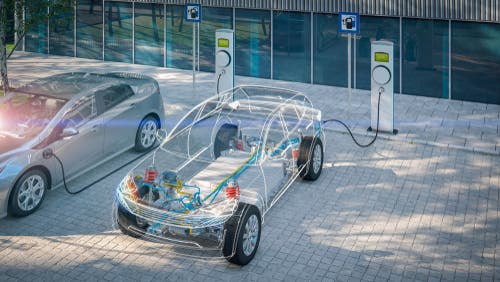 Ranking as number 1, the 2022 Porsche Taycan sedan isn't just the ideal electric car, its blend of driving vigor and performance endurance makes it the most interesting. It's also listed as our Editors' Choice for 2022. Porsche's electrified four-door stands up to its upscale pricing with a stunning exterior and a completely customizable, high-tech interior.

The Taycan also has responsive steering, a smooth ride, and handling characteristics deserving of the Porsche badge. The accelerator pedal is like a rocket launcher. The Taycan should still have an adequate driving range for the majority of customers, but we do wish it were a little bit better.

One of the most popular electric cars in 2022 will be the Tesla Model 3, and for good reason. At a higher price range, it blends innovation and usability. Unlike how cars often lose value over time, used Tesla pricing indicates the reverse.

Undoubtedly, one of the best mass-market electric cars available today is the Tesla Model 3. Despite being shorter and plumper than Tesla's Model S, the Model 3 can travel up to 262 miles on a single charge (with the regular battery). It also costs approximately half as much.

The Hyundai IONIQ 5 is a fantastic alternative if you're searching for an excellent all-around electric vehicle. The SUV has enough of room for you, your family, and whatever else you might need to travel. It also has a staggering 300 miles of range, which will get you where you need to go.

It is a swift beast that can accelerate from 0 to 60 mph in just 5.2 seconds in addition to having the quick torque that all EVs deliver. Even while it isn't Tesla-level acceleration, the speed is still respectable, especially for an SUV. There includes an integrated heads-up display, wireless charging, mood lighting, and charging rates of up to 350 kW.

In its overboost mode, the RS E-Tron GT generates a remarkable 637 horsepower and 612 lb-ft, which is sufficient to accelerate from 0 to 60 mph in little under 3 seconds. Although that may sound dramatic, Audi has put so much thought and care into this car that it always feels cool and collected, even when you're hustling like crazy. The RS E-Tron GT isn't exactly inexpensive, like the Taycan, but you definitely get your money's worth. Read our review of the 2022 Audi RS e-tron GT.

Introducing the Honda e, the Japanese automaker's first electric vehicle for the continent of Europe. At the 2017 Frankfurt Motor Show, Honda's Urban EV Concept dazzled the crowds. While the Honda e's metamorphosis to production form has resulted in the loss of a few clever stylistic cues, it's still a fantastic-looking tiny EV.

There are a total of five screens, two of which are six inches each and show the image from the door-mounted cameras that have taken the place of the traditional wing mirrors. Although it lacks some practicality, the engineering and style it offers are essentially unmatched in the tiny EV market. Although it has flaws, Honda's entry into the world of contemporary electrification is a solid one.

BMW showed the way ahead to a new era of mobility with this car. One feature of the little BMW i3 that we adored was its distinctive interior, which had materials and aesthetics that were difficult to match at its price point or above. The iX SUV from BMW has a lot of that enthusiasm back.

Similar to the i3 that came before it, the iX's bones consist of a composite spaceframe with carbon-fiber reinforced plastics. Its inside, which once again adopts intriguing new design aspects and relies on warmer materials than we typically see in contemporary leather-loaded Bimmers, somehow tops its quirky outward appearance. The iX is a joy to drive and has a net output of 516 horsepower and 564 pound-feet.

The Enyaq iV is based on the Volkswagen Group's MEB platform, which is shared by the ID.3 and Cupra Born vehicles. Under the skin, it resembles a VW ID.4 or an Audi Q4 e-tron.

The Skoda Enyaq iV, the Czech automaker's first all-electric model, is a sizable, useful SUV, which may seem appropriate given that Skoda's image as a manufacturer of economical, family-friendly vehicles has grown accordingly.

For the majority of all-electric vehicles, but especially for large, family SUVs, a feasible range is a crucial component. Even the entry-level Enyaq iV 60, according to Skoda, can travel 252 miles on a single charge.

The Model 3 has long been the favorite Tesla model, because to its strong performance and affordable price. But the Model Y has pounced and snatched its spotlight. It might cost a little bit more than the Model 3, but its usefulness and interior spaciousness make up for it.

The Model Y has all the necessary components to be a Tesla, including a range of up to 330 miles, a 0-60 speed of 3.5 seconds, Autopilot, and access to the 250kW Tesla Supercharger network, among other things. All the typical Tesla disclaimers still hold true, such as the extreme minimalism and the fact that everything is controlled by a single touchscreen panel. After all, Teslas are an acquired taste.

One of the first cars to seriously challenge a Tesla is the 2022 Ford Mustang Mach-E, a fantastic electric SUV. The Mach-E has a 314-mile driving range on a full charge and accelerates quickly and quietly. Its luxurious cabin offers ample seating and baggage space, and it is enjoyable to maneuver on curving roads while providing a pleasant experience on Main Street. Additionally, this Ford has a user-friendly infotainment system and a plethora of driver aid functions, such as BlueCruise, a hands-free driving mode.

The Renault Megane E-Tech Electric is a family hatchback worth considering if you're searching for something with serious style. It's the kind of vehicle to consider if you're researching the Ford Focus with its internal combustion engines or the battery-powered Volkswagen ID.3.

Renault's cutting-edge and unique technology is called E-Tech. It was created in partnership with the Renault F1 teams and is covered by 150 patents. It makes use of our knowledge of electric vehicles. A battery, two electric engines, and a combustion engine are all included in the E-Tech Hybrid drive system.