Looking for stories of wealthy successful entrepreneurs who made it out of scratch over the years, one can't ignore the impressive story of the Indian billionaire and self-made businessman B. R. Shetty, even though it doesn't end happily, at least not so far.

We are celebrating our 46th Foundation Day!

This day we celebrate the foundation of NMC as laid by Dr. B.R. Shetty in Abu Dhabi.

Today, we are a global company with operations in US, UK, Spain, Italy, Denmark, Oman, Saudi Arabia and 12 other countries. pic.twitter.com/RggyrQWgnQ

The 77-year old man, born and raised in the Indian state of Karnataka to an average family that helped him finish his studies in pharmaceutical sciences was able to achieve the huge success that enabled him to build a prominent business empire worth billions of dollars over the period of 40 years.

Last March, and following his departure to see his ailing brother before he passed away, Shetty has reportedly been involved in several legal issues in the UAE, as he was charged with alleged fraud and forgery.

Here are a few things you would want to know about Bavaguthu Raghuram Shetty.

1. Shetty's initial interest was in politics not business.

After finishing his education, Shetty was quite active on a municipal level and won the Udupi municipal council elections for two terms. During his political activity years, he had met several prominent Indian politicians who later became India's prime ministers, including Atal Bihari Vajpayee and the current Prime Minister Narendra Modi, who had both supported his political aspirations during the 1960s.

2. He stopped his political activism when he had to find a stable job so he could support his family financially.

In order to help afford his sister's wedding, B. R Shetty has reminisced about the day he had to take a job in the UAE, where many Indians had begun to arrive in the thriving oil nation, so he can pay a bank loan through which the wedding was held. The famous businessman often expressed his pride in the fact that he arrived at the UAE in 1973 with nothing more than $8 in his pocket. 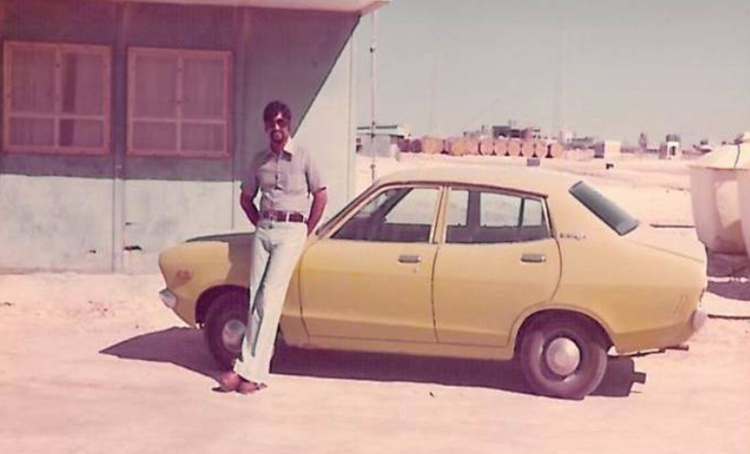 3. For B. R. Shetty's first job in the UAE, he was an outdoor medical representative.

Having an educational background in pharmaceutical sciences, Shetty was able to land a job that required him to roam through the hot streets of Abu Dhabi to sell medical supplies and drugs.

Young, yet seriously committed to success, Shetty then owned one shirt that he had to wear, wash, and iron every day for a year until he was finally able to pay off the family debt.

4. Shetty's first entrepreneurial project was a small clinic/lab and pharmacy featuring his wife.

Being married to a doctor, Chandrakumari Shetty, Shetty's first clinic was a remarkably small one opened in Abu Dhabi in 1975 but achieved great success over the years.

With an exceptional determination to succeed, Shetty himself had run the clinic and didn't mind to clean the small property or drive the ambulance personally, while his wife took care of patients coming from all over the Emirati capital.

5. The growing clinic soon turned into a leading health hospital in Abu Dhabi.

The successful business partnership between the couple soon developed into establishing the well-known NMC Specialty Hospital, which soon integrated many other hospitals creating a health service empire with over 45 hospitals and employing more than 2000 doctors.

NMC, which is one of several major business names built and supported by Shetty over the years was too successful that its shares were listed in the London Stock Exchange in 2012.

With the dynamic B R Shetty - In 1973 he set foot in #UAE. With his commitment, he was able to build multiple businesses. He was the first recipient of the ‘Order of Abu Dhabi’ by the Govt. of Abu Dhabi in 2005 #billionaire #extraordinaire #Abudhabi #UHNW #UAE pic.twitter.com/6opSlN3Kvb

Years after establishing himself as an owner of health facilities in Abu Dhabi, Shetty seized a smart opportunity in the 1980s, founding a money exchange business that charges less than banks, which consrquently helped him attract thousands of clients who soon trusted his UAE Exchange.

UAE Exchange had expanded to more than 700 branches across more than 30 countries in the UAE, Asia, Australia, the UK, and North America before Shetty acquired the $1.3 billion worth UK-based Travelex in 2014.

Shetty had integrated the two companies and his other financial service providers under the name Finablr.

7. In 2005, Shetty received the highest civilian distinction in the Emirate: the Abu Dhabi Awards.

8. In 2010, Shetty purchased two whole floors in the Dubai-based Burj Khalifa for $25 million.

Only a few years after celebrating it as the world's tallest man-structured building, the Indian billionaire paid millions of dollars to buy two floors in Burj Khalifa.

9. In 2018, Shetty decided to take his business activities back home.

After achieving undeniable success in the UAE, Shetty took the decision of expanding his empire to his home country of India. He put his hand on a number of troubled hospitals across India and invested in them by upgrading services and turning them into successful ones.

During the same year, the renowned businessman purchased the Assam team company for $150 million, in addition to several farming properties 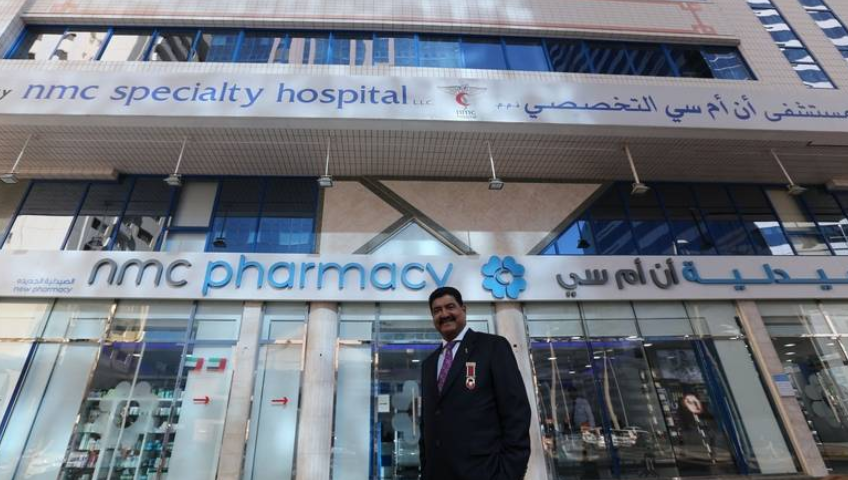 Additionally, the billionaire was the 42nd richest Indian during 2019.

11. In 2017, Shetty joined Bill Gates and Warren Buffett in taking the Giving Pledge

Becoming a global philanthropist, Shetty promised to give away half of his fortune for charity during the same year he stepped down as CEO of NMC Health and UAE Exchange, handing both major businesses he built 40 years of work over to the Manghat brothers.

12. NMC Health lost millions of dollars and its stocks in LSE were suspended following a 2019 Muddy Waters report on the company's debt.

In a surprising exposé published in December 2019, NMC Health was said to have more than $6.6 billion in debt instead of $2.1 billion that was assumed before.

In March 2020, Finblar admitted using millions of dollars to finance third-party borrowings which resulted in the Manghat brothers drifting away from Shetty's businesses.

The bank accounts of Indian tycoon B.R. Shetty have been frozen, due to which he is unable to pay salaries to other operating companies.https://t.co/l80izXbcKP

As a consequence of the financial scam scandal, UAE authorities have since frozen Shetty's bank accounts but failed to locate his assets needed to repay over 80 financial institutions that owe his company money.

Even in India, Shetty and his wife have both seen a ban on selling or transferring their properties as they owe money to several Indian banks.

While Shetty continues to blame his former associates, the Manghat brothers, for the shocking fall of his businesses, the next months or even weeks are yet to reveal more details about his business empire that is currently in crisis.