4 New WhatsApp Features Expected to Roll Out in 2022

It's no secret that the instant messaging platform, WhatsApp, has been working on a selection of new features, and there are rumours that some of these exciting features will be launched next year. 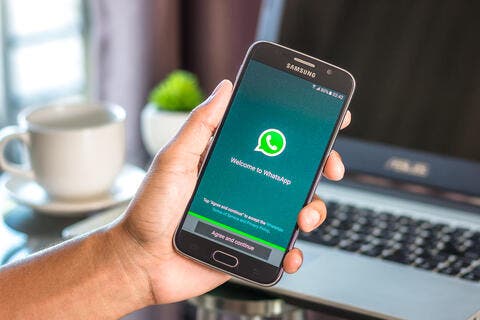 The 4 Exciting WhatsApp Features We're Expected to See in 2022:

According to WABetaInfo, the messaging platform has been working on a logout feature.

As per the reports on WABetaInfo, "there will be a new option called Log out, that allows to unlink your device to the main WhatsApp account. At the moment the Log out option replaces Delete account on linked devices but their plans might change, moving/copying the option in the previous Linked devices section."

There are also reports of another feature called the 'Multi-Device support' has been spotted on WhatsApp beta for iOS users.

WABetaInfo has also claimed the texting platform could one day feature Instagram Reels in a dedicated space on the messaging app.

This could be part of Meta's plan to merge all the big social networking apps that it owns.

Unlimited 'delete for everyone'

Currently, WhatsApp users only get a certain amount of time to delete a message in a chat for everyone.

After 68 minutes and 16 seconds, your message will be there forever and you can only delete it for yourself. However, this could change in the near future.

According to 91 mobiles, the messaging platform has tested leaving off a time limit for this feature and making it unlimited.

As you may all know, if you disable the "Last Seen" feature, you'd be hiding it from all of your contacts. However, this is is set to change according to reports.

The company is said to be changing this so when you go to change your "Last Seen" settings you'll see an option for “My Contacts Except".