ALBAWABA - As billions of football fans from all over the world are tuning in to watch the exciting games in the highly anticipated FIFA World Cup 2022 in Qatar, some wonder how much their most talented and well-known football players who compete in this international tournament get paid.

Without any further ado, let’s check out 5 of the highest-paid football players in the World Cup FIFA Qatar 2022. 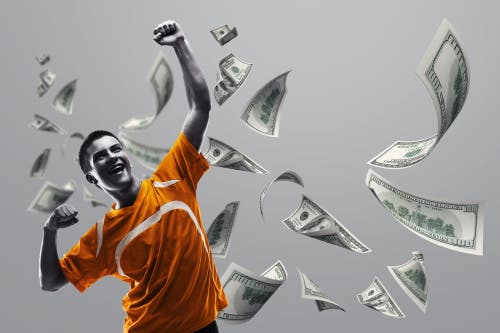 Kylian Mbappe turned down a chance to join his dream club, Real Madrid, earlier this year. PSG's enticing offer to keep Mbappe explains why. Furthermore, the group has been working around the 2018 World Cup champion.

Lionel Messi, the greatest player in football history, is expected to be included in such a list. The world's second highest-paid player, Messi is earning a whopping total of $120 million.

Messi tried everything to stay with FC Barcelona, but he was forced to relocate.

Messi is a forward for Paris Saint-Germain, when he is not representing Argentina at the World Cup.

Cristiano Ronaldo, the captain of Portugal's national team, earns $40 million on the field and $60 million off the field, for a total of $100 million this season. Since Manchester United manager Erik Ten Hag implemented stringent changes, the player who won five Ballon d’Or awards and four European Golden Shoes has struggled.

The Brazilian superstar first made headlines in 2010, Neymar Jr. is expected to earn $87 million this season, with $55 million earned on the field and $32 million earned off the field. The professional footballer is best known for his prolific scoring for Paris Saint-Germain.

Robert Lewandowski of Poland is ranked fifth, with an estimated $35 million in earnings for the 2022-2023 season. His talent has landed him four times in the Guinness Book of World Records.

The 34-year-old striker and national team captain earns $27 million on the field and $8 million off the field. He has sponsorship deals with Nike, Procter & Gamble, and Huawei, according to Forbes.