Although crypto may have begun as a maverick-dominated kind of investment, in 2022, it is now firmly entrenched in the mindset of many financial mainstream investors who are looking for new cryptocurrencies to consider buying. 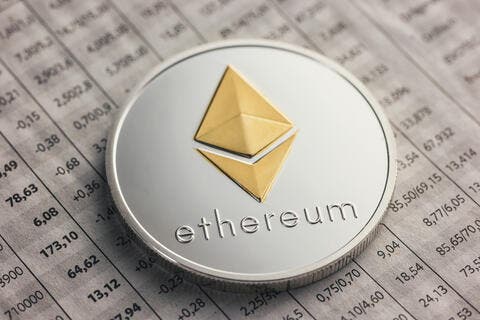 If you're reading this, you've probably come to realize the enormous potential that the crypto industry has, nonetheless with so many cryptocurrencies accessible, it is only natural to wonder which new cryptocurrencies to consider buying. After all, don't we all want the most bang for our buck?

Although Bitcoin may seem like the obvious pick, it wasn't always one of the best cryptocurrencies to consider buying in 2022. As a matter of a fact, some not-so-popular coin that hasn't previously been inflated up by institutional investors may offer a better possibility of a large return.

Without further ado, let’s dive in to check out 8 new cryptocurrencies to consider buying in 2022 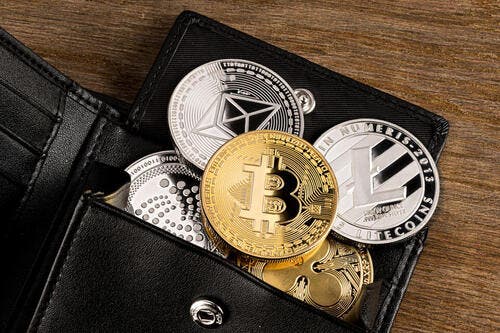 UNUS SED LEO, which is derived from the Latin phrase "One, but a lion," is a token that runs the iFinex ecosystem. The LEO token was intended to compensate for losses on the BitFinex exchange, but it also provides benefits to platform holders. It is also worth mentioning that it lacks its own blockchain, which may render its function in the DeFi space useless.

LEO token circulating supply is intended to decrease over time. The entire supply was initially set at one billion. By 2025, the price of the UNUS SED LEO Token is projected to climb to a maximum of $12 due to widespread adoption and unprecedented demand in the cryptocurrency market.

Many analysts agree that AAVE is the most promising cryptocurrency to buy in 2022, as it is officially the tenth-largest DeFi project by market capitalization, according to CoinMarketCap.

According to Price Prediction, the price of AAVE could hit a good peak of $650 by the end of the year 2022.

Curve is a decentralized exchange optimized for low slippage and low fee swaps between stablecoins only. CRV, the governance token of Curve, is becoming increasingly popular among traders as most institutional traders coming from traditional markets are mostly interested in stablecoins and they seek to swap stablecoins. Curve also has a rewarding incentivizing boost mechanism to those who fund the pools and lock their money on the network (liquidity providers), offering them to earn more on their liquidity and receive more in trading fees. Having locked $1 in CRV for 4 years is equal to having provided $13.87 as an LP, which makes it a good investment.

Chiliz (CHZ) is the leading cryptocurrency for sports and entertainment around the globe. It is also the first of its kind, which offers it an advantage over competitors. Socios, a pioneering platform that enables users to trade fan tokens, is a technology initiative that Chiliz also developed. A fan token is a cryptocurrency that aims to enhance how fans and teams interact. Holders of tokens can participate in clubs' votes on important matters and get some benefits when they purchase there.

The world's top teams, including Manchester United, Manchester City, Juventus, Santos, and FC Porto, have worked with Chiliz in recent months. There are 67 fan tokens in total, with a market capitalization of more than $412 million.

According to a technical analysis by motivation grid, Chiliz (CHZ) will reach a price point of $0.60 in 2025.

Briefly put, Cosmos which is self-described as “Blockchain 3.0” is a project that tackles some of the "hardest difficulties" the blockchain sector has to deal with. By providing an ecosystem of interconnected blockchains, it seeks to provide an alternative to "slow, expensive, unscalable, and ecologically destructive" proof-of-work methods, such as those employed by Bitcoin.

ATOM's entire supply is fairly precise; it is 260,906,513. According to ATOM price predictions and historical data, the coin might reach $30 this year and be an excellent investment. It is more than just a link between blockchains, and its features make it a viable market solution.

Chainlink is a game-changer in the Web3 revolution, as it is a decentralized open-source oracle network that provides tamper-proof inputs, outputs, and computations to support advanced smart contracts on any blockchain.

Developed by a large community of developers, researchers, and users who share the goal to evolve it into a building block of a modern DeFi ecosystem that enables an economic fair world.

The Graph is an indexing protocol for searching data on networks such as Ethereum and IPFS, and it powers many apps in both DeFi and the larger Web3 ecosystem. Anyone can create and publish open APIs, known as subgraphs, that applications can query for blockchain data using GraphQL.

There is a hosted service in production that allows developers to quickly get started building on The Graph, and the decentralized network will arrive later this year. The Graph now indexes data from Ethereum, IPFS, and POA, with more networks on the way. 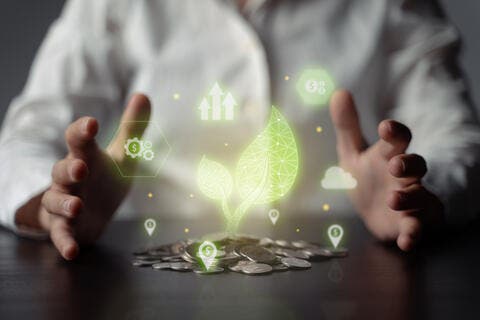 Maker (MKR) is the governance token of the MakerDAO and Maker Protocol, which are both decentralized organizations and software platforms based on the Ethereum blockchain which enable users to create and control the DAI stablecoin.

MKR tokens function as a voting share for the company that manages DAI; while they do not provide dividends to their holders, they do grant the holders voting rights over the development of Maker Protocol and are projected to rise in value in proportion to the success of DAI itself.

8 Work Habits That Can Improve Your Productivity