After the Aqaba Disaster, What Is Chlorine Gas Used For?

On Monday evening, a tank full of chlorine gas accidentally fell off a crane during transporting it from a boat in the coastal city of Aqaba to the city's port, resulting in several casualties.

Videos shared of the moment the chlorine tank incident took place showed a yellow outburst of chemicals in the port, one that reportedly killed 14 people and injured hundreds of others, due to chlorine being a highly toxic gas. 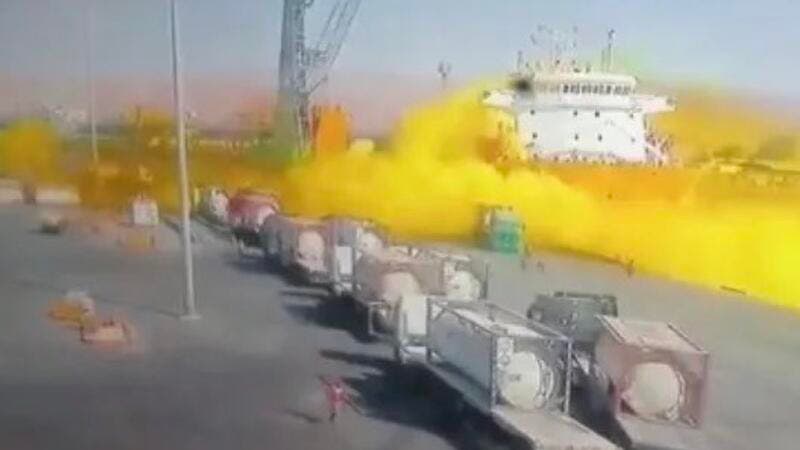 While investigations continue to identify behind the unfortunate explosion, questions have focused on the reason such a large amount of chlorine gas was transported into Jordan through the Aqaba port.

For starters, even though chlorine can cause damage to the respiratory and digestive systems, in addition to deep skin burns, it has a wide variety of uses in our daily lives.

According to 2018 figures, the world produces around 65 million tonnes of Chlorine annually.

Industrial Use of Chlorine Gas

Chlorine is one of the main ingredients used to develop poly(chloroethene) also known as PVC, which is the world's third-most widely produced synthetic polymer of plastic. Every year, the world produces a total of 40 million tons of PVC.

In 2020, Jordan's plastic manufacturing was celebrated as one of the thriving industries with revenues approaching $1.5 billion in 614 different factories.

Another major use of Chlorine is the formation of epoxy resins, a major component of strong adhesives used in making vehicles, snowboards, aircraft, and bicycles.

Trichloroethylene, made of chlorinated hydrocarbon, is known for its degreasing and bleaching chemical effect, which makes it an important element of various cleaning detergents.

Chlorine is also used to develop hydrogen chloride, which is widely used in refining mineral ores, petroleum well extraction, leather tanning, and the refining of fats, soaps, and edible oils. It is also used in producing polymers and plastics, rubber, fertilizers, dyes, and pigments.