After a Tough 2017, Emirates, Etihad, and Qatar Airways Play It Safe at Farnborough Airshow 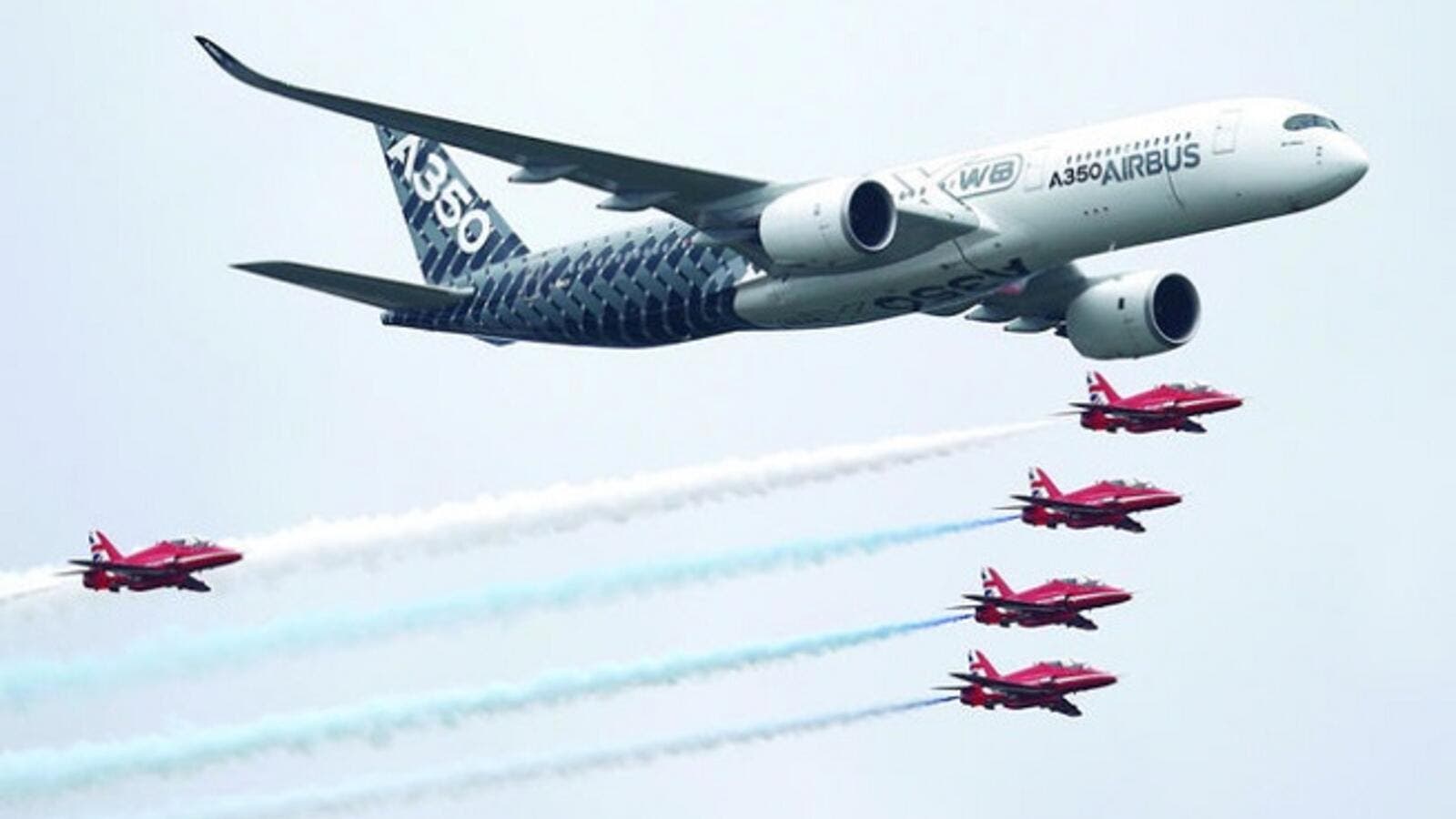 Gulf carriers such as Etihad, Emirates and Qatar Airways are unlikely to materialize, as the region’s carriers continue to take stock after a period of bruising losses. (AFP)

The aviation industry heads to the UK’s Farnborough International Airshow on Monday in rude health, with higher oil prices and a strong global economy leading to predictions of a large number of orders at the week-long show.

But this time around, significant orders from Gulf carriers such as Etihad, Emirates and Qatar Airways are unlikely to materialize, as the region’s carriers continue to take stock after a period of bruising losses.

Over 1,500 exhibitors and 100,000 trade visitors are expected to attend this week’s airshow, one of the most important events for the global aviation industry.

Farnborough and the Paris Airshow — held on alternate years — have accounted for around 30 percent of annual commercial business for manufacturers like Boeing and Airbus since 2012, according to aviation consultancy IBA Group.

Some $124 billion worth of orders and commitments were placed at the 2016 show, according to organizers.

The aviation industry is in rude health in 2018, with passenger numbers and load factors rising internationally thanks to global economic growth.

Plane makers bagged around 900 firm or provisional orders in Paris last year, the consultancy said. And while the international order backlog is high, a similar number of orders is expected next week on the back of recent rises in the price of oil.
“The trend between oil price and annualized orders has been uncannily strong,” said IBA’s Chief Executive Officer Stuart Hatcher in a report issued July 9.

“This is not surprising given that most orders have been placed for new fuel-efficient technology, but even with such large backlogs in play, orders continue to come in as oil rises.”

This time around however, the big three Gulf carriers — Etihad Airways, Emirates and Qatar Airways — are unlikely to feature too heavily among the big spenders next week, analysts predict.

Qatar Airways to Fly to 220 Destinations by 2022
Emirates to Cancel Some Flights, Reduce Frequencies in 2019

Etihad Airways made headlines in Farnborough in 2008, when it made $20 billion worth of orders from Boeing and Airbus.
Fast forward 10 years though, and the Abu Dhabi carrier is in consolidation and restructuring mode, its international expansion plan on hold following the insolvency of its European partners Air Berlin and Alitalia.

After posting an annual loss of $1.5 billion for 2017 (albeit an improvement on the previous year), Etihad earlier this month announced a reorganization into seven business units to be accompanied by further job cuts, significantly scaling back its international ambitions.

The main deals the carrier is reportedly working on with manufacturers are attempted price reductions for previously placed orders.
“It’s not the done thing to cancel existing orders at airshows,” said Saj Ahmad, chief analyst at Strategic Aero Research.
Etihad did not respond to a request for comment.

“It’s probable that any statements by Emirates and Qatar Airways will be more modest,” he told Arab News.
Dubai’s Emirates has fared better than its Abu Dhabi counterpart, reporting a $1.1 billion profit for the year ending March 2018.
Despite the airline’s continuing recovery, recent headline orders from both Boeing and Airbus are tempering the expectations for what will be announced at Farnborough.

Qatar Airways has been hit hard by the boycott of its home market by the Anti-Terror Quartet — Saudi Arabia, the UAE, Bahrain and Egypt — last year, with the group’s CEO Akbar Al-Baker admitting the airline is likely to report a large loss for the past year.
But the company has been in acquisition mode, acquiring a 9.6 percent stake in Cathay Pacific in November for $662 million, and has expanded a number of its routes in recent months.

“Qatar Airways may plump up for more (Boeing) 777Fs as it looks to build its freight capacity in the wake of the (boycott) to alleviate import pressures on goods and services,” Ahmad told Arab News.

IBA forecasts that aircraft leasing firms may dominate Farnborough orders, accounting for between 30 and 50 percent of orders.
Ahmad told Arab News that Dubai-based DAE Capital may be one of the firms preparing to place large orders, with rumors of 100 jets apiece for Airbus and Boeing.

DAE, Airbus and Boeing did not respond to requests for comment.