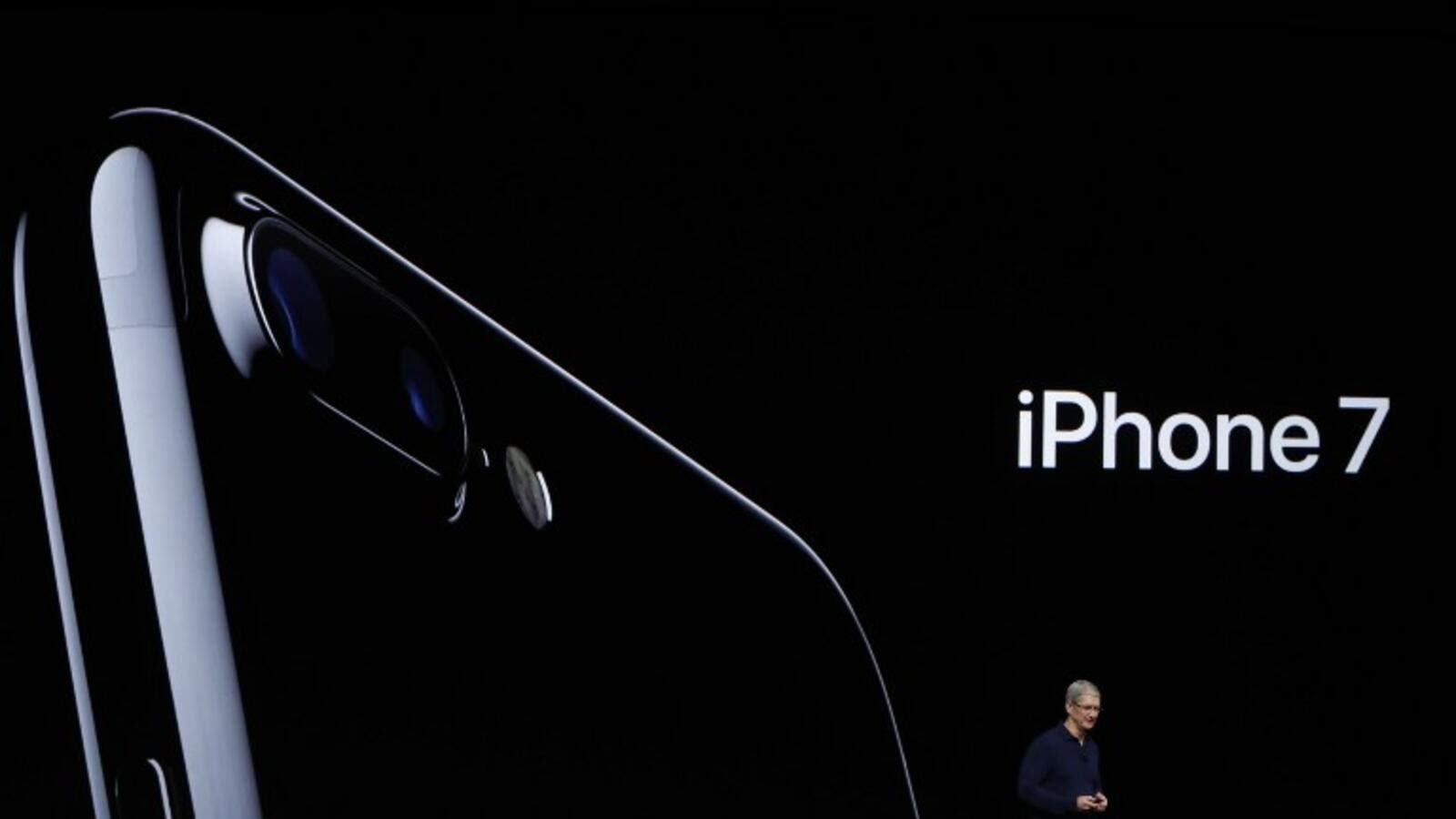 After months of anticipation, Apple has finally revealed the iPhone 7 and a new version of its Apple Watch.

The new iPhone 7 will controversially dump the headphone socket in favour of the lightning port and wireless headphones, and boasts a longer battery life.

The larger iPhone 7 plus also has a new dual lens camera system, and Apple also unveiled new $159 Airpod wireless headphones -  although said it will ship an adapter for older headphones along with lightning headphones in every box.

Tim Cook opened the presentation at the the Bill Graham Civic Auditorium in San Francisco with a video of him taking part in a carpool karaoke with James Corden, singing along to One Republic before they were joined by Pharrell to give Cook some fashion advice.

'I'm so glad James got me here on time, I may have lost my voice,' he said, before revealed new episodes of the show will debut on iTunes next year.

In a rare slip, Apple accidentally unveiled the device itself with a tweet minutes before the unveiling - before deleting it seconds later. 'The iPhone has become truly a cultural phenomenon,' Cook said.

'We've now sold over a billion of them.

'This makes it the best selling product of its kind in the history of the world.'

'It's the best iPhone we have ever created - this is iPhone 7,' said Cook.

'It makes all the things you do every day better'.

It will cost the same as the iPhone 6s, and be available in new larger capacities.

There is also a second black colour, and Schiller joked 'we call it - black'. IPHONE 7 AT A GLANCE