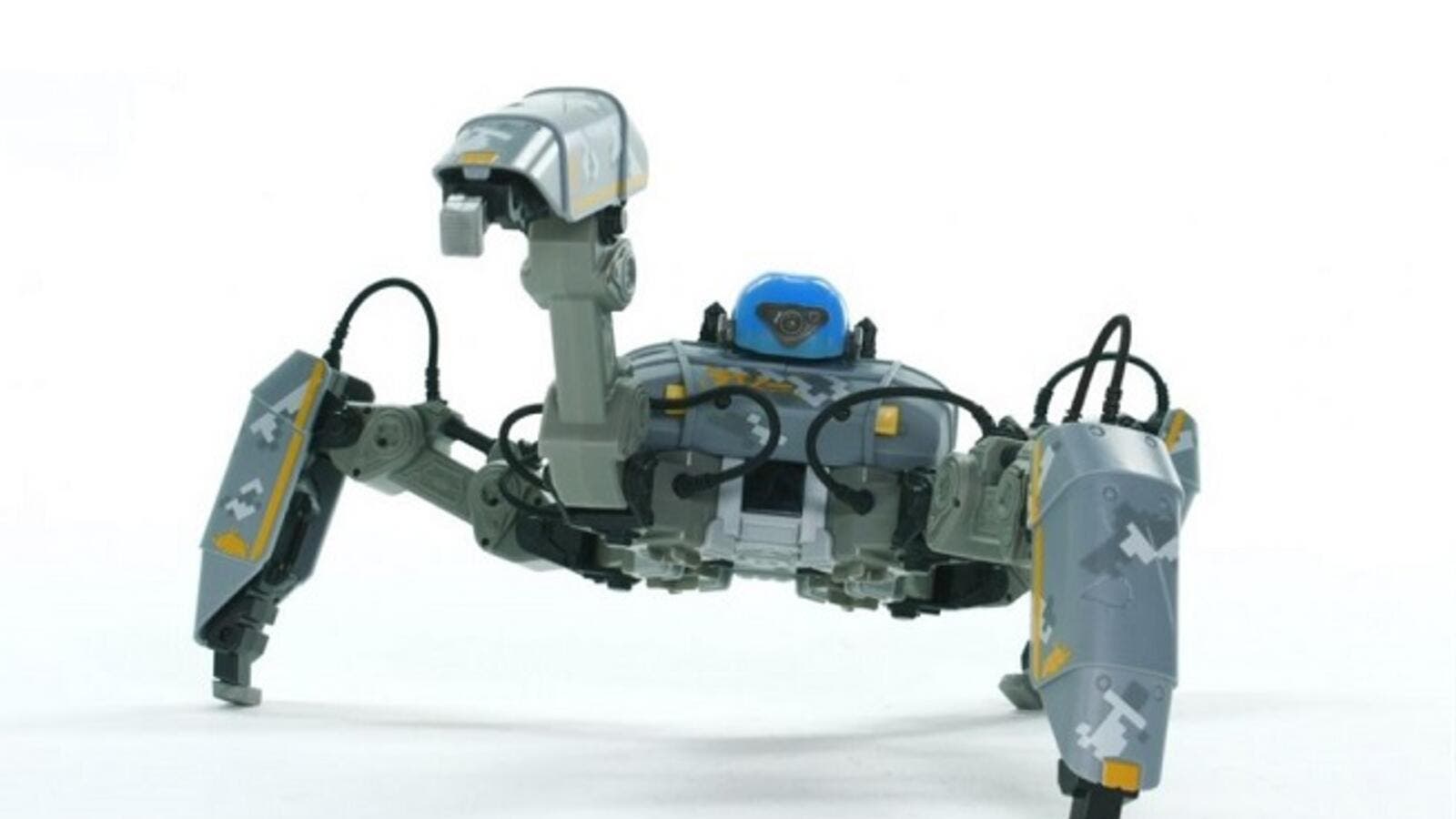 Reach Robotics has launched the second generation of its augmented reality (AR) fighting robot, Mekamon - and it's weirdly adorable.

In February, TechRadar visited the company's new UK office, where we spoke to chief operating officer John Rees and chief technology officer Chris Beck about the history of Mekamon and the future of AR gaming. Now, the team has more than doubled in size and is about to spill over to another floor in the building.

We returned the day after the team submitted the app for Mekamon 2.0 to Apple for review. It had been a long night, but Reach is used to working at speed; this is a company that took its first robot from a handmade plastic prototype to the shelves of real-world Apple Stores in just four years.

The robot itself has also had a speed boost. The spider-like Mekamon 2.0 isn't just faster and more agile than the machine TechRadar reviewed last year (there's noticeably less latency between app and robot, giving a more direct feeling of control), it has more character too.

"We wanted to change robotics from something boring to something that can evolve," explained Reach Robotics' CEO and co-founder Silas Adekunle. "Now the robot has personality."

Upon powering up, the machine taps each of its feet and 'looks' around to take in its surroundings. This isn't just a cute animation, said Adekunle, it's also part of the calibration process as Mekamon finds its feet.

While Mekamon 1.0 required a patterned mat to help it recognize the floor, Mekamon 2.0 is fully markerless. Marking out the space where it will do battle is a simple matter of walking around the area and allowing the app to map a patch of floor.

Adekunle likens the concept of Mekamon to 'Pokémon in real life'. The robot works with a mobile app (available for iPhone and iOS), and can engage with other physical bots, or virtual opponents presented on your device's screen in augmented reality. Whereas Mekamon 1.0 was only capable of one-on-one battles, version 2.0 can take on three adversaries at once, with results shown on a leaderboard.

If you (or a friend) invested in the previous model, don't worry - Mekamon 2.0 is fully backwards compatible, and Reach aims to make sure its hardware is supported for as long as possible. Eventually, the aim is for anyone to be able to go into battle using the app alone - whether they own hardware or not, making Mekamon into a whole platform.

Skirmishes have been improved, with new loadouts (combinations of weapons and shields that tie in with properties like firepower and speed) and ways to engage the enemy, but perhaps the most exciting addition to Mekamon's app is the new Create mode, including Kinematic animation.

This works much like stop-motion. The robot takes on a kind of waxy flexibility, enabling you to bend and pose its limbs without damaging it. Once you've made a pose - essentially a frame - you can capture it with a tap of the app. Once you're done, press play and Mekamon will move through the set poses, creating a smooth animation.

The Reach team demonstrated several of their own creations, including a kind of Mexican wave, a dab, and twerking, and soon you'll be able to share your own creations with other users around the world through the app.