On Barlow, Lessig and Sir Tim Berners Lee: The ‘Spiritual and Social Quest’ for the Future of the Internet

We’re spending countless hours of our lives on a digital information highway that allows us to work, socialize and play. The Internet has become a background technology powering and structuring our lives. The question remains, how many of us really understand it? Are we taking it seriously, and who controls it?

Over the past few weeks a series of articles on the blockchain have traversed into a broader series of questions about where technology is leading humankind; or more precisely, where humankind is leading technology.

As I’ve been writing about practices like data-mining, creator censorship and disinformation, or the concentration of information and access control being built into internet architecture by design, it’s becoming clear that these debates aren’t simply technocratic. They’re democratic. Because of the saturation of the Internet into every aspect of our lives, freedom on the Internet increasingly means freedom in general.

Over the past year or so I’ve been exploring the early history of the “network of networks,” we all take for granted. Two things stand out. The first is a poorly understood connection between the defense industry and US campus culture.

The second is that engineers such as Tim Berners Lee, Lawrence Lessig and essayists such as John Perry Barlow believed they were constructing something far bigger than an information network. In cyberspace, they perceived a blueprint for the future of governance, and humanity itself.

DARPA and the Beginnings of the Internet 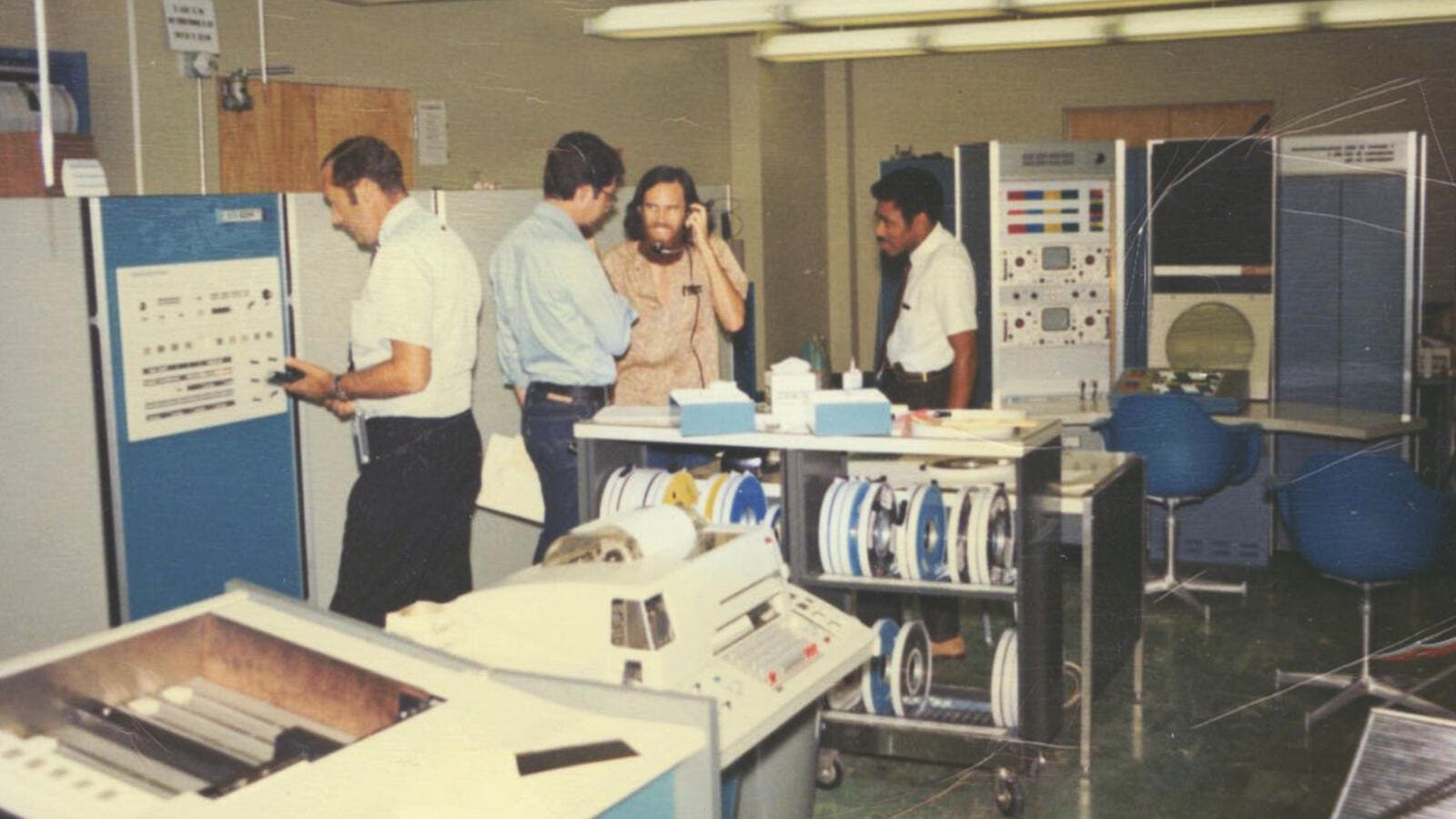 The early origins of the Internet began with the U.S. government. In 1969 a couple of connected computers in a university and military buildings comprised a project under the ‘Advanced Projects Agency’, or ARPANET. Few remember that ARPA was established alongside NASA in 1958, by the Eisenhower administration, as part of a massive response to the Soviet Sputnik, launched in October 1957.

Few remember that ARPA was established alongside NASA in 1958, by the Eisenhower administration, as part of a massive response to the Soviet Sputnik, launched in October 1957.

This chronology is taken from Wolfgang Kleinwächter’s 2007 essay on the “History of Governance.” He writes brilliantly on how a US funded security project conceived in the time of Sputnik, expanded into something surprising, as the imperatives of Eisenhower’s famous ‘military industrial complex’ combined with the cultural revolution and the anti-Vietnam war sentiment of colleges like UCLA, USC, Stanford and Berkeley in the 1960s.

Eisenhower’s famous ‘military industrial complex’ combined with the cultural revolution and anti-Vietnam war sentiment of colleges like UCLA, USC, Stanford and Berkeley in the 1960s.

A perfect petri dish had been created; it’s tempting to believe it might not have been possible anywhere else. Criticisms of the government emerged in code. Ideas such as ‘flat networks’ and ‘bottom-up’ policy development began here.

In 1992, Sir Tim Berners Lee invented the World Wide Web at the CERN Institute in Geneva. A massive expansion in Internet usage was about to take place.


“Code is Law”: How Our Values are Mirrored in Cyberspace 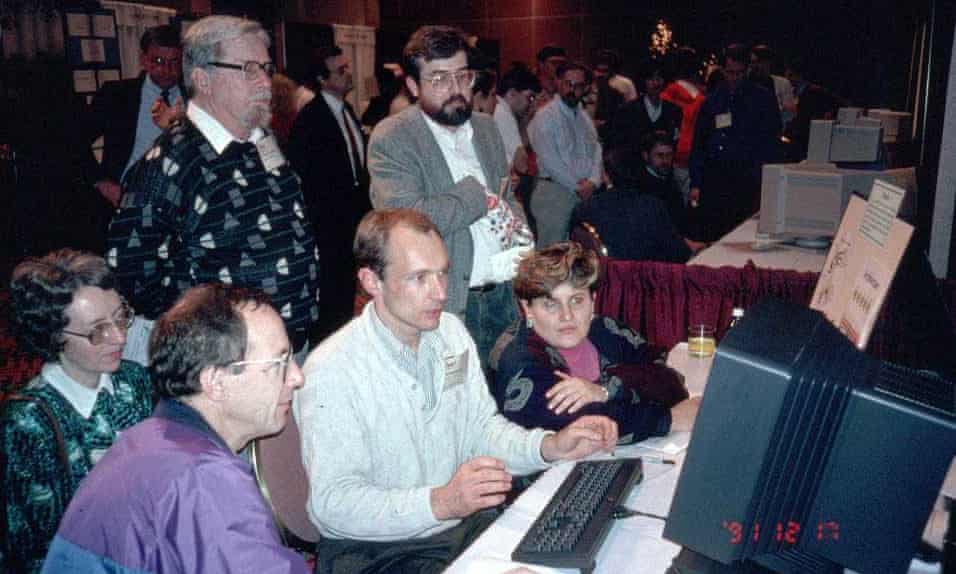 The early pioneers of the Internet and the World Wide Web, seemed to intuitively understand the implications of what they were building. These implications went beyond finance and security. During some recent research, I unearthed the following observation from Sir Tim Berners Lee, in 1998:

“There is the idea that society can run without a hierarchical bureaucratic government being involved at every step, if only we can hit on the right set of rules for peer-to-peer interaction. So where design of the Internet and the Web is a search for a set of rules which will allow computers to work together in harmony, so our spiritual and social quest is for a set of rules which allow people to work together in harmony” (Tim Berners-Lee, The World Wide Web and the “Web of Life”, 1998, in Ibid, p. 42).

This “quest” - invoking the Jungian logic of discovery and actuation rather than the principles of iteration and testing - is an entirely different pathway for thinking about cyberspace and technology. It’s imaginative and values driven.

A lot of Tech writing has become focused on yearly cycles of IOS and hardwire updates. We’re celebrating Moore's Law everyday, but the meta-conversation on the values we are architecting can easily be forgotten.

While the Internet of the 2020’s and the algorithmic society that seem to be approaching are made to appear inevitable and fixed, the writers of the 1990s went to great efforts to portray cyberspace as malleable to human will and destiny.

A couple of years earlier, John Perry Barlow’s 1996 ‘Declaration of Cyberspace’ would caution world governments that “cyberspace does not lie within your borders” and that “you have no sovereignty where we gather” (Ibid).

In 1999, Lawrence Lessig would famously write “Code is Law”, arguing that “code presents the greatest threat to liberal or libertarian ideas, as well as their greatest promise.

The Internet, he argued, is the “new home of the mind.” Within a couple of decades the efforts of governments to co-opt the Internet would ultimately be successful. At the same time, Barlow’s desire for a more equitable basis to geopolitical and human relations vested in an immaterial decentralized network, would continue to inspire a generation of coders. Today the Bitcoin and blockchain community, in particular, espouse similar arguments.

Often dismissed by corporations and regulators as ‘cyber-utopianism’, the writings of Berners Lee, Lessig and Barlow pre-figure a dialectic on the information age which remains important.

Just as the writings of the enlightenment would anatomize and advocate for the tensions inherent in democracy, the engineers of cyberspace knew that humble code would one day challenge the authority of governments and nation states - and that a battle over values, and definitions of freedom, would ensue.

Other articles in this series:
What if the Google Index was Public? On Dr. Robert Epstein and the 'Separation of Powers' in Cyberspace
The Internet Freedom Dividend: Why Policy Makers Will Learn to Love Blockchain
Blockchain City: On Dubai’s Blockchain Strategy & the Open Index Protocol
The Internet Just Called. It Wants its Creators Back.
‘The Jungle Outside’ On Balkanized Internets, Public Space and the Blockchain
What if Digital Remix Culture was Legal on the Blockchain?
An Ancient Library in Alexandria Could be the Future of the Blockchain
‘Began, the Platform Wars Have!’ On Blockchain Creators and the Dark Side of Cyberspace
John McAfee’s Blockchain Future: The DeLorean, Satoshi Nakamoto and the End of Government (Podcast Promo)
A Public Index for the Web? How the Blockchain Could Potentially Fight Deepfakes