Published June 30th, 2021 - 08:30 GMT
Palestinians do not have a sovereign currency, and the Palestinian economy primarily relies on the Israeli shekel for day-to-day transactions, with the Jordanian dinar and US dollar acting as stores of value. (Shutterstock)
Highlights
The Palestinian Monetary Authority has launched two studies to examine the feasibility of a digital currency. But local economic observers are cautious about its implementation.

The Palestinian Monetary Authority (PMA), Palestine’s de facto central bank, is looking into the development of a digital currency, according to a Bloomberg report last Thursday. 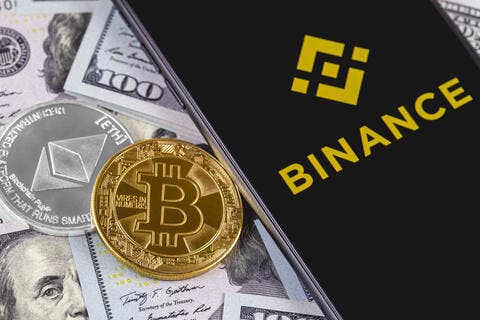 PMA Governor Geras Milhem said two studies on cryptocurrencies are underway, with the aim of eventually using a digital currency for both domestic and international payments.

TRT World reached out to the PMA, but it chose not disclose any further details.

Palestinians do not have a sovereign currency, and the Palestinian economy primarily relies on the Israeli shekel for day-to-day transactions, with the Jordanian dinar and US dollar acting as stores of value.

Ideally, a digital currency would work to reduce Palestine’s dependence on the Israeli shekel, which it has relied on since signing the 1994 Paris Protocol on Economic Relations with Israel. As part of the deal, Palestine agreed not to issue its own currency.

The consideration of a central bank digital currency (CBDC) puts Palestine in league with other major states like China and Sweden, which have begun rolling out their own CBDC projects.

However, some economic analysts have expressed uncertainty about the feasibility of a Palestinian digital currency.

For Raja Khalidi, Director of the Palestine Economic Policy Research Institute, without any clear idea of what the PMA is mulling – a Palestinian cryptocurrency for market circulation, a CBDC which can serve inter-bank flows, or a more advanced version of digital payment schemes currently being developed – the discussion is hypothetical.

“We do not know what stage the PMA study has reached, and what prompted it,” he said. “Is it intended to somehow absorb the high levels of circulation of Israeli shekels in Palestinian markets, or to be used as a store of value, and eventually exchange?” Khalidi tells TRT World.

Or maybe, it’s simply “a means to stake out a symbolic Palestinian monetary identity,” he said.

Khalidi believes the macroeconomic conditions that exist in Palestine are not yet conducive for the issuance of a digital currency. He cautioned that digitisation of the financial sector – which is gradually proceeding in Palestine – is a different challenge compared to monetary digitisation.

Supplying a digital currency that people can use for transactions and store of value is “unadvisable” and “risky under current political configuration with structural economic distortions and absent of sovereignty or an autonomous Palestinian macroeconomic space.”

Abudaka tells TRT World that a Palestinian currency, digital or otherwise, is likely to be a bad idea due to “donor-dependency, lack of checks and balances on executive power, and without control over most of the land area, borders, trade and government budget.”

While a digital currency theoretically could be a solution for a host of monetary problems Palestinians suffer from, he viewed the PMA’s announcement as more of a “political position than a real policy option.”

And even if authorities were to launch a digital token, several obstacles will need to be navigated.

One is enforcement, in an economy marked by a high degree of reliance on cash combined with a dependency on the inflow of funds from abroad – especially Israel.

“Much of the West Bank’s income comes from Palestinian workers in Israel who are paid in Israeli shekels in cash,” Abudaka said.

Questions over how a new currency would be protected, and financial stability maintained, without the PMA possessing true independence from the executive branch of the government, are pertinent as well.

And even if these issues are solved, getting other actors onboard with recognising a new currency outside the West Bank and Gaza is not going to be simple.

“Israel (and to a lesser degree Jordan) are currently benefiting from their currencies being used in the West Bank and Gaza. Why would they change that?” Abudaka added.

When it was signed in 1994, the Paris Protocol was meant to last for five years with the expectation of a two-state solution being reached. Nearly three decades later, with a large stretch of Palestine under an Israeli military blockade, the Palestinian economy remains monetarily reliant on Israel.

Procedurally, it contains specific arrangements whereby the Israeli government collects import taxes on Palestinian trade with third countries and shares them with the PA, and sets up a mechanism for the collection of indirect taxes (VAT) on bilateral trade between Israel and the PA.

The Israeli government is then obliged to transfer these dues to the PA on a monthly basis, which constitute the bulk of so-called clearance revenues for the PA and are a key source of public revenues – and ultimately, the stability of economic conditions in the Palestinian territories.

According to data published by the PA’s finance ministry, domestic revenues accounted for an 8-9 percent share of GDP between 1996 and 2019, while clearance revenues rose from 10 to 14 percent.

However, the flow of clearance revenues has been interrupted almost a dozen times over the years and exploited by Israel as a tool of leverage.

Most recently, a political standoff between Israel and the PA disrupted clearance revenues lasted from May until November last year over Israel’s annexation plans in the West Bank.

Meanwhile, the advent of the Covid-19 crisis only further compounded financial sector risks, driving stability concerns to new highs, as the economy contracted by 8 percent in 2020.

Given the lack of control over a monetary base, limited liquidity or capital buffers, any ability to absorb such a large economic shock and manage the financial implications of the crisis were a significant challenge for Palestinian authorities, noted the World Bank.

The end of 2020 saw a financing gap balloon to $760 million, and the PA continues to be heavily dependent on the donor community and Israel to secure additional financing.

At the moment, Palestinian banks are awash with an abundance of shekels due to Israeli anti-money laundering laws, which prohibit large cash transactions. Israel also limits how many shekels Palestinian banks can transfer per month back into Israel, forcing them to have to borrow to cover foreign exchange payments.

Any push to develop a sovereign digital currency, then, is likely impacted by a dire economic situation on the ground. If launched, could it not provide much-needed digital payment rails for those living in the Palestinian territories?

Until now, global payment gateways like PayPal have refused to service the Palestinian market.

Abudaka points out that electronic payment systems remain extremely limited in the West Bank and Gaza because of low levels of financial inclusion and the informality of the economy. These systems are costly for merchants too.

International e-commerce platforms rarely ever recognise Palestinian banks or payment solutions, and even when online products are ordered, items are unlikely to be received due to Israeli restrictions, he added.

Compounded with all of this is limited internet availability and electricity shortages in Gaza.

“While there are increasing efforts by the PA and major corporations to push for increased use of electronic payments, it remains unclear whether these efforts will be effective in motivating adoption among wide segments of the population,” Abudaka said.

Could the adoption of cryptocurrencies like Bitcoin – which allow users to conduct peer-to-peer transactions without an intermediary and are censorship-resistant – then prove attractive as an alternative option?

Presently, the PMA has enforced a ban on crypto in the West Bank. In Gaza however, wars and severe blockades have pushed many towards digital employment.

“One major issue facing freelancers and the Gazan gig economy at large is severe limitations on ability to send and receive money,” said Abudaka, which led many to use “hacks” like cryptocurrencies just to be able to work.

Crypto has proved popular with Hamas, which rules Gaza. The organisation reported a surge in Bitcoin donations during the two-week conflict with Israel last month.

For now, there is no reliable way for Palestinians to upload their shekels, dollars or dinars into online crypto exchanges, since none of them operate with local banks.

Alongside high unemployment rates and long-standing trust around physical assets like cash for daily needs, volatile virtual assets like cryptocurrencies can realistically only function for cross-border transactions.