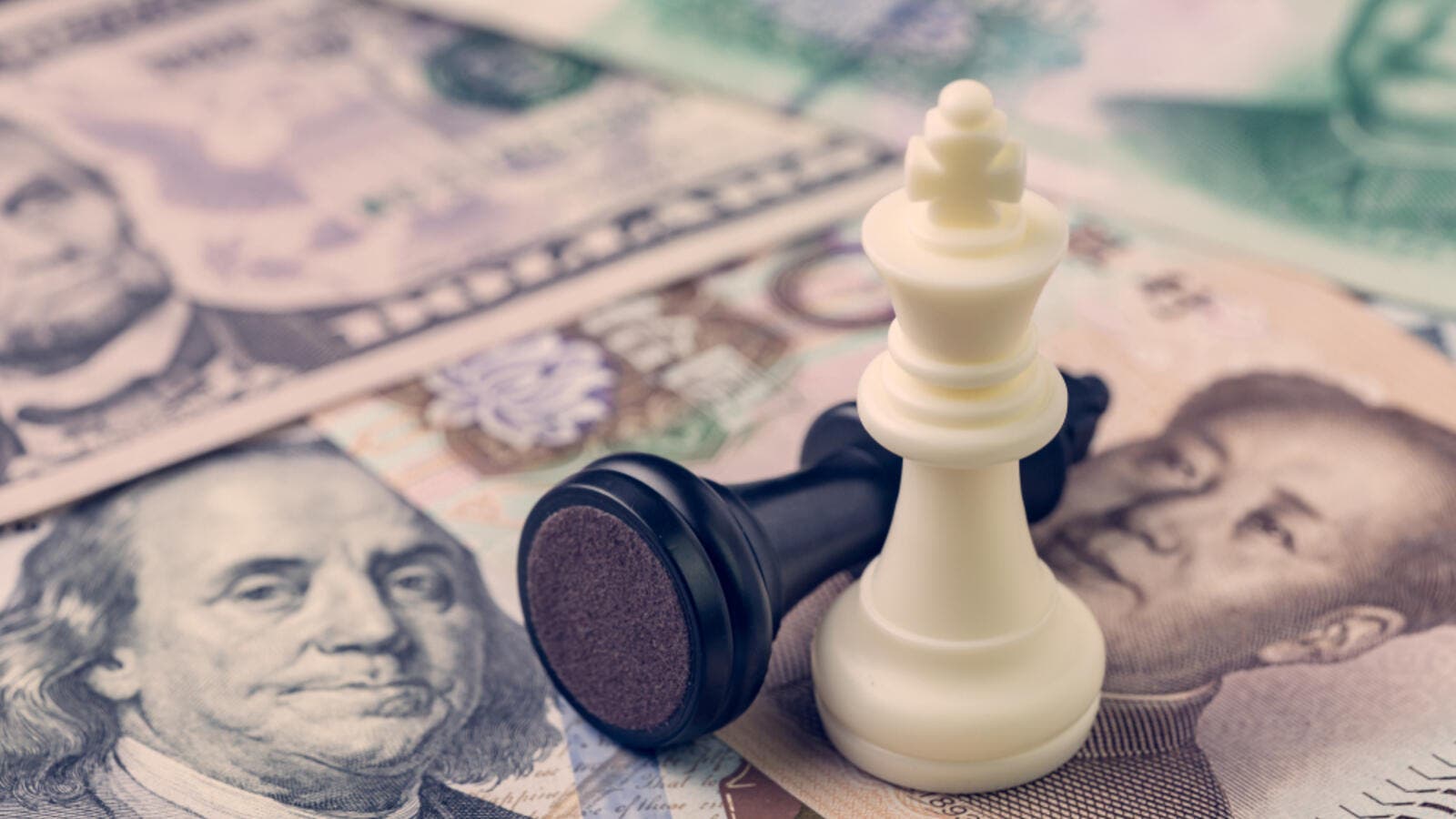 Beijing is often accused of using loans to entrap economically vulnerable countries, but on closer inspection, it doesn't come across as a predatory lender. (Shutterstock)

US officials have repeatedly accused China of engaging in ‘debt-trap diplomacy’, swamping poor countries with so much debt that they cannot repay their loans and surrender control of strategic assets to Beijing. These criticisms have been made publicly by some of the most senior figures in the Trump administration, including Vice President Mike Pence and Secretary of State Mike Pompeo.

Alice Wells, the senior official responsible for South Asia at the US State Department, chimed in during a recent event at the Wilson Center on the China-Pakistan Economic Corridor. Wells claimed, in response to an audience question, that the US was concerned about Chinese projects “that don’t have an economic basis and that lead to countries ceding sovereignty”.

But there are almost no such projects. ‘Debt-trap diplomacy’ is little more than a fantasy. Since the term was first coined in 2017, various studies have shown that China is not trying to seize strategic infrastructure by crippling poor countries with unsustainable loans. While Chinese lending has certainly contributed to debt overload in some economies, it is not the driving force behind their problems.

The example most commonly cited, including by Wells, is that of Sri Lanka’s Hambantota port, which was leased to a Chinese state-owned company. But Chinese lending only accounted for around 10 percent of the country’s external debt in 2017, and a host of domestic economic problems, including protectionism and weak exports, did more than China to bring about Sri Lanka’s malaise.

Even if Hambantota did count as an example of debt-trap diplomacy, it appears to be a one-off. Of more than 3,000 Chinese-backed projects tracked by various researchers, Hambantota is the lone case of asset seizure. Donghyun Park, an economist at the Asian Development Bank, told me in a recent interview that it was “the only example” of China seizing strategic assets in this way.

Other data shows that asset seizures are the exception, not the rule. The Rhodium Group catalogued 40 Chinese loan renegotiations. In most instances, China extended loan terms or wrote off the debt. The researchers determined that asset seizures were “very rare”. Other than Hambantota, the only example they could find was an apparent land seizure in Tajikistan (referenced by Wells). But the details of that case are murky.

As the authors of the Rhodium study write, China’s leverage in debt renegotiations is often exaggerated, and many of the examples in their study involved an outcome in favour of the borrower, not the supposedly predatory Chinese lender. Indeed, the Center for Global Development tracked Chinese lending from 2000 to 2017 and found more than 80 instances of debt relief.

Looking at specific regions, it is far from clear that China is intentionally driving poor countries into debt. In Africa, China is now the largest foreign creditor in a number of countries assessed by the IMF to be at risk of debt distress. But, as Deborah Brautigam of Johns Hopkins University writes, China holds half or more of the foreign debt in only three of the 17 countries identified by the fund.

Likewise in Latin America, data compiled by Boston University shows that Chinese lending has not driven countries, except possibly Venezuela, over the debt sustainability threshold. And, in the Pacific, a new study by the Lowy Institute determined that China “has not been the primary driver behind rising debt risks”. According to the authors: “The evidence to date suggests China has not been engaged in deliberate ‘debt trap’ diplomacy in the Pacific.”

In South Asia, Pakistan is currently undergoing a balance of payments crisis. But, while Chinese lending and imports under the China-Pakistan Economic Corridor (CPEC) have clearly exacerbated Pakistan’s problems, Beijing is not primarily to blame. Pakistan’s over-reliance on imported energy, its low tax revenues and general economic mismanagement have done more than China to send it over the cliff-edge.

Proponents of ‘debt-trap diplomacy’ suggest that China’s geostrategic interests are served when its partners struggle with debt. Economic crises allow Beijing to pounce, seize assets and amplify its political influence. But the evidence points in the opposite direction. Far from boosting China’s global power, heavily-indebted recipients of Chinese largesse are a clear liability for Beijing.

Look at Pakistan. China has had to slow down its flagship CPEC initiative there and provide emergency financing to fend off economic catastrophe. Pakistan has been forced to approach the IMF for yet another bailout, exposing China’s loans and investments to scrutiny and increasing Washington’s leverage over Islamabad (as the US is a majority shareholder in the IMF). This is no gain for Beijing, but a massive headache.

Venezuela is another example. China lent huge amounts of money to the government in return for oil imports. However, Venezuela’s economy collapsed and it could no longer provide enough oil to pay its bills. This undermined China’s interests by reducing its energy supplies and driving up global oil prices, adding to the country’s already enormous import bill.

The ‘debt-trap diplomacy’ narrative implies, wrongly, that China is forcing its loans on passive and helpless developing countries. But nations like Sri Lanka enthusiastically embraced China’s lending and are, in many ways, masters of their own misfortune. And others, such as Malaysia, have proven themselves to be more than capable of standing up to Beijing and demanding changes to Belt and Road Initiatives (BRI) projects.

Even if China wanted to seize assets from debt-ridden countries, it has limited ability to do so. Take the example of Ukraine, which agreed to repay its loans to China via grain shipments. When it failed to provide enough grain, Beijing had to resolve the matter through international arbitration. Seizing a foreign country’s assets is easier said than done - even for a superpower like China.

The BRI is actually more disorganised than proponents of the debt-trap diplomacy thesis like to imagine. Far from being a grand, systematic plan to take over the world, the initiative is in fact rather chaotic. A 2018 study by CSIS tracked BRI activity and found that it did not align with the government’s proposals. Many projects fell outside the six economic corridors described by Chinese officials.

Beijing is trying to impose some order by drawing up an official list of BRI projects. It is also conscious of the need to rein in debt. At the 2019 Belt and Road Forum, President Xi said that China should “ensure the commercial and fiscal sustainability of all projects”. There are already signs of caution, with loans being withheld from some heavily-indebted countries.

Moreover, Beijing has signed up to G20 guidelines on financing and infrastructure investment, and its Ministry of Finance recently introduced a new debt sustainability framework for the Belt and Road. This is not what you would expect if China was trying to overwhelm weak countries with debt.

Of course there is more work to be done. Beijing could join the Paris Club of official creditors and its financial institutions could adopt formal lending rules like the multilateral development banks. The US should engage with China to encourage further reform, not inflame tensions by making baseless accusations.

Plans of a Component Factory in Europe - How Is China Trying to Overcome the US Blockade?
China Suspends Additional Tariffs on US Goods After Agreement on ‘Phase One’ Trade Deal