Published July 25th, 2022 - 05:55 GMT
UAE residents will soon be able to trade virtual assets in AED using their local bank account. (Shutterstock)
Highlights
All your crypto news in one link!

Last week has been a somewhat volatile yet positive week for crypto markets, as the rising prices are hiking the overall sentiment of traders who rushed back into the market at the first hint of rising prices. 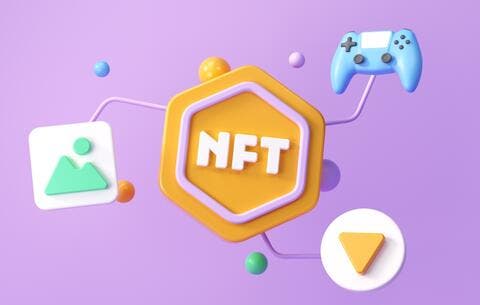 Without any further ado, let’s spill the peas of last week's news!

Crown Prince Sheikh Hamdan recently unveiled a master plan that intends to increase the number of blockchain and metaverse enterprises in Dubai from 1,000 to 5,000 in five years. The Dubai Metaverse Strategy wants to raise the metaverse sector's contribution to the emirate's economy to $4 billion by 2030.

The Dubai Metaverse Strategy, released earlier this month by Dubai Ruler Sheikh Mohammed bin Rashid Al Maktoum, aims to expand the emirate's contribution to the metaverse sector to $4 billion by 2030.

"Blockchain technologies are not permitted to be incorporated inside our client and server applications to guarantee Minecraft users have a safe and inclusive experience," the company stated. Crypto-skeptic gamers also urged Epic Games, the developer of Fornite, to follow suit, but the firm stated that it "absolutely will not" implement a similar prohibition.

According to fresh financial reports made last Wednesday, Tesla liquidated the majority of its Bitcoin (BTC) assets in the second quarter.

BREAKING: Tesla, $TSLA earning reports reveals they sold 75% of their #Bitcoin worth $936 million.

Just two months previously, in January, Tesla became one of the largest corporate Bitcoin holders after purchasing $1.5 billion in BTC. The transaction was revealed in a filing with the Securities and Exchange Commission in February. Tesla had intentions to accept BTC payments at the time, however, those plans were eventually canceled due to worries about Bitcoin's energy consumption.

According to financial statements, Tesla's net Bitcoin holdings were relatively steady for three consecutive quarters. Tesla had $1.261 billion in digital assets on its books at the end of March. Following the liquidation, the firm now has a $218 million exposure to digital assets.

The National Bank of Ras Al Khaimah (RAKBANK) and Kraken MENA (Kraken), one of the world's largest digital asset exchanges, has announced that UAE residents will soon be able to trade virtual assets in AED using their local bank account, in line with their commitment to "Simply Better" banking and innovation.

We are proud to share that #RAKBANK will become the 1st UAE bank to enable #Kraken, one of the world’s largest digital asset exchanges, to offer transparent, efficient, dirham-based digital asset trading to their UAE-based customers:https://t.co/fHO4qsaK2x#Cryptocurreny #Crypto pic.twitter.com/PGowmbeeof

Cryptocurrency investors in the UAE must currently use banks or other third-party providers outside the country to fund their trades, which often results in high foreign exchange rates and fees, longer lead times, and subjecting them to overseas jurisdiction asset governance, according to Kraken and RAKBank on Monday.