ALBAWABA- This week in Crypto News Recap, Iran and Russia are joining forces to issue a stablecoin backed by gold. While the aftermath of crypto winter is still being felt across the industry, however, bitcoin reached new multi-month highs, with the BTC/USD pair holding support at $21,000, soaring more than 25 percent over the past week, marking its biggest seven-day rally in nearly two years.

The bad news surrounding Genesis continues to mount with digital asset lender Genesis filing for chapter 11 bankruptcy. On a lighter note, the trump NFTs are making some noise.

With Genesis Capital filing for bankruptcy in New York, estimating liabilities between $1 billion and $10 billion, and assets at the same level, FTX contagions are still spreading throughout the cryptocurrency sector. The corporation intends to pursue "sales, capital raises, and/or an equitization deal" through a "dual track approach," allowing the company "to emerge under new ownership." The company claims that the broker-dealer, custody, spot trading, and derivatives businesses of Genesis are not involved in the legal actions. The parent company of Genesis, Digital Currency Group, has halted dividend withdrawals in an effort to preserve liquidity.

According to reports, the Central Bank of Iran and the Russian government are working together to launch a new stablecoin backed by gold. 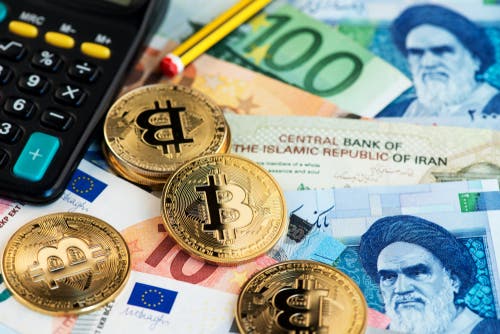 The "token of the Persian Gulf region" would replace fiat money like the US dollar, the Russian ruble, or the Iranian rial as a means of payment in international trade. The new coin would function in an Astrakhan special economic zone where Russia welcomes freight shipments from Iran.

NFT Watch: Trump Digital Trading Cards see 88% increase in floor price in the past 24 hours following news of his plans to return to Twitter.

According to market metrics aggregator Cryptoslam, sales volumes on Jan. 18 and 19 increased by 800 percent and 600 percent, respectively, over those on Jan. 17.

Following allegations that the former president was looking to rejoin Facebook and Twitter ahead of the 2024 presidential election campaign, some pundits think the heightened interest may be related to his impending return to social media networks.