Crypto News Recap: Italy to impose a 26% tax on crypto

This week in Crypto News Recap, Coinbase Wallet is no longer working for iOS users due to interference from Apple, Opera to allow the minting of NFTs, and Italy plans to impose a 26% tax on crypto. Let’s dive in!

Opera said in a press release sent to Cointelegraph that it has teamed up with Alteon LaunchPad to make it simple for newcomers to Web3 or the NFT space to mint NFTs.

We're happy to announce our partnership with @Alteon_io, aiming to make Web3 and the creation of NFTs more accessible for any digital artists inside Opera’s Crypto Browser!

Users will have access to a feature that lets them drop media files into the browser, which converts them into NFTs by writing a smart contract and uploading them to a blockchain.

On December 1, Coinbase Wallet claimed on Twitter that the tech company, which has a market capitalization of more than $2 trillion, had blocked the most recent version of its app in an effort to "collect 30% of the gas fee" through in-app purchases.

You might have noticed you can't send NFTs on Coinbase Wallet iOS anymore. This is because Apple blocked our last app release until we disabled the feature. 🧵

According to the platform, Apple allegedly wanted Coinbase Wallet to stop supporting NFT transactions because doing so would introduce "new policies to protect their profits at the expense of consumer investment in NFTs and developer innovation across the crypto ecosystem."

Users who were impacted by the decision, i.e. those who have iPhones, would find it "a lot harder to transfer that NFT to other wallets," according to the wallet app. Coinbase further stated that the block might have been a mistake and urged Apple to get in touch with the company if there were any problems.

Italy plans to impose a 26% tax on crypto

According to budget documents made public on December 1, Italy intends to impose stricter regulations on digital currencies in 2023 by extending its tax laws to cover cryptocurrency trading. 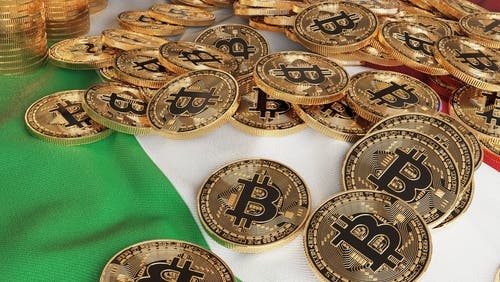 According to Bloomberg, the government has plans to impose a 26% tax on cryptocurrency trading profits exceeding 2,000 euros ($2,062) per transaction. As "foreign currency," digital currencies have historically been subject to lower tax rates.