Crypto News Recap: LUNA from a Hero to ZERO

Published May 16th, 2022 - 04:00 GMT
In fact, the crypto market wasn’t the only one appearing red this weekend as traders feared of the upcoming recession. (Shutterstock)
Highlights
As firm believers in the future of this industry, let’s take the moment to take a break to self-reflect and let’s take a quick look at what has happened in crypto's craziest week EVER!

While bitcoin continued to plunge, the crypto world witnessed a Terra-fying weekend that saw $283 billion (-17.85%) whipped off the market. With bears on rampage, a cascade of unfortunate events that triggered huge selloffs turning the charts upside down. 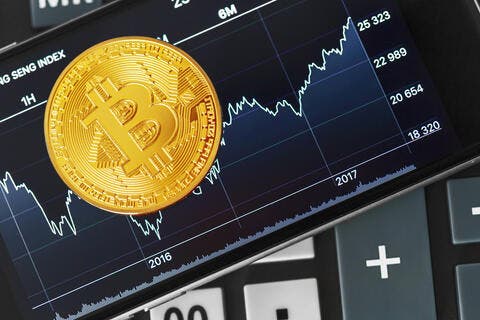 As firm believers in the future of this industry, let’s take the moment to take a break to self-reflect and let’s take a quick look at what has happened in crypto's craziest week EVER!

Not so long ago, LUNA was the top-10 coin by market cap, trading above $80, and its dollar-pegged algorithmic stablecoin UST was the No. 4 stablecoin. Then, over one unfortunate night, LUNA lost its value and is now trading at zero, wiping out over $30 billion in value due to its symbiotic relationship with its sister asset, UST, which was de-pegged to the $USD. As the dust of Terra Terror settles, its blockchain resumed activity on Friday following a nine-hour halt. Interestingly, Terraform Labs CEO, Do Kwon, submitted a "Revival Plan" to relaunch the Terra blockchain, with network ownership being distributed entirely to UST and LUNA holders via one billion new tokens. But what happens next to LUNA is anyone's guess

There’s no denying that the Terra LUNA collapse played a huge role in this, however, to add a semi-positive spin on this bloody carnage, this free fall of the crypto markets wasn’t due to it. In fact, the crypto market wasn’t the only one appearing red this weekend as traders feared of the upcoming recession.

Meduza, a Russian independent media outlet, has succeeded in raising $250,000 in funding to continue providing unbiased coverage of the Russian/Ukraine conflict.

Folks, Meduza has redesigned its crowdfunding after being disconnected from our supporters in Russia. We now turn to you—our global audience—to replace those 30k donators. Help us keep Russians & the world informed about the monstrous war against Ukraine. https://t.co/y83ieV9LuT

The financial troubles for Meduza began when “the payments via Stripe to the Latvian-based outlet weren’t going through, after the payments firm was forced to stop its service in the country”, Bloomberg reported. Dealt a blow from the Western sanctions and trying to do their job amid the Russian government censorship, Meduza found refuge in crypto with $250,000 in crypto donations through 146,000 individual transactions, according to Cointelegraph.

On a cheerful note, The Bahrain-based exchange, CoinMENA became the first licensed exchange to add limit trading, a feature that allows users to choose the price at which they want to buy or sell cryptocurrency, and the trade will be executed automatically when that price is reached.