This week in Crypto News Recap, the FTX faces the regulators, Sheikh Hamdan Gives the green light to the new phase of the Metaverse strategy that aims to build the skills of Emiratis and create a large metaverse community in Dubai, and Russia mulls a new national crypto exchange. So let's start! 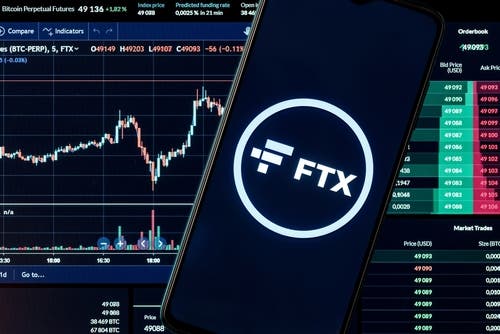 VARA announced on its official website that it had revoked the license for FTX MENA's Minimum Viable Product (MVP) in the announcement. VARA confirmed that FTX MENA's license had been suspended before any clients were revealed, citing the bankruptcy filing of FTX-related entities, including FTX exchange and Alameda Research.

The regulator stated that FTX MENA was still in the planning stages. The authority made it clear that the company did not yet have the authorization needed to launch its operations and accept clients. The regulator also emphasized that in order for the company to begin operations in the United Arab Emirates, virtual asset service providers (VASPs) must first secure a domestic bank account.

After Bankman-Fried's core business filed for bankruptcy, the Turkish government's MASAK made an official announcement outlining preliminary findings and actions against the company. On November 14, MASAK started an investigation.

The Turkish investigation body discovered that FTX mishandled user funds, embezzled money from customers through dubious business dealings, and manipulated market supply and demand by allowing users to buy and sell listed cryptocurrencies that were not backed by actual cryptocurrency holdings.

According to a LinkedIn post from FTX TR, since the launch of its mobile application earlier in 2022, the exchange has processed an average monthly transaction volume of $500 million to $600 million and has over 110,000 users. There were 27 workers for the company.

Dubai: Visitors Now Can Sell Bitcoin for Cash at SBID

Visitors can now sell Bitcoin in Dubai thanks to SBID's innovative services. Customers will be able to sell Bitcoin (BTC) for cash once this service is launched. SBID, a well-known crypto OTC in Dubai, wants to increase its crypto exposure in the city.

Dubai, the business center of the United Arab Emirates and the Middle East, is growing in importance in decentralized finance, specifically cryptocurrencies. Dubai's role in digital currencies has grown as a result of the ongoing implementation of crypto-friendly licenses and regulations. The emergence of new business fields necessitated the need for crypto and blockchain services. Since the crypto boom began in 2020, other traditional businesses have also wanted to try their hand in the crypto space. The emergence of new crypto-friendly companies has increased demand for dealers like SBID. Anyone in Dubai can now sell Bitcoin (BTC) by visiting an office in the city center.

Sheikh Hamdan bin Mohammed bin Rashid Al Maktoum, Crown Prince of Dubai, Chairman of Dubai's Executive Council, and Chairman of Dubai's Higher Committee of Future Technology Development and Digital Economy, has approved the second phase of the Dubai Metaverse Strategy, which will implement measures to empower the use of the metaverse and future technologies.

I chaired the first meeting of the Higher Committee of Future Technology Development and Digital Economy. @HHShkMohd’s vision has established Dubai as a global capital for the digital economy. As we prepare for the metaverse world, a new digital future is being shaped by the UAE pic.twitter.com/PjOI2cuaEk

Sheikh Hamdan approved four key strategies for using metaverse technology to provide government services, as well as a comprehensive study to identify the social benefits of implementing metaverse services, which will be submitted to the executive council for approval.

Russian lawmakers are drafting legislation to establish a national cryptocurrency exchange. This effort is reportedly supported by both the Ministry of Finance and the Central Bank of Russia, which have a long history of disagreement in the country regarding crypto regulation.

According to local media, members of the Russian parliament's lower chamber, the Duma, have been in talks with market stakeholders about amending the country's existing cryptocurrency legislation "On digital financial assets." The central bank will first be presented with the amendments, which would establish a legal framework for a national exchange.