Published August 16th, 2021 - 06:30 GMT
Leo Messi/@PSG_English
Highlights
Checking price charts? You know the drill... We got you covered! Here is a brief recap of all major Bitcoin and cryptocurrency news events of the past week.

Like every other week, it’s been a wild ride over the past seven days. But while Barcelona FC fans are still lamenting the transfer of Lionel Messi to PSG, crypto enthusiasts were on top of the world as another superstar has joined the cryptoverse and will be paid in crypto!

Last week, we covered the US senates grapple about the infrastructure Crypto tax bill, and I’m sure you’re eager to know which amendment won. Well I hate to break it to you, but neither of them won! After a week-long prolonged political drama, they decided to drop the whole thing, and pass the bill without any of the proposed amendments. Show off hands if you’re disappointed ✋😬.

Actual footage of US Congress deciding on Crypto provisions for #InfrastructureBill pic.twitter.com/HnDN171nVZ

On another note, PayPal-owned Venmo is moving forward in its crypto strategy by expanding support for crypto with a new cashback tool.

Checking price charts? You know the drill. We got you covered! Here is a brief recap of all major Bitcoin and cryptocurrency news events of the past week.

Bitcoin price has recovered tremendously hitting $47,000 at time of writing. 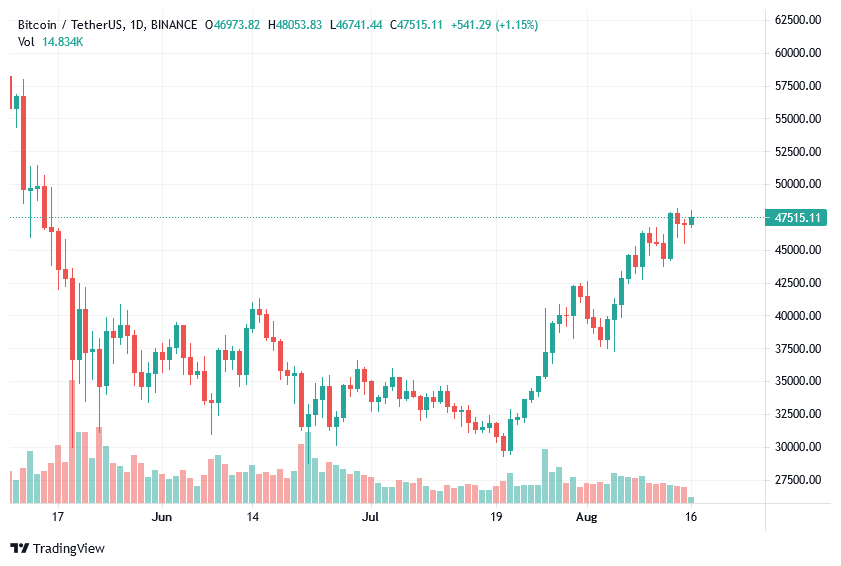 Total crypto market capitalization is above $2 trillion for the first time since May 19 this year! 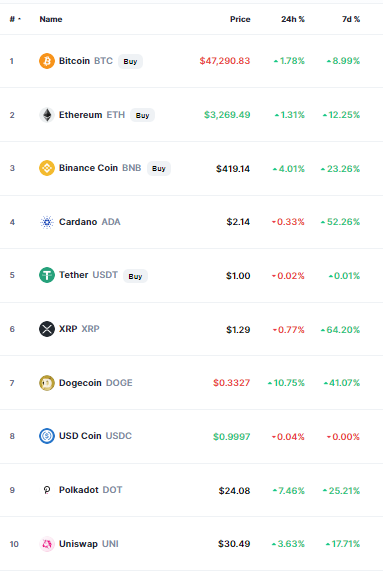 US Crypto Tax: The Finale Result

The US Senate has passed the $1.2 trillion infrastructure bill that sparked controversy last week but in a surprising twist! It passed without any change on crypto tax language that had held it for a week full of to and fro discussions!

This has left many crypto enthusiasts disappointed, but it’s not a death blow as crypto has just lost one battle, not the whole war. I know some of you are thinking that much ink has been spilled in over these discussions. However, looking at the glass half full, at least we now know that the US is ready to include cryptocurrencies in its future financial plans from now on. This new law will come into effect in 2023, and a lot can happen by then 👀.

“What I like about the infrastructure bill is this showed a recognition on the part of the 67 senators who voted for the bill that crypto is here to stay. This is an industry that’s maturing. It’s not in the shadows.”-Kathryn Haun, co-chair of Andreessen Horowitz’s crypto fund, to The New York Times.

In a bid to expand crypto support, PayPal-owned mobile payments outfit Venmo has introduced a new feature that automatically, and seamlessly lets users convert cash-back to crypto for free.

Say hello to Cash Back to Crypto with the Venmo Credit Card, rolling out to eligible cardholders over the coming weeks.

This new tool will enable Venmo credit cardholders to use monthly cashback in their Venmo account to auto-purchase cryptocurrency of choice, with no transaction fees.

To enable this feature, customers can use the app to navigate to the Venmo Credit Card home screen and select the Rewards tab then 'Get Started’ then select their crypto of choice.

Crypto exchange BitMEX has teamed up with Italian football club AC Milan to to put its logo on the sleeves of the Rossoneri official match kits for both women and men.

In a precedent of its kind, this deal would make BitMEX the first-ever Official Sleeve Partner and the Official Cryptocurrency Trading Partner for a football club.

According to the announcement, the logo will be advertised on the jerseys starting August 23, AC Milan’s the first match in the first Serie A league of the 2021/22 season.

Messi Becomes First Football Player to Get Paid in Crypto

Amid the signing reports, the PSG token’s price soared to an all-time high above $60.

The football club didn’t reveal how many tokens the six-time winner of the Ballon d’Or for best player and European Golden Shoe for top scorer is receiving.

The Grand Theft Crypto of PolyNetwork

On Wednesday, PolyNetwork, a decentralized finance platform, has announced losing an estimated $600 million in cryptocurrencies in what is considered one of the sector's biggest ever hacking attacks, according to Albawaba. 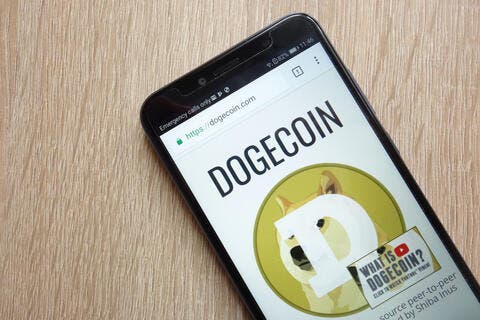 Dogecoin: All You Need to Know About The Ambiguous Cryptocurrency
— Poly Network (@PolyNetwork2) August 11, 2021

Then in a very surprising move, the hacker returned some of the funds they stole! Poly Network has announced $500,000 reward to any crypto hacker who returned stolen assets.

After The Taliban Takeover: Hundreds Try to Board Planes in Kabul Airport