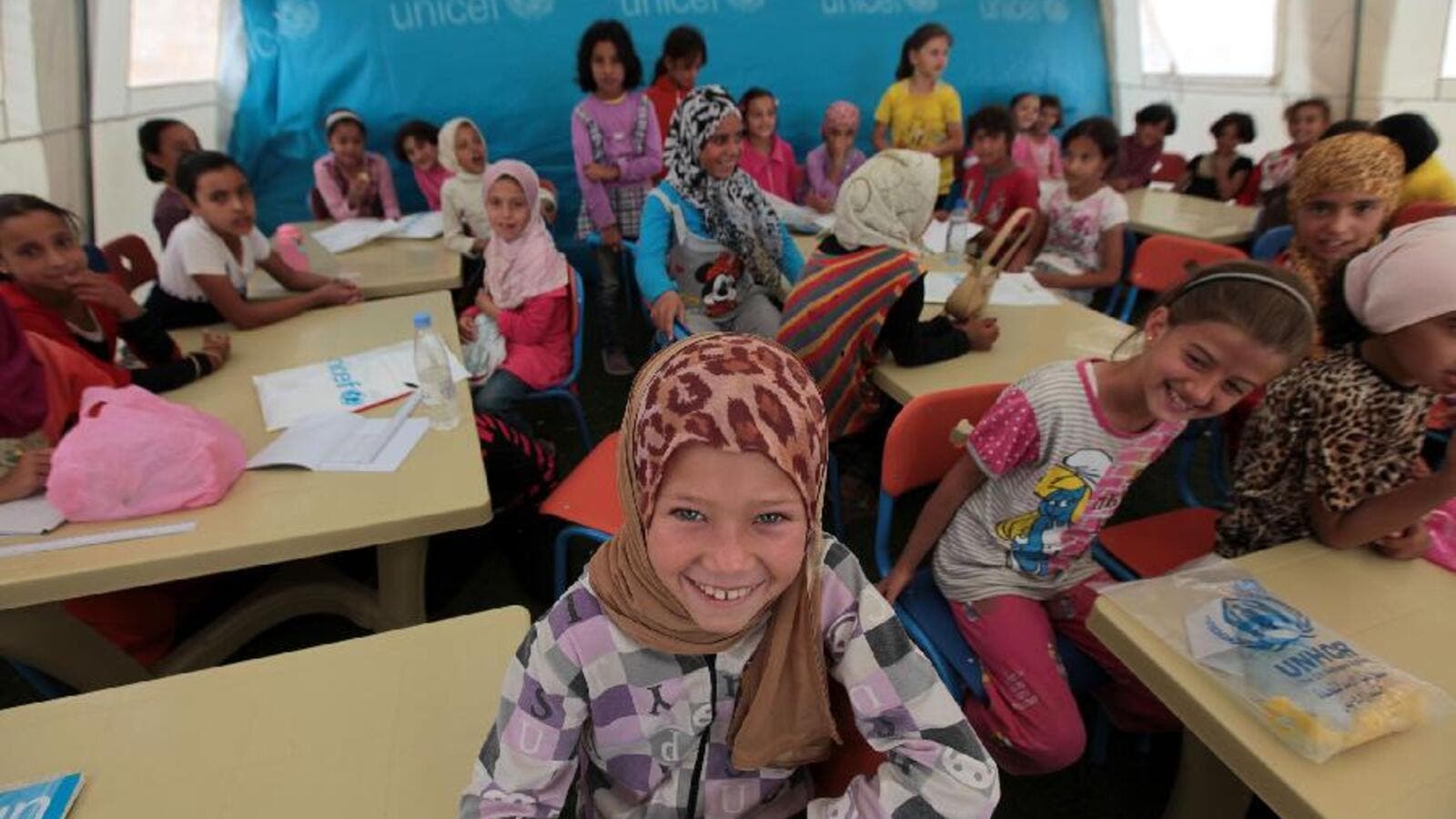 The Education Ministry plans to introduce double shifts at 102 schools where Syrian students are enrolled, bringing the total number of schools working on two shifts to 200. (File photo)

The Jordanian government on Monday signed grant agreements worth $97.5 million with donors to support the Jordan Compact Education Fund.

Speaking during the signing ceremony, Fakhoury noted that the grants from the UK’s Department for International Development (DFID), USAID and the governments of Switzerland and Norway followed their commitments at the London donor conference.

According to the Jordan Compact, which was agreed during the London conference in February, $1 billion is needed to support the education sector over the next three years.

The Education Ministry plans to introduce double shifts at 102 schools where Syrian students are enrolled, bringing the total number of schools working on two shifts to 200, said Fakhoury.

Around 50,000 new Syrian students will be enrolled in schools, increasing the total number of Syrians at public schools to 193,000.

In addition, 25,000 Syrian children whose education has been disrupted will be enrolled in catch-up programmes to enable them to enter public schools in the coming years.

Jordan does not want a Syrian generation to be lost, as this would have negative consequences on local communities in Jordan “and on our Syrian brothers”, Fakhoury told reporters.

The agreements signed included a joint financing deal with DFID, USAID and Norway worth $35 million (JD25 million) for the upcoming 2016-2017 academic year, including $23.5 million from DFID, $10 million from USAID and $1.22 million from Norway.

The government also signed a memorandum of understanding with DFID to support the Jordan Compact’s Education Programme with $84 million over a four-year period, including the $23.5 million in the joint financing agreement.

A $2.29 million grant agreement was also signed with the Swiss government to rehabilitate 30 public schools by April 2018.

British Ambassador to Jordan Edward Oakden said the DFID grant is part of his country’s efforts to support Jordan in bringing all Jordanian and Syrian children in the Kingdom into education by the 2016-2017 academic year.

In addition to enrolling Syrian children into the formal education system, the funding will provide training to over 500 teachers and will improve the level of facilities available in 4,500 schools.

“By working together, the UK and the Jordanian government are delivering changes that will have a real impact on the lives of ordinary Jordanians and help to build futures for both Syria and Jordan,” Oakden said.

He noted that the UK has provided over $500 million in support to Jordan since the beginning of the Syrian crisis.