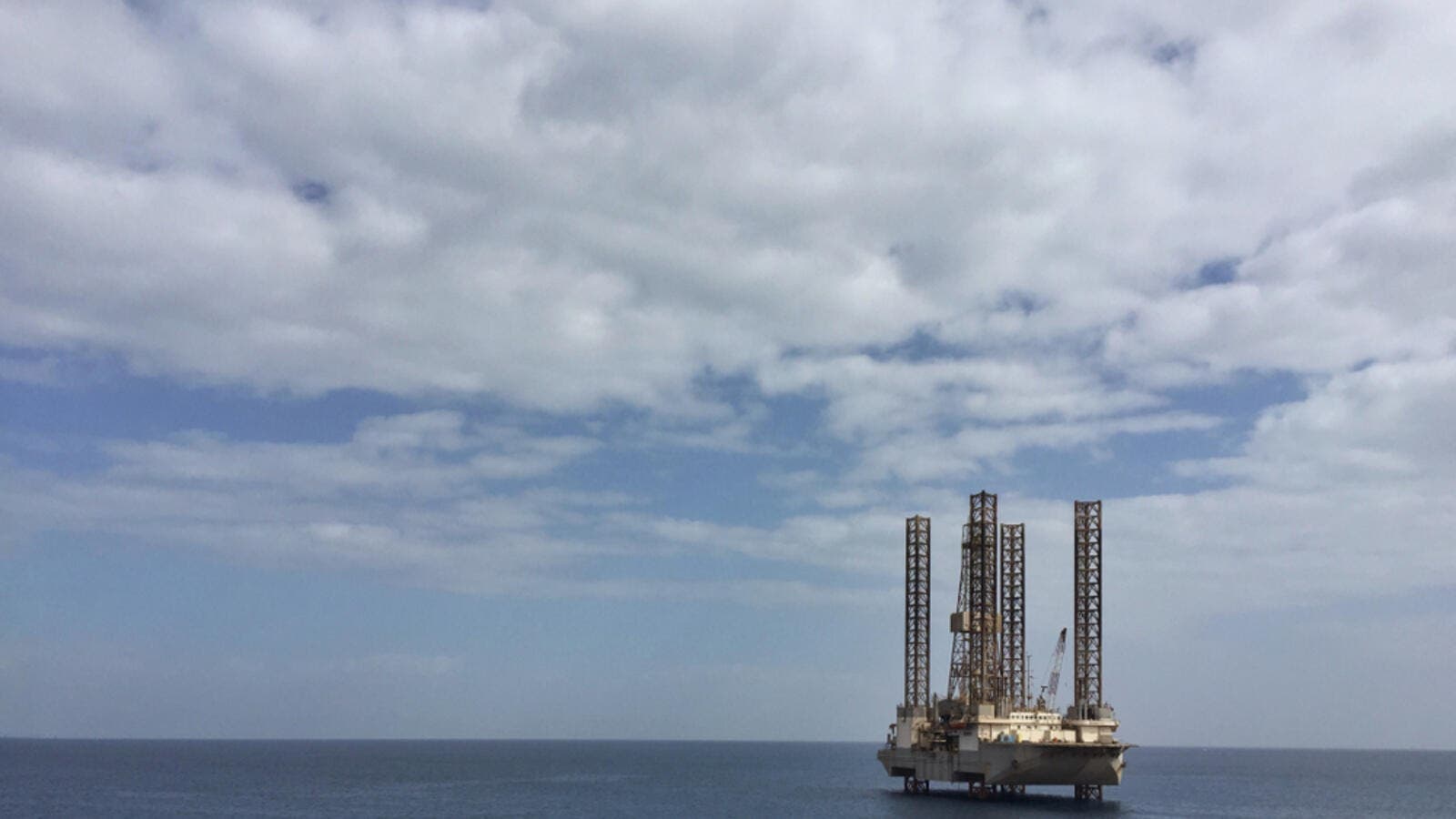 Offshore Jackup Drilling Rig in the Gulf Of Suez. (Shutterstock)
Highlights
There is a plan to increase the output from fields of Ras Shukeir to around 73,000 barrels of oil per day.

The Egyptian Ministry of Petroleum announced Monday that its expanding search activities of oil petroleum and gas, and developing output fields in Ras Shukeir, Gulf of Suez.

This also includes continuing to develop and enhance the efficiency of basic structure and production facilities in the region.

A statement by the ministry revealed that the average of output from the fields of the Gulf of Suez Petroleum Company (GUPCO) reached around 61.7 barrels of crude oil per day during the fiscal year of 2018-2019.

There is a plan to increase the output from fields of Ras Shukeir to around 73,000 barrels of oil per day.

The chairperson of GUPCO, Geologist Khaled Hamdan, said during his meeting with Minister of Petroleum and Mineral Resources Tarek El-Molla that the company aims to increase investments in Ras Shukair fields from USD391m in FY 2018/19 to about USD503m in FY 2019/20.

GUPCO plans to bring total investments in the fiscal years (FY) 2019/20 and 2020/21 up to USD1.2bn to expand research, exploration, and development activities. The company aims to drill 13 new wells and carry out 12 repair operations, which will contribute to increasing production to targeted rates.

Meanwhile, Shell Oil Company announced that the “Discoverer India” Drillship will begin drilling its first exploration well “Montu” at a depth of 6,000 meters below sea level in the West Delta Deep Marine (WDDM) concession by the end of the month, according to the company’s statement.

“The Company has put a strategy to increase and sustain natural gas production in the Mediterranean through a series of steps, such as exploring investment opportunities in the concession, as well as using innovative ways to explore natural gas in an unconventional way in Egypt, in 20,000 feet marine depth”, said Khaled Kacem, Shell’s Chairman and Managing Director in Egypt.

Kacem stated that Shell supports Egypt in turning into a regional energy hub by taking several steps such as investing significantly to recover Rashid and Burullus gas plant’s production capacity, which contributed with 40 percent of total Egypt’s gas production.

Omar Hilal, Rashid Petroleum Company (Rashpetco) General Manager and Managing Director said: “The Montu Well, which will be drilled with huge investments lies in a Pre-Messinian layer in 6,000 meters depth which is the equivalent to 20,000 feet in a High-Pressure, High-Temperature (HPTP) layer."

"Montu drilling process shall take around five months once they get started, as the well’s reserves are around 4.7 trillion cubic feet (tcf), while the drillship will keep operating for a year as a part of the exploration process that includes another well that is fully owned by Shell," he added.