EU to Set up an SPV to Facilitate Iran's Global Commerce 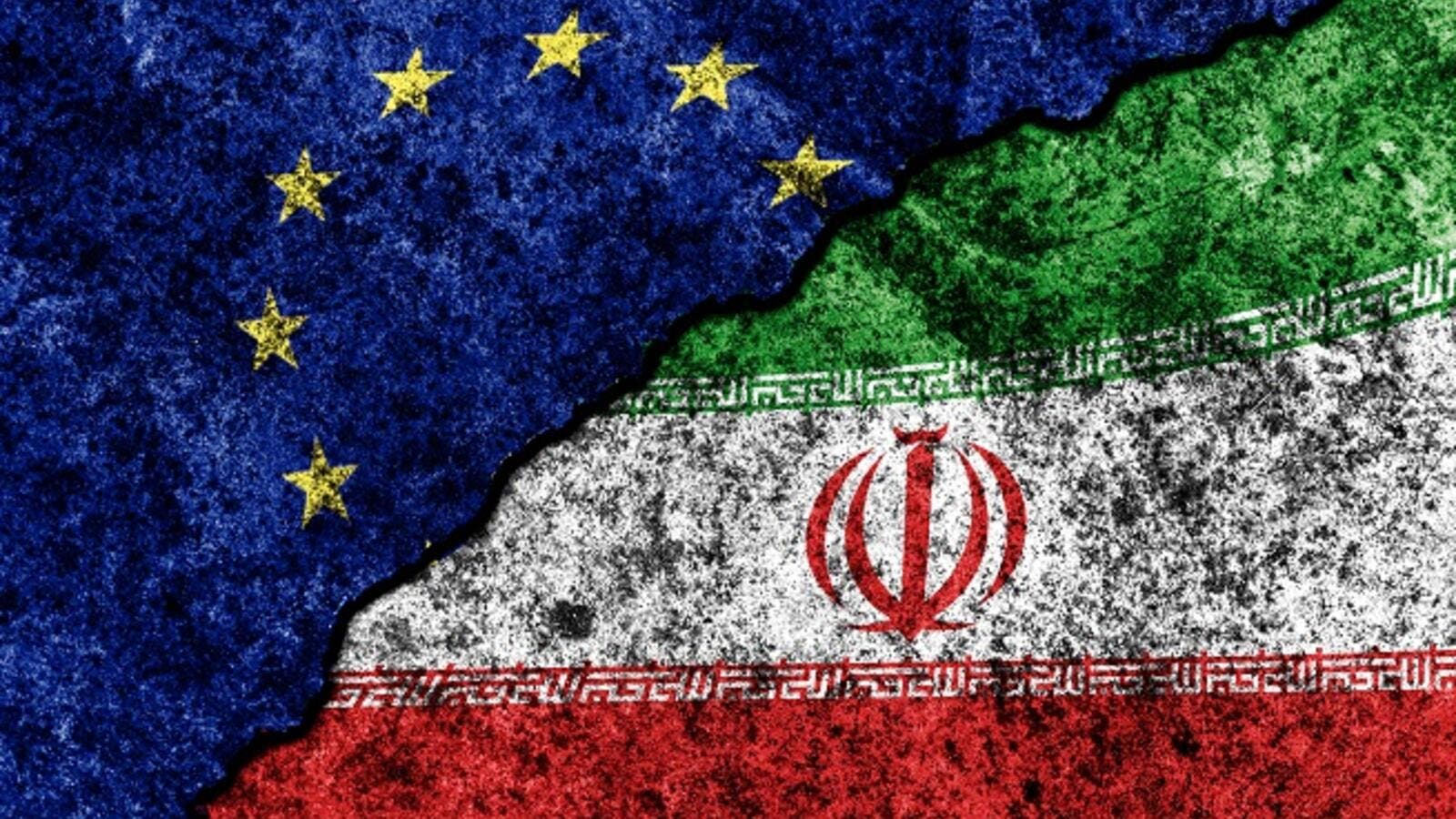 The three countries could set up a "Special Purpose Vehicle" . (Shutterstock)

The news that Germany, France & UK are actively considering a “Clearing House” to facilitate Iran's global commerce is probably the most important development in financial & energy markets for many years.

According to weekly Der Spiegel and business daily Handelsblatt reports quoted by international news media on 15 September 2018, the three countries could set up a "Special Purpose Vehicle" (SPV) -- a firm resembling a “clearing house” that would cut their Iranian business partners out of the financial loop while still allowing business and trade as usual. Italy is reportedly also is interested in participating.

AFP has quoted an official from the German economy and finance ministries as saying that the scheme is one of several options that EU capitals are discussing with the European Commission to create "independent payment channels" for doing business and trade with Iran.

European Commission spokeswoman Maja Kocijancic has said that Brussels wants "to make sure the effects of the sanctions are minimized for companies that want to do legitimate business with and in Iran and they can still have access to necessary finance," adding that "currently the work is ongoing". While Berlin, London and Paris are driving the scheme, Der Spiegel reported that if it is implemented it would be open to other EU member states.

For example, Iran could ship oil to Spanish, Greek or any other EU countries’ firms, accumulating € credits that could be used to pay for EU goods and services exported to Iran. That is to say without any need for U.S. dollar involvement.

Throughout my career at the National Iranian Oil Company & Petroleum Ministry, I studied energy and financial markets and developed innovative policies with the encouragement of my senior managers. One of the most important was the 2001 proposal to develop a Persian Gulf oil benchmark price which was not under the control of Wall Street & major international oil companies (IOCs). The concept was pursuant to my Master’s Degree dissertation in which I suggested that Iran should become a major participant in the rapidly developing International Petroleum Exchange markets at the beginning of the 1990s.

I was pleased to hear the idea was taken seriously when the late Dr. Nourbakhsh, governor of the Central Bank of Iran, showed interest and pursued the matter with Bijan Zanganeh, also then the minister of petroleum in June 2001.

The UK Wimpole Consortium included what is known today as the Tehran Security Exchange Technology Company (affiliated to Securities & Exchange Organisation) and developed a market design and proposal in 2004 at the centre of which was the innovative online data sharing now referred to as Energy Financial Technology (Energy Fintech). As result of their feasibility study & report regulatory approval was obtained for the Iranian Oil Bourse (Persian: بورس انرژی ایران), International Oil Bourse, Iran Petroleum Exchange Kish Exchange or Oil Bourse on Kish Island, which opened its first phase on 17 February 2008.

This Bourse was the outcome of cooperation between Iranian ministries, the Iran Mercantile Exchange and other state and private institutions in 2005.  It was intended as a bourse for petroleum products, petrochemicals and natural gas in various currencies beyond the United States dollar, primarily the euro and Iranian rial and a basket of other major (non-U.S.) currencies.
The Kish Bourse was officially opened in a videoconference ceremony on 17 February 2008, despite last minute disruptions to the internet services to the Persian Gulf regions.

Either because the administration of former President Ahmadinejad didn’t understand the Bourse concept or for some other reason, the Iran Petroleum Exchange Kish Island Exchange was deactivated. The Wimpole consortium was never paid for their comprehensive and innovative work and faced considerable hardship and UK legal action by their members to recover costs.  However, the consortium’s initiative which was quietly abandoned at Kish Island remains valid to this day.

Chris Cook is a leading global expert in the legal design of markets and financial instruments. He was responsible for the legal design of the IPE's UK natural gas Balancing Point futures market that launched in 1995. He originated the 2001 proposal letter dated 25 June 2001 and sent to the Dr. Nourbakhsh and he architected the 2004 Kish Island Oil Bourse Energy Fintech proposal.
When I asked Mr. Cook how Iran should respond to the aforementioned EU/UK initiative reported to be under development, he was kind enough to respond in detail.

“The first point I would like to make is that Iran should cease to react to competing initiatives from other nations or groups of nations, and should instead take the lead by making constructive and pro-active proposals. In other words, Iran should build upon a track record of innovative energy diplomacy by proposing “Energy for Peace”, which described Iran's proactive and collaborative initiative to supply natural gas to Armenia and the Autonomous Republic of Nakhchivan.”

Having been personally involved in implementing the Nakhchivan initiative based on energy cooperation, I asked Mr. Cook to explain further.

He said: “In my view, the last thing that is needed is an opaque oil market financial middleman the aim of which is to replace the dollar with the euro. This would certainly help the euro by supporting its value with Iranian oil, in the same way that the U.S. dollar is currently propped up by U.S. shale reserves and Saudi oil. However, even in the medium term this policy would be unsustainable, even if it were consistent with Iran's resource sovereignty under the Islamic constitution, which it probably is not. It would also be an invitation to corrupt practices in Iran and EU countries.”

It is no secret that one of the principal aims of the EU and the European Central Bank which underpins the EU as a political project, is for the Euro to become a global reserve currency, and that a Petro Euro is a prime goal. So I asked Mr. Cook what he had in mind for Iran to deliver Energy for Peace.

Energy as a service

He answered: “It has been clear for some time that the energy market is evolving from a capital intensive commodity market to a smart services market based upon what I think of as intellectual capital. What I mean by this is that people do not use oil and gas; they use energy as a service delivered to them by utilities, such as heat or cooling, power for transport, lighting and even water.”

He added: “It is self-evident that Iranians – like anyone else - would find a credit or token which can be used to pay for such essential energy services to be acceptable as a means of exchange or currency. This concept of an energy services instrument – which I have named the “Energy Credit Obligation” (ECO) - has already been proposed to the Scottish Parliament, and I will be presenting the ECO this week at a major conference in Moscow, following a visit I made earlier this year as a Senior Research Fellow at University College London to brief a Russian Deputy Energy Minister on Energy Fintech.”

I asked Mr. Cook how the ECO – which clearly has no nationality - could be implemented in Iran and beyond.

He responded: “In the same way Germany, France & the UK are discussing a new institution outside the existing channels, there is no reason why Iran's Central Bank, Petroleum and Energy Ministries should not likewise create new institutions. My proposal is for a network of “Energy Treasury” consortia to be created at the local level at which energy services are of course delivered. Such a decentralised & local initiative will naturally require the participation of local authorities under the supervision of central authorities, with implementation by the private sector, and with research and development through a Resilience Network of academic institutions.”

This seems to me a completely sensible domestic approach to energy policy which could quite possibly attract and mobilise the enormous amount of 'dark money' sitting in gold, dollars and Euros throughout Iran into investment via Energy Loans in energy infrastructure which offers an energy return.
However, at this point I returned to the question of how Iran could access and pay for international goods and services urgently required.

He confidently said: “Iran could propose to the EU that in addition to conventional (but difficult, due to U.S. intimidation) sale of oil to European refiners in exchange for Euros, Iran could also supply oil under swap arrangements. In return for oil supplied, Iran would receive from European refiners “Energy Credit Obligation” (ECO) credits returnable in payment for products such as Euro 5 gasoline. Such energy swaps, if mutually assured within an “Energy Clearing Union” guarantee framework would give Iran the choice of either taking delivery of such gasoline, or of using ECOs in exchange for European goods and services.”

I reminded Mr. Cook we had discussed this in the Greek context at the Delphi Economic Forum earlier this year, as well as writing articles also published by Tehran Times, but it was possible certain business groups in Iran resisted the concept because they were reluctant to introduce more transparency. He agreed that was a possibility, and said:  “Indeed so. But please consider the fact that if Hellenic Petroleum, which is a major regional supplier of oil products, were to enter into oil for product swap with Iran, then Hellenic's “Energy Credit Obligation” -ECOs would probably be acceptable to businesses throughout the region eager to supply goods and services to Iran. I could also imagine this would work well with the Saras refinery in Sardinia which is well placed to supply product throughout the Mediterranean”.

He added: “In summary, my suggestion to Iran would be to propose (in addition to the conventional SPV reported to be under consideration) - an Energy Clearing Union agreement between the EU, the UK (even after Brexit) and Iran. In the same way that Italy, Greece, Spain and others could later be added to the SPV, so Russia, Turkey and Caspian littoral nations as well as Central Asian countries could be added as members of an extended Energy Clearing Union”

To conclude, in my view, Mr. Cook’s “Energy Credit Obligation” (ECO) proposal potentially offers Iran the opportunity to be pro-active and take the lead through an international initiative based upon energy diplomacy. In this way Iran could introduce an Energy First doctrine based upon energy economics, rather than the current choice between U.S. First and EU First, and between Dollar or Euro economics.

I believe the “Energy Credit Obligation” (ECO) proposal enables global energy security and resilience and represents energy for peace: it represents nothing less than an Energy Revolution.