Finding a balance between conservation and tourism in Oman 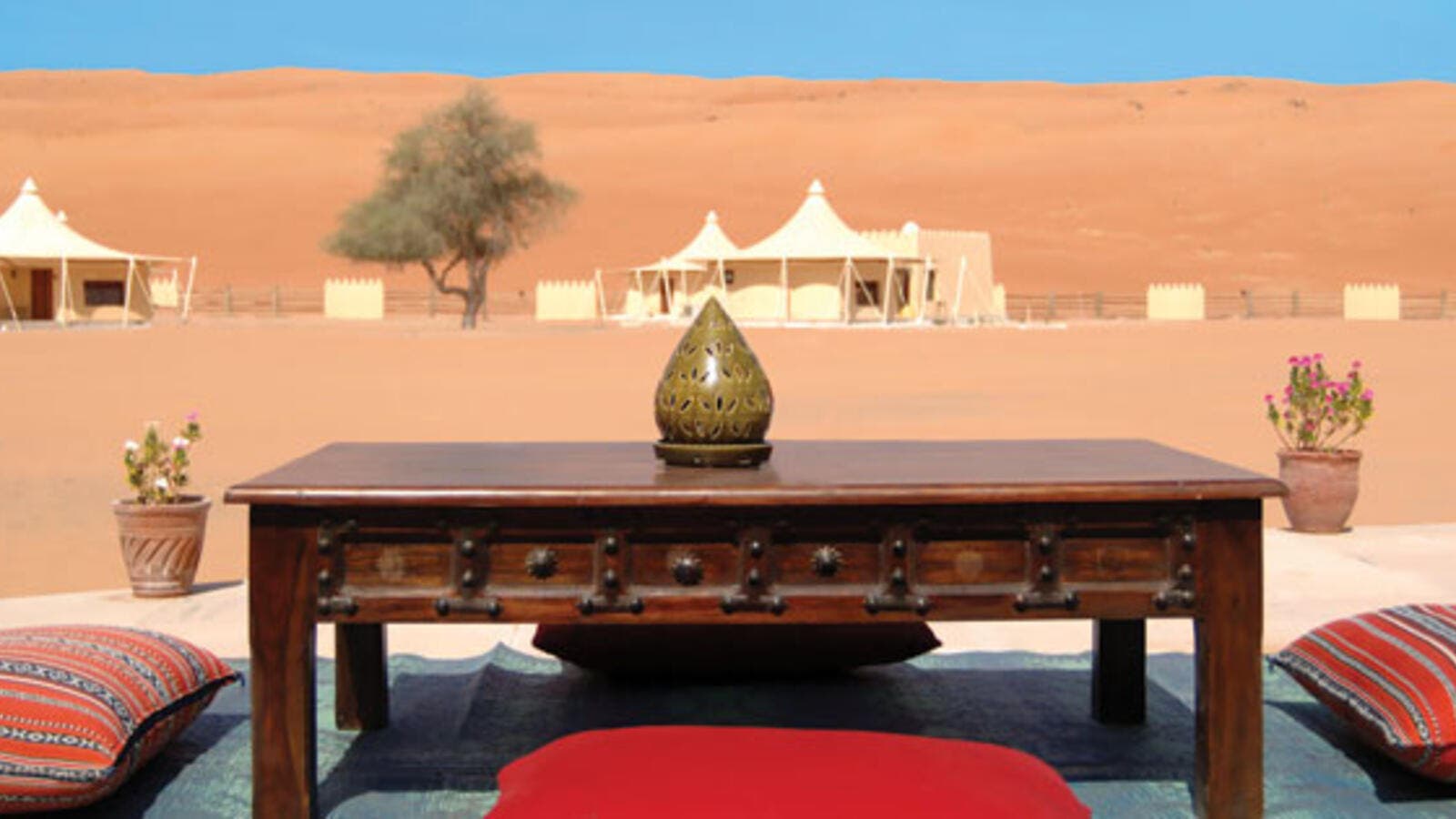 The bedouins in Al Sharqiyah have complained about noisy tourists, who camp near their tents. (OmanTourism.gov)

Oman's Bedouin tribespeople have complained to the government about off road tourist groups disturbing their peace, prompting ministry officials to open discussions with them and tourist firms across the Sultanate.

The Ministry of Tourism, keen to strike a balance between preserving habitat and encouraging tourism to the ancient Al Sharqiyah dunes, is considering the views of both tourism companies and local residents living near the dunes in the wake of recent complaints, an official at the ministry told the Times of Oman.

The dunes are one of the major attractions in the Sultanate as thousands of campers flock to enjoy their beauty from October to March. However, tourism companies in Oman had expressed their concern recently as officials mull a draft restricting access to the tourist areas in Al Sharqiyah sands.

A committee of top officials is considering limiting the number of tourism areas in the governorate after they received complaints from local residents.

A number of experts expressed fear that such a decision could harm tourism activity in one of the most popular destinations in Oman. But the ministry said it is not only considering the tourism companies’ benefits, but also consulting local residents with regards to the draft.

“The ministry is keen to preserve the interests of all parties as it has displayed the draft at the Municipal Council in North Al Sharqiyah governorate to become familiar with the local residents’ perceptions,” the Tourism Ministry said in statement, adding that it is working along with Oman Chamber of Commerce and Industry (OCCI) to serve the tourism sector in the Sultanate.

Ali Salem Al Hajri, chairman of OCCI in the North Al Sharqiyah governorate said he has been receiving complaints from a number of tourism firms about the draft. He said the companies are not happy with the area limitation.

“The bedouins in Al Sharqiyah had complained about noisy tourists, who camp near their tents,” he said. Al Hajri agreed that such rules may affect the tourism industry in Oman. However, the draft has not yet been finalized and it will not come into effect in 2016, he added.

He also explained that it is vital to consult tourism companies before taking such decisions in order to reach a middle ground between the firms and the locals.

The draft illustrates a designated route for campers to keep them away from the grazing areas.

“This will provide business opportunities for the bedouins, such as selling traditional food and offering camel rides to tourists,” he stated.

Ali Al Jahdami, owner of a local tourism agency criticised the draft, saying it will result in a reduction in the numbers of adventure tourists in the area.

“This is contrary to the orientation of the government to promote tourism in the country,” Al Jahdami noted, adding that the locals had complained about campers, who set up their tents near the residential and grazing areas, which according to him, is considered a red line by tourism companies.

“Tourism companies set their camps around 50 kilometres away from the residential areas,” he said, adding that narrowing the tourism area will not satisfy the needs of tourists, who seek recreation and comfort.

Another tourism agency owner said the ministry has only prohibited tourists from camping in the dunes near the residential areas, while the rest of the desert will be open for fun activities.