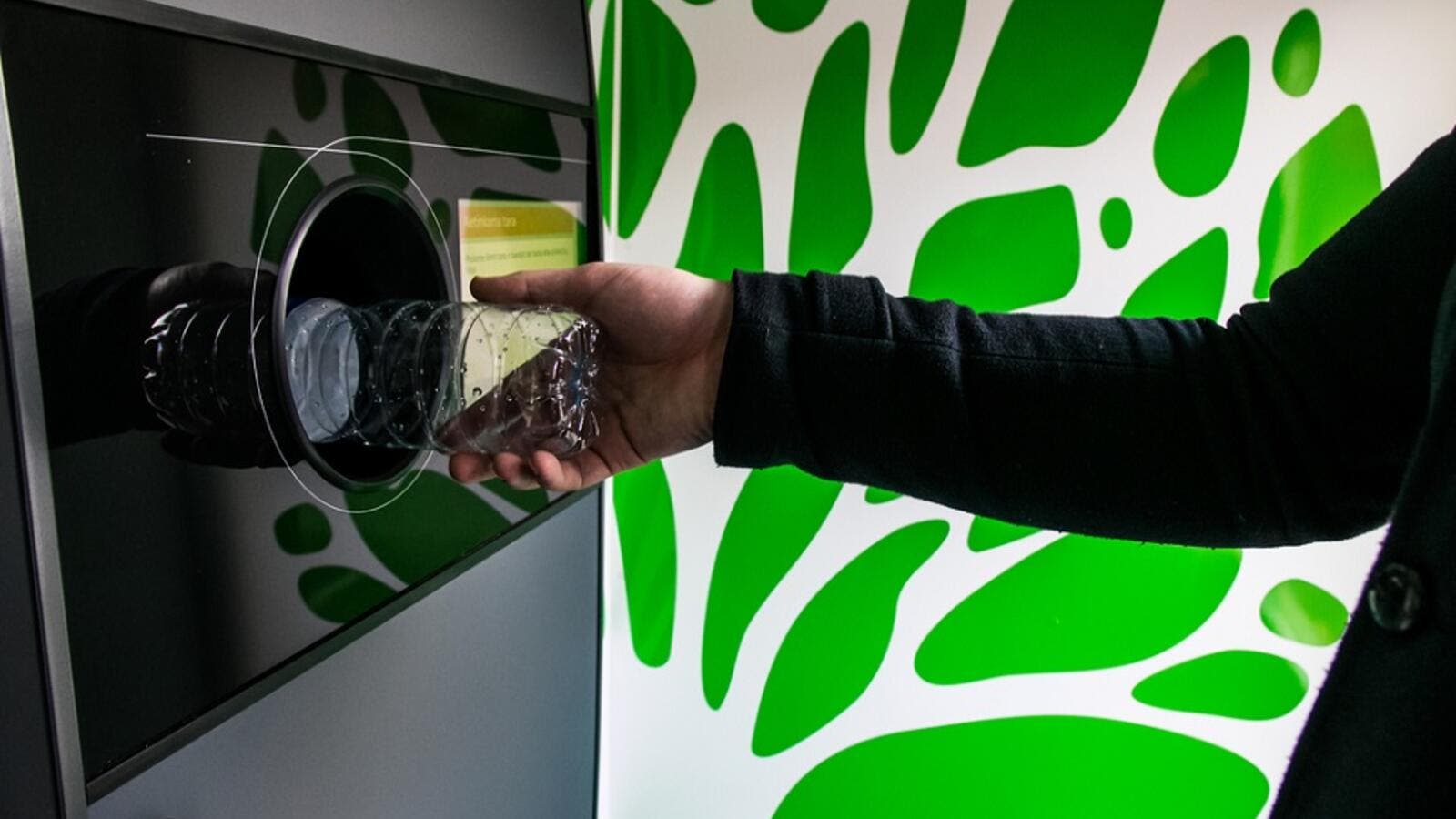 One ticket valid for 100 minutes of travel costs 30 bottles. (Shutterstock)
Highlights
The machines process 20,000 bottles daily, and on average customers carry between 15 and 20 bottles at a time.

Rome is trying to become more environmentally friendly by offering free metro tickets to travellers who re-cycle plastic bottles using machines set up in three of the Italian capital's stations.

The initiative, which was launched in July, has proved so popular that 350,000 bottles have been recycled. It will soon be extended across the metro network and run until July 2020, the city's public transport company ATAC says.

The machines process 20,000 bottles daily, and on average customers carry between 15 and 20 bottles at a time, ATAC says.

A few eager recyclers have collected as many as 3,500 bottles in less than 20 days, worth some 175 tickets, an ATAC spokeswoman said.

The scheme has been welcomed by residents in a city with a chronic trash collection problem, where re-cycling is patchy and inefficient.

"If you use money to involve people (in recycling), even those who have no civic sense will recycle", Rome resident Claudio Perelli told Reuters as he fed his bottles into one of the machines. 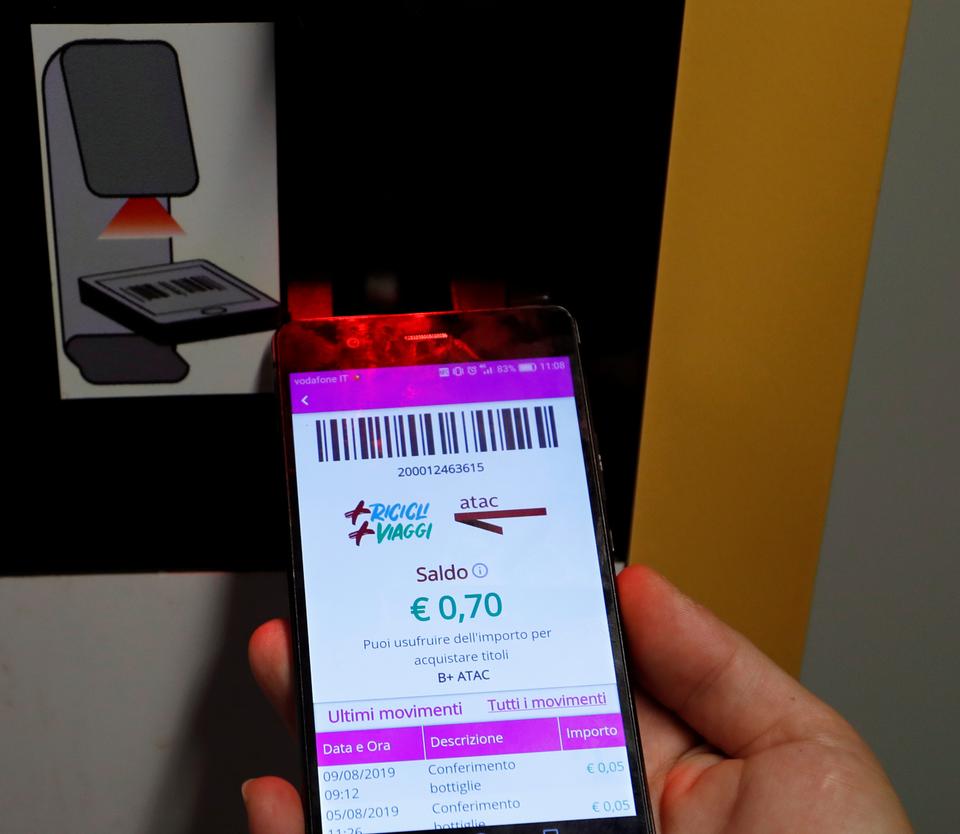 A scanner of a recycling machine reads barcode on a smartphone in San Giovanni metro station in Rome, Italy on September 27, 2019.(Reuters)

Commuters need to download an app onto their mobile phones which registers the number of tickets they have earned on the basis of the number of bottles fed into the recycling machines.

One ticket valid for 100 minutes of travel costs 30 bottles, which must be inserted into the machine with the barcode label so that the machines can read them and register them on the app.

The metro turnstiles can directly read the app on mobile phones, so that commuters participating in the initiative do not need to buy a normal paper ticket.

Rome is the first capital city in the European Union to launch the scheme in metro stations.

Similar schemes have already been adopted in Beijing and Istanbul.