Political unrest has been ravaging many parts of the Arab world for the last several decades, crushing youth dreams and pushing thousands of them to put every effort to leave their home countries for better educational and employment opportunities. In 2020, the Coronavirus pandemic came only to aggravate the challenges faced by youth.

The Arab Youth Aspirations lead to one vision that surpasses distances & borders. They have defined their priorities as part of a huge study conducted with the help of more than 7,000 Arab Youth from around the region. Find the full results from the link: https://t.co/5YKBEfK7Ma pic.twitter.com/uYryJWqn4g

As the world celebrates International Youth Day amidst severe economic calamities following the outbreak of the COVID-19 pandemic, it's important that we take a look at some of the most pressing challenges faced by the younger generation in our region.

On this occasion, the Abu Dhabi-based Arab Youth Centre has released results of its survey entitled "Arab Youth Priorities 2020," in which they asked more than 7000 young individuals from 21 Arabic-speaking countries to rank their priorities in terms of areas that need development in their countries.

According to the study that has been designed to help the region's decision-makers and experts, stability and security are the most important elements for 73% of surveyed youth while education ranked in second place with 70%.

In the wake of the rising interest in health issues following the Coronavirus outbreak, healthcare ranked third for 62% of participants. Income and employment opportunities came in fourth for 31% of them.

These priorities come at a time of extreme instability affecting the whole world, including developed countries with strong economies, which explains the deep focus on the need for stability in the first place, especially in a region that continues to suffer the consequences of wars and military conflicts. 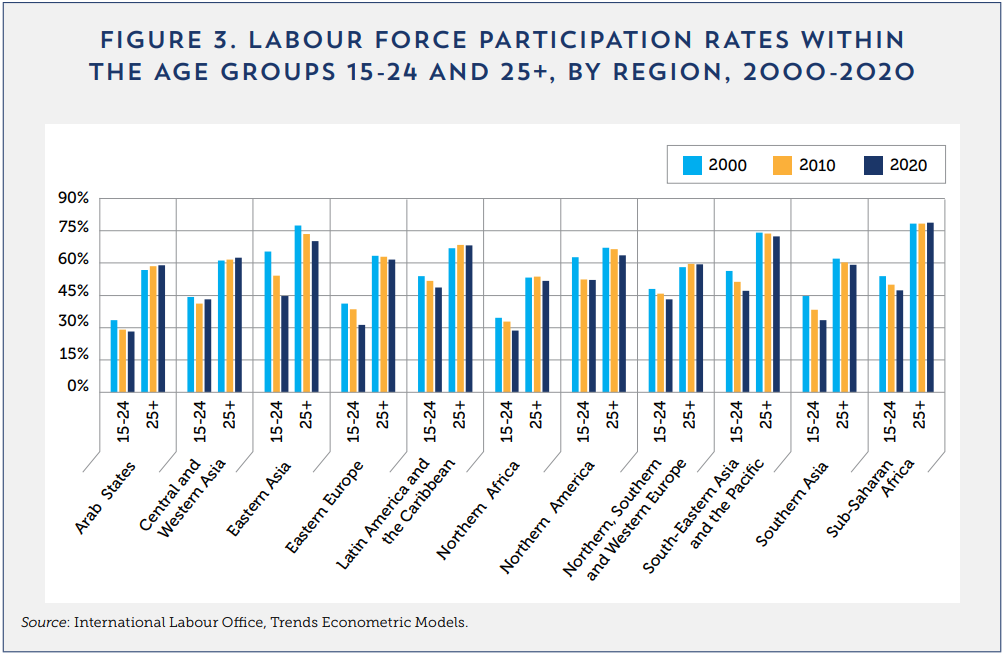 However, numbers of youth enrolled at universities or involved in the job market point at serious challenges that require from governments to take instant actions to avoid worsening economic conditions and crises. According to the World Youth Report 2020 published by the United Nations' Department of Economic and Social Affairs, there has been a slow increase in labor force participation rates for youth between 15 - 25 and +25 years old in the years (2000 - 2020) that continues to range between 50% and 60%. 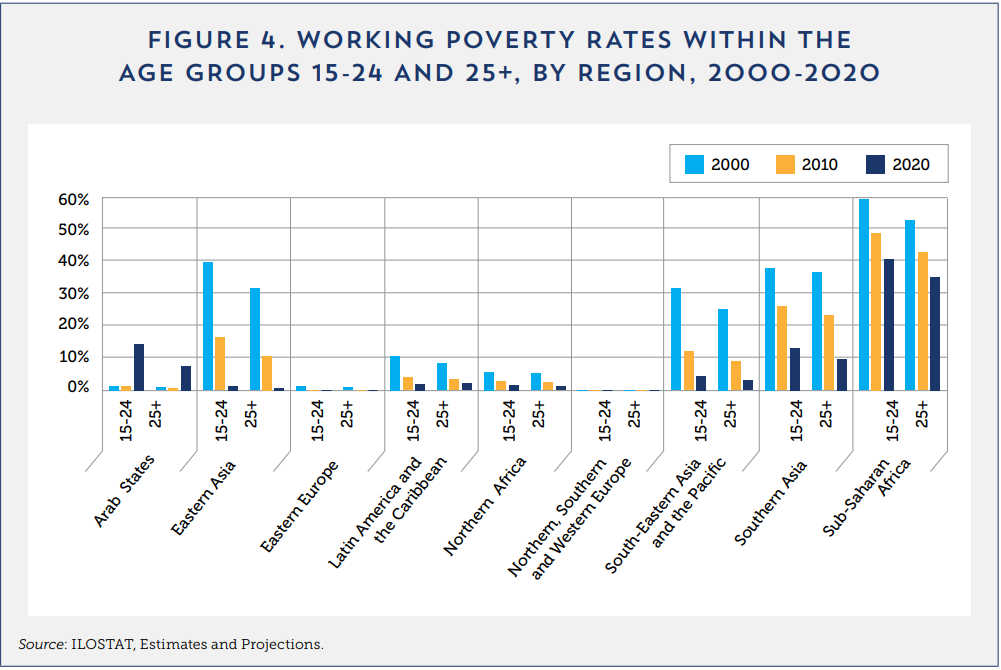 According to the UN, the youth population (15-35 years old) make up about 34% of the population in the Arab World.

Despite growing rates of education in the Middle East over the last several decades, the region continues to witness the widest gender gap in the world with 11%, mainly due to cultural slowly social norms that still encourage early marriages in some Arab communities.

As a result of massive layoffs, halts of training programs, and other signs of the economic difficulties experienced ever since the pandemic, 2020 unemployment rates have hit a historic high in the Arab region with 23%, as reported by the ILO's Global Employment Trends for Youth report for 2020.

These numbers cast even higher challenges in countries with already struggling economies. For instance, in Lebanon, where economists often warn of an economic collapse, unemployment hit 30% during the first six months of 2020.

Due to the variation of economic resources, unemployment numbers are significantly lower in oil-rich countries, especially ones with relatively low population densities. In the UAE, unemployment rates stand at 2.4%, while it ranged around 11% in Saudi Arabia.

Even though this year has made things worse for most of the world's countries, there are many chances for governments to make use of the large youth population in the Arab World and to give the promising and educated generation the chance to lead the change for a better future.