Published July 28th, 2021 - 11:00 GMT
The IMF also slashed its growth forecast for India to 9.5% from 12.5% three months ago after the country was overwhelmed by Covid cases. (Shutterstock)
Highlights
But the 190-country lending agency has downgraded its forecast for poorer countries, most of which are struggling to vaccinate, said an AP report.

The International Monetary Fund (IMF) has sharply upgraded its economic outlook this year for the world’s wealthy countries, especially the US, as Covid-19 vaccinations help sustain solid rebounds from the pandemic recession. 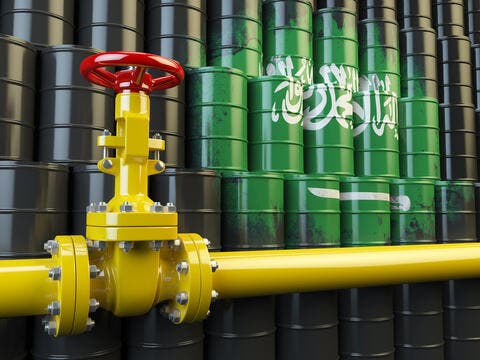 IMF Projects Saudi Non-Oil GDP Growth to Reach 3.6 Percent in 2022
But the 190-country lending agency has downgraded its forecast for poorer countries, most of which are struggling to vaccinate, said an AP report.
Overall, the IMF said that it expects the global economy to expand 6% this year -- a dramatic bounce-back from the 3.2% contraction in the pandemic year of 2020.
The IMF’s forecast, unchanged from its previous estimate in April, would mark the fastest calendar-year global growth in records dating to 1980.
Beneath the worldwide number, however, a gap between the vaccine haves and have-nots is widening.

The IMF expects advanced economies to grow 5.6% this year, an upgrade from the 5.1% it forecast in April, fuelled by the swift recovery of consumers and businesses.

But it downgraded its 2021 forecast for emerging markets and developing countries to 6.3% from its April forecast of 6.7%.

“The recovery is not assured until the pandemic is beaten back globally,” Gopinath said. She asked that wealthy nations quickly fulfill their pledges to supply 1 billion does of the vaccine to developing nations.

The United States is expected to register 7% growth this year, a sharp reversal from last year’s 3.5% drop and an upgrade from the 6.4% growth the IMF had forecast for 2021 back in April.

President Joe Biden’s ambitious spending plans are expected to fuel growth this year and next. The IMF predicts that the US economy will grow 4.9% in 2022, up from the 3.5% it projected three months ago. 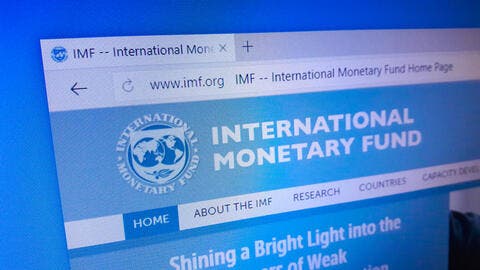 The 19 European countries that share the euro currency are forecast to grow 4.6% collectively this year, versus last year’s 6.5% contraction. Japan, which endured a 4.7% drop in economic growth in 2020, is expected to expand 2.8% this year.

In the developing world, the outlook for China, the world’s second-largest economy after the United States, was marked down to 8.1% after the government scaled back spending and investment.

The IMF also slashed its growth forecast for India to 9.5% from 12.5% three months ago after the country was overwhelmed by Covid cases.