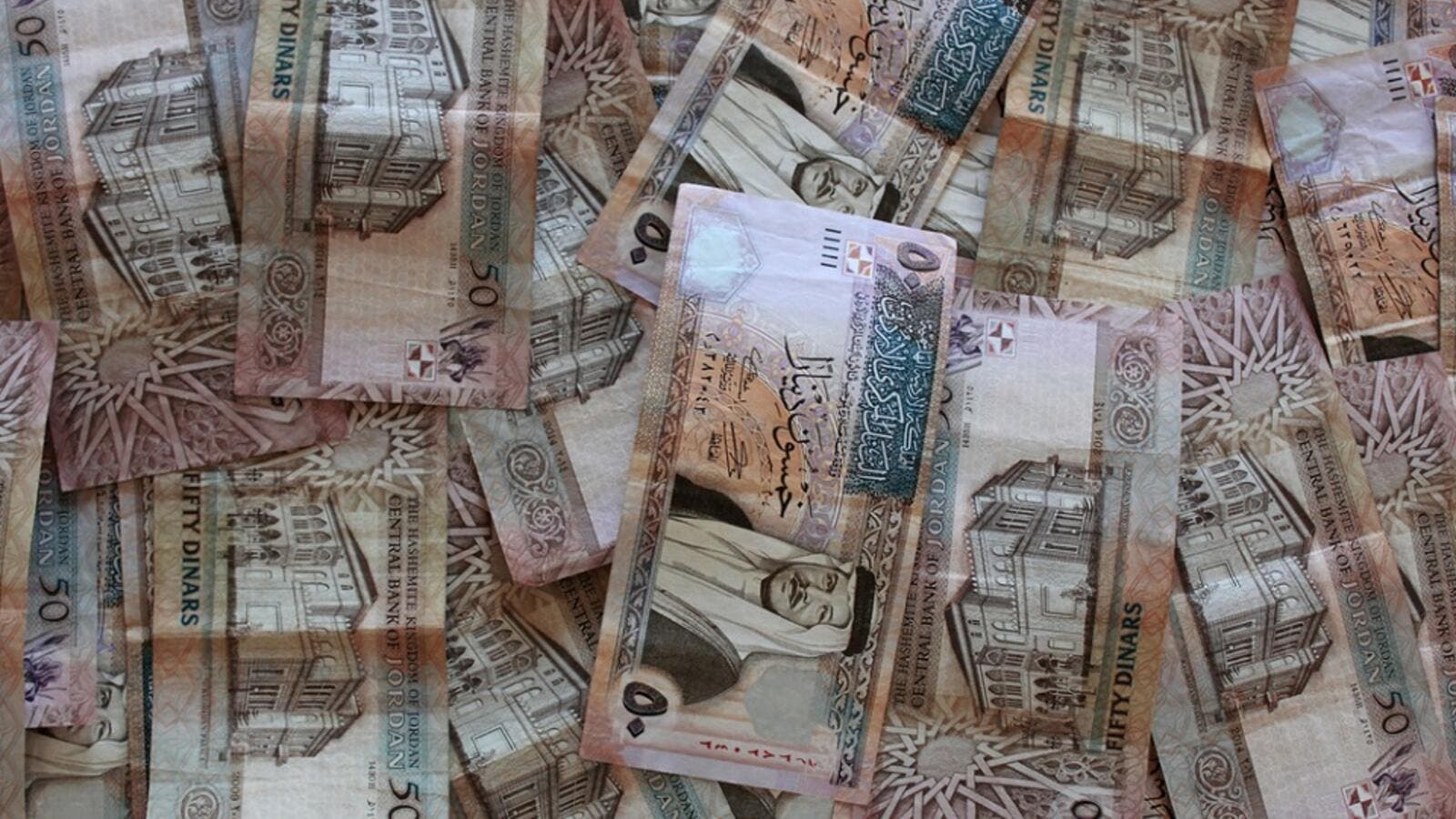 The IMF expects a slight rebound in 2020 but warns of threats ranging from heightened political tensions in the Middle East. (Shutterstock)
Highlights
IMF expected Jordan’s economy to grow by 2.2 per cent, 2.4 per cent and 3 per cent in 2019, 2020 and 2021 respectively

The International Monetary Fund (IMF) on Tuesday kept its forecast for economic growth in Jordan in 2019 at 2.2 per cent, the same percentage projected in April, despite its expectations of a synchronised slowdown in the global economy this year.

According to the Department of Statistics (DoS), Jordan’s economy grew by 1.8 per cent in the second quarter of 2019.

Unemployment in Jordan reached 19 per cent during the first quarter of 2019, up by 0.6 per cent from figures recorded during the same period of 2018, according to a report released by the DoS in June.

“The global economy is in a synchronised slowdown and we are, once again, downgrading growth for 2019 to 3 per cent, its slowest pace since the global financial crisis. Growth continues to be weakened by rising trade barriers and increasing geopolitical tensions,” IMF Chief Economist Gita Gopinath told reporters Tuesday.

In 2020, the IMF projects a global growth of 3.4 per cent, a downward revision from 3.5 per cent as forecast in July.

“We estimate that the US-China trade tensions will cumulatively reduce the level of global GDP by 0.8 per cent by 2020. Growth is also being weighed down by country-specific factors in several emerging market economies, and by structural forces, such as low productivity growth and ageing demographics in advanced economies,” she said.

“We welcome any step to de-escalate tensions and to roll back recent trade measures, particularly if they can provide a path towards a comprehensive and lasting deal,” Gopinath said.

Geopolitical problems outside of the trade war pushed the IMF to downgrade GDP projections in many regions around the world. The IMF has lowered GDP forecasts for the Middle East because of tighter US sanctions on Iran and the impact of a weak global oil market on Saudi Arabia. The IMF also lowered expectations in Latin America due to mining supply disruptions in Brazil and weak investment and consumption in Mexico.

The weakness in growth is driven by a sharp deterioration in manufacturing activity and global trade, with higher tariffs and prolonged trade policy uncertainty damaging investment and demand for capital goods. In addition, the automobile industry is contracting owing also to a variety of factors, such as disruptions from new emission standards in the euro area and China that have had durable effects. Overall, trade volume growth in the first half of 2019 has fallen to 1 per cent, the weakest level since 2012, she said.

“In contrast to extremely weak manufacturing and trade, the services sector continues to hold up almost across the globe. This has kept labour markets buoyant and wage growth and consumption spending healthy in advanced economies. There are, however, some initial signs of softening in the services sector in the United States and euro area,” she added.

Growth in emerging markets and developing economies has also been revised down to 3.9 per cent for 2019 (compared to 4.5 per cent in 2018), owing in part to trade and domestic policy uncertainties and to a structural slowdown in China, she said.

For sustainable growth, it is important that countries undertake structural reforms to boost productivity, improve resilience, and lower inequality. Reforms in emerging market and developing economies are also more effective when good governance is already in place.

“The global outlook remains precarious with a synchronised slowdown and uncertain recovery… The global trading system needs to be improved, not abandoned. Countries need to work together because multilateralism remains the only solution to tackling major issues, such as risks from climate change, cybersecurity risks, tax avoidance and tax evasion and the opportunities and challenges of emerging financial technologies,” she said.

The IMF expects a slight rebound in 2020 but warns of threats ranging from heightened political tensions in the Middle East to the threat that the United States and China will fail to prevent their trade war from worsening.