Published April 22nd, 2021 - 04:00 GMT
The raw materials affected by the US curbs include reagents, plastic tubing material, nano-filters and bioreactor bags, and the steps taken by the Biden administration ensure that American manufacturers get priority for these items. (Shutterstock)
Highlights
The US side has promised to "give the matter due consideration" and to work with India to "find appropriate solutions", according to the people cited above.

Indian officials have raised with their US counterparts the impact of a wartime production law on the supply of raw materials needed by Indian manufacturers of Covid-19 vaccines and the two sides are working together to find appropriate solutions. 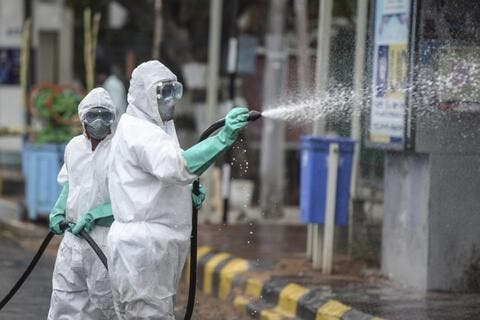 The matter was taken up by India's ambassador to the US Taranjit Singh Sandhu soon after the Defense Production Act was invoked by President Joe Biden on February 5 to boost domestic vaccine production. External affairs minister S Jaishankar raised it with secretary of state Antony Blinken when they spoke on Monday, people familiar with developments said.

Serum Institute of India (SII), the world's largest manufacturer of vaccines, too took up the matter with the US administration in February, and the firm's CEO Adar Poonawalla requested Biden through a tweet on April 16 "to lift the embargo of raw material exports out of the U.S".

The US side has promised to "give the matter due consideration" and to work with India to "find appropriate solutions", according to the people cited above.

The curbs put in place by the US administration - the American side insists there is no "explicit export ban" - have affected the supplies of more than 35 crucial items needed by Indian vaccine manufacturers such as SII and Biological E. SII officials have said the raw materials are needed for making the Novavax dose and the Oxford-AstraZeneca vaccine (Covishield in India).

SII currently manufactures about 170 million doses of both vaccines a month and reports have suggested that production could be hit if the US curbs continue for a few more weeks. Besides scaling up production to meet India's needs, SII and Biological E are expected to face problems in meeting contracts signed with other countries.

The Oxford vaccine, locally produced in India, is one of the two vaccines that are currently being administered in the country. The Novavax shot will be eligible to get clearance in India after approval from a major foreign country; it has not been authorised by the US, the UK, EU and Japan so far.

Participating in an online discussion on Monday, Jaishankar referred to the matter indirectly when he said he was "pushing other countries, particularly some big countries, [to] please keep the raw materials flowing for vaccines to be made in India". He also highlighted the crucial role of global supply chains in the manufacture of vaccines while responding to a question on criticism of India's vaccine exports. "Can I, on one hand, go round the world and say, guys, keep your supply chain flowing towards me, and by the way... I am asking you for raw material but I am not going to give you the vaccine?" he asked.

The raw materials affected by the US curbs include reagents, plastic tubing material, nano-filters and bioreactor bags, and the steps taken by the Biden administration ensure that American manufacturers get priority for these items.

The people cited above said it is also not easy to switch to suppliers in other countries because all raw materials and equipment used in making vaccines have to be approved by regulators. "For instance, approvals granted earlier wouldn't cover raw materials from a new supplier," said one of the people.

American sellers of the raw materials are obligated to meet the contractual requirements of American buyers before anyone else, including Indian buyers, who have told to expect delayed deliveries, according to people familiar with these discussions.

Former president Donald Trump, too, had involved the 1950 law in August last year to scale up production of medical supplies. 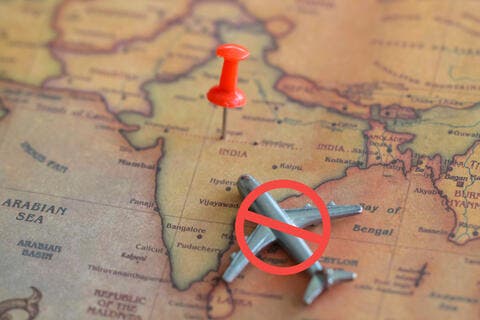 Now that the US has administered at least one dose to half its population and built up a sizable stockpile of vaccines, its raw material needs may be tapering off, which would allow American suppliers to resume deliveries.

Asked about the bottleneck in raw material supplies, White House spokesperson Jen Psaki spoke about discussions at the WTO on Monday. "We are...working with WTO members on a global response to Covid. That includes a number of components, whether it's $4 billion committed to COVAX, or discussions about how we can aid and assist countries that need help the most," she said.