Published April 27th, 2021 - 06:00 GMT
A closed market area is pictured during the weekend lockdown imposed as a preventive measure against the spread of the Covid-19 coronavirus in Bangalore on April 24, 2021. (Manjunath Kiran / AFP)

Over the last few weeks, India has recorded the world's highest spikes in COVID-19 cases, with local experts expressing serious distress that the country's health system is near a collapsing point. 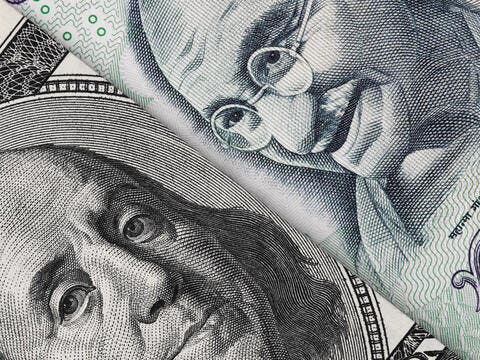 India: Rupee Threatened to Fall Due To COVID Cases' Surge

While the concerning health situation in India needs to be a priority for everyone, as the country risks losing millions of lives in the coming weeks, economic experts are also concerned with how this current crisis will reflect on the world's 5th largest economy and whether or not it will hinder international efforts to support the global economy from any further damage.

Even though hopes were quite high that the worst has passed by the end of 2020, especially as most economies around the world started to report gradual rebounds at a time successful vaccines were being revealed, today's outlook still suggests a hard 2021 in many places.

In India's case, and despite the government's decision to not impose a nationwide lockdown, realizing what that could mean to the already struggling economy, officials are still reassuring the public that the situation is "under control."

Only earlier this month, the IMF 2021-22 forecast for India anticipated 12.5% growth in the country's GDP. However, the fact that several Indian local governments have been enforcing regional lockdowns in an attempt to curb the spread of infections could change this reality.

Looking into employment figures in the country shows that while the latest reported joblessness rates in February 2021 (6.9%) are slightly better than those of March 2020 (8.8%), the Indian economy has still not reached a recovery point, meaning the purchasing power in the country is still lower than hoped for. According to Business Standard, consumption makes up some 60% of India's gross domestic product.

In addition to India's large population, any negative impact of this second wave on the Indian economy can be particularly concerning for global economies where India is amongst the main importers, such as China (16%), the United Arab Emirates (6%), the United States (6%), and Saudi Arabia (5%).

One of the first signs of how the Indian surge has started to affect the global economy is the lower oil prices we have seen over the last three days. The Global Times has reported Chinese fears that the current health situation in India "may drag the Indian economy to what it was like 20 years ago, which is likely to affect other South Asian economies." 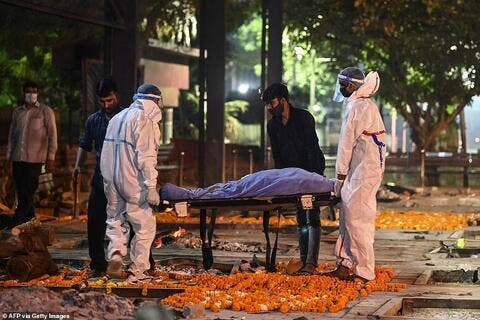 Moreover, India's digital advanced position over the last decade or so might be undermined during the next few months if cases continue to rise, especially that India had deserved its place as a leading digital chip manufacturer, a fact that could easily change if the situation is not contained any sooner.

Do you think India needs to impose more restrictions to faster limit the viral outbreak? How do you think will the country's second COVID-19 wave change the economic outlook of 2021?