Published June 27th, 2021 - 07:30 GMT
Farmers say the new laws will leave them at the mercy of corporations as they clear the way for the unregulated entry of private companies into the farming sector. (Shutterstock)
Highlights
In a memorandum addressed to Indian President Ram Nath Kovind, the union complained that three farm laws introduced by the government were ‘unconstitutional’
Thousands of farmers in India renewed their protests across the country on Saturday, marking seven months of demonstrations demanding a repeal of three agriculture laws they say favor private businesses at the expense of the growers they buy from.

Some marched toward New Delhi, while others rode tractors from neighboring Uttar Pradesh, chanting the slogan “save agriculture, save democracy.” They were part of a mass gathering called by the Samyukt Kisan Morcha (Joint Farmers Group), despite fears of a resurgence in COVID-19 cases after a slow recovery from a debilitating second wave in recent months. 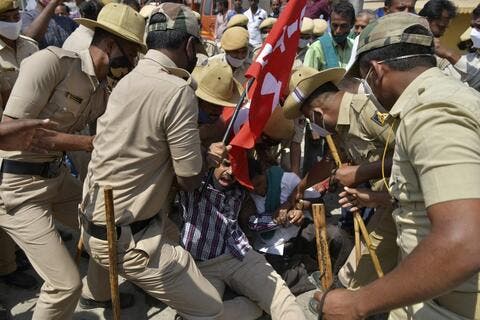 Protesting Indian Farmers Tell Modi 'They Are Not Going Anywhere'!

“In the last seven months different farm unions, led by Samyukt Kisan Morcha, organized one of the world’s largest and longest protests,” Dr. Darshan Pal, from the Bharatiya Kisan Union (Indian Farmers’ Union), told reporters in the capital. “Thousands have joined in from different parts of the country. We plan to intensify our stir as well.”

In a memorandum addressed to Indian President Ram Nath Kovind, the union complained that three farm laws introduced by the government were “unconstitutional and prepared without the consultations with farmers.”

They also demanded a “minimum support price for farm produce” from the government, based on a 2004 report when New Delhi appointed a commission under agricultural scientist Mankombu Sambasivan Swaminathan to address the growing incidence of suicide among farmers.

In September, amid wide-scale protests from opposition parties and farmers, the ruling Bharatiya Janata Party (BJP) used its majority and passed the three laws in parliament, claiming they would usher in a “new era in farming.”

Farmers say the new laws will leave them at the mercy of corporations as they clear the way for the unregulated entry of private companies into the farming sector.

Farmers say the new laws will hit their incomes and leave them at the mercy of corporations because the legislation clears the way for the unregulated entry of private companies into the farming sector, which employs more than 50 percent of the country’s population.

They also fear the laws will usher in the privatization of traditional agricultural markets, leading to market-driven pricing of products and the elimination of the minimum support prices the government sets each year for specific produce.

“We are fighting not only to save farming but also democracy,” Yogendra Yadav, leader of the Swaraj Party and a prominent face of the farmers’ movement, told reporters in the neighboring state of Haryana, where he led a march to the governor’s house. “The government will have to choose between the interests of farmers and political chairs. Now farmers will show the ruling Bharatiya Janata Party its political worth. We will take the movement forward, and I am sure the movement will win.”

To assuage farmers’ fears, the government held 10 rounds of talks with the protesting groups and offered to postpone implementing the new laws for 15 months and reach an agreement.

The protesters, however, rejected the offer and continued demanding that the laws be revoked, reasoning that, by exerting more pressure on authorities, the government would be forced to cave into demands.

“For us, there is no option but to continue with the protest because the government is more concerned about listening to their corporate friends than to farmers,” Sarwarn Singh Pandher, from the Kisan Mazdoor Sangharsh Committee based in the northern state of Punjab, told Arab News.

He said the BJP would have to “pay politically” in the upcoming regional elections in Uttar Pradesh. “We will mobilize people against the BJP in the elections and make sure that the party is punished for its anti-farmer stance.”

The government, however, called the protests a political movement. 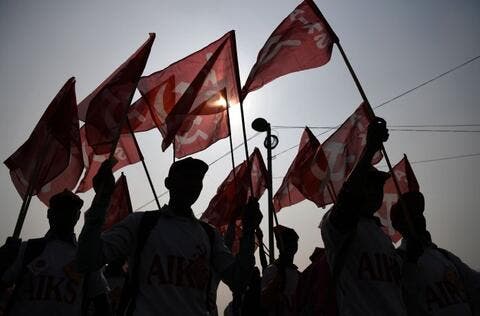 Indian Farmers Brought Themselves to the Streets. Modi Brought Drones

“It was a political movement from day one,” BJP national spokesperson Sudesh Verma told Arab News. “Average farmers are happy and getting their dues.”

Political analysts said the root cause of the public anger was a fear among farmers of losing their land.

“For farmers, their land is not only their source of well being but also their cultural identity,” Prof. Ronki Ram, of Panjab University, told Arab News. “They perceive that the laws (would) take away their lands and corporate houses would become the owners of their land. That’s why, despite the assurances from the government, farmers are convinced that big corporates would take their land and they would lose their rights. No doubt the agitation will affect the BJP adversely. Farmers and agricultural laborers constitute a sizable number of the country’s population. Definitely, it will have an impact on the BJP’s electoral support.”