Travel connections linking the west and the far east often involve stops in our region, whether it's Dubai or Doha, or other cities. While this is very much a result of the region's strategic geographical location, it is also a direct outcome of two airlines' efforts to lead the global aviation industry. 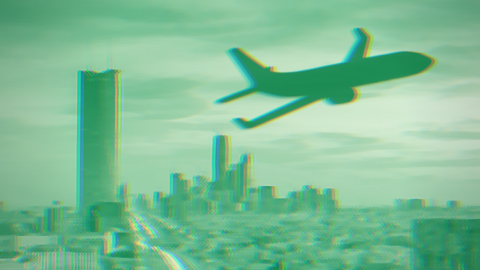 Qatar Airways have been in fierce competition with Emirates Airlines. What a competition? pic.twitter.com/SkFfcpgqHz

Ranking amongst the world's best airlines, Emirates Airline and Qatar Airways continues to be in a fierce regional business competition with both carriers continuously working hard to offer travelers some of the best experiences of their lives.

Comparing the two airlines' entertainment services and onboard services can be quite tricky, as the two companies offer outstanding services that seem to be just as popular amongst most passengers.

Emirates airlines was established in Dubai in 1985 and is part of the state-owned The Emirates Group. It flies passengers to 158 destinations using a fleet 269 aircrafts,  and is the world's largest operator of the Airbus A380 and Boeing 777 family of aircraft. As for its Qatari competitor, it was founded in 1993 and it is fully owned by the government of Qatar. QA flies to more than 160 destinations across the world with more than 250 aircrafts.

Both companies keep their fleet quite young, especially when compared to international carriers. While America Airlines fleet's average age is more than 11 years, Lufthansa's 12.5 years, Qatar Airways' is 5 years, and Emirates Airlines' is about 6 years.

Experience Brazil and its lively culture and entertainment scene when you travel to São Paulo. #QatarAirways is now operating 14 weekly flights to this vibrant destination via the World’s Best Airport @HIAQatar. pic.twitter.com/ghnjlDE7V3

In 2019, Emirates airlines served more than 56 million people travel across the world, with the number dropping by 88% in 2020 to only about 6.6 million, which is attributed to extreme travel restrictions throughout most of 2020.

Qatar Airways, however, reports stronger figures when it comes to the pandemic. In 2019, the Qatari carrier served 32 million people compared to 29 million in 2020.

Emirates Airline's assets are worth around $51 billion, the company's revenue during 2020 hit only around $9.6 billion, due to the distressing losses suffered during the pandemic. Meanwhile, the assets of Doha-based Qatar Airways are near $35 billion, with the company's reports pointing at $14 billion in 2020 revenues.

Emirates Airline have faced 5 different accidents throughout the company's history all taking place between 2004 and 2019 and no casualties. Similarly, Qatar Airways have only faced two accidents in 2007 and 2017 with no casualties as well.

Realizing the importance of global sponsorships and investments, both companies' names can be seen in the world's most-watched arenas all year long.

Up until 2015, Emirates Airline was the official sponsor of FIFA World Cup Championships, which is now sponsored by Qatar Airways, Moreover, both carrier's names were featured on shirts of Real Madrid FC, Barcelona FC, Arsenal, AC Milan, Chelsea, and Paris Saint-Germain for several seasons.

Both airline carriers are also quite involved in more sports than football, this includes sponsorships. Emirates Airline sponsors the Rugby World Cup, Tennis' Australian and French Open, in addition to other Cricket, Moto, Golf, and other championships.

Qatar Airways, on the other hand, sponsors a number of Equestrian, Tennis, Squash, and other international tournaments.

Start dreaming about your next adventure to Portugal, with insider tips from our cabin crew. They’re letting you in on some of the best kept secrets in their home cities, from Lisbon to Porto, so you’ll be inspired to make the most of your trip when your time for travel arrives. pic.twitter.com/r2g7QRfN45 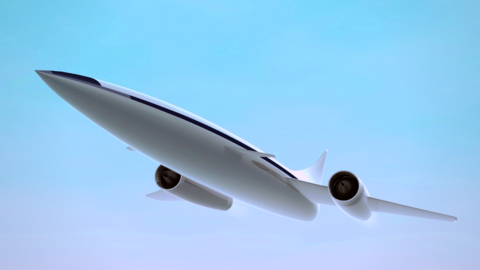 Will Arab Carriers Invest in the Comeback of Supersonic Passenger Flights?

When the pandemic broke out in the early months of 2020, Qatar Airways announced cutting about 9,000 jobs out of its whole global staff (45,000). Almost the same number of employees was cut off the Emirates Airline staff, which consisted of about 60,000 employees just before March 2020.

By August 2020, Emirates Airline received $2 billion from the UAE government in support of the struggling company. Another $2 billion was granted by the government of Qatar to its national carrier by September 2020 for the same reason.