Published April 27th, 2021 - 08:00 GMT
When it comes to how long UAE respondents keep hold of their phones, on average, they wait up to 18 months before swapping them in. (Shutterstock)
Highlights
The devices follow a global trend report conducted by Fly Research after speaking to 5,750 participants from 31 different countries, including the UAE.

Six new Nokia phones have been announced, as the Finnish phone maker aims to make smartphones more affordable and long-lasting to help encourage users around the world to keep their phone longer. 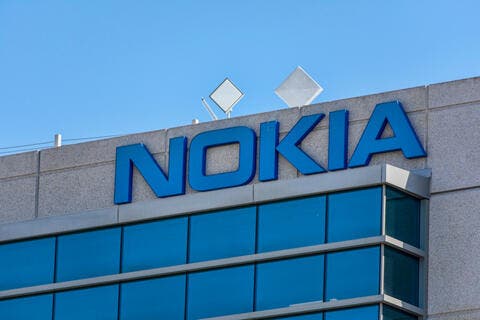 Nokia 8.3 5G to Get Android 11
The devices follow a global trend report conducted by Fly Research after speaking to 5,750 participants from 31 different countries, including the UAE.
Stephen Taylor, CMO at HMD Global, the home of Nokia phones, said: “This report not only highlights the love that people globally have for their phones, but also the growing wish for a mobile they can trust will keep all their information safe that they can keep for longer. Each of our six new phones answers a concern that consumers around the world have raised. Their high-quality performance is maintained over several years of use, they all have regular software updates to keep them secure at all times and all the phones, no matter at what price point, work on the latest Android platform.”
Sanmeet Singh Kochhar, Vice President for HMD Global Mena & India said: “As the survey shows, people around the world invest a significant amount of time in their smartphones now. The UAE, too, mirrors this global trend with 84 per cent of respondents here claiming to ‘love’ their phones and 71 per cent wanting phones that can stand the test of time. The bond that users have with these devices will only grow in the future. Through our innovations, we want to be a catalyst in strengthening and prolonging that relationship. The latest Nokia phones come with trusted security features and are designed to last. It shows how the philosophy of ‘Love it. Trust it. Keep it’ is integral to our mission of creating purposeful technology available to all.”
INTERACTION
According to the findings, mobile phone usage globally has risen by 90 per cent over the last 10 years. We are so reliant on our phones that we touch them an average of 142 times a day, spending 18 hours and 12 minutes a week looking at the screen — the equivalent of watching the first two seasons of Game of Thrones back-to-back.
The top five ways phones are used globally are Browsing the internet, Browsing social media, Listening to music, 4. Gaming and Messaging.
In the UAE, 78 per cent of the respondents have claimed they spend more than 30 minutes looking at their phone’s screen each day. The mobile is becoming a central hub in all parts of our lives – almost three quarters (72 per cent) said they have used their phones for shopping. The share of those who use smartphones for fitness-related activities, or for banking stood at 69 per cent, as did the share of those who use them for transactions.
TRUST IN TECHNOLOGY
Trust is an important factor when choosing our mobile partner – 72 per cent of UAE respondents say that knowing their phone is secure is very important to them. Over half (60 per cent) admit to being worried about being scammed, with a surprising 47 per cent of Gen Zers (18-24 year olds) saying they have already been scammed.
On a positive note, 19 per cent admit that they update their software straight away, followed by 17 per cent who let their software be updated at night automatically.
However, almost half of the respondents (45 per cent) do not know if their phone has the latest security updates or not, leaving them vulnerable to threats and hackers.
CUTTING DOWN THE CHURN
When it comes to how long UAE respondents keep hold of their phones, on average, they wait up to 18 months before swapping them in. As many as 71 per cent admit that they would like to keep their phone for longer, and 77 per cent would do so if the devices maintained their performance over time.
Also Read 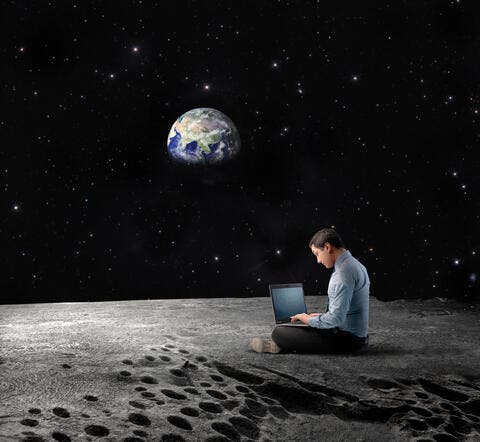 NASA, Nokia Team up to Install 4G Network on the Moon
Respondents in the UAE are becoming aware about the brands they choose and ecological and sustainability concerns weigh on the minds of most. Fifty-seven per cent actively seek out companies that offer a sustainable offering when making purchases, such as packaging and products. Additionally, over half of the respondents in the UAE (52 per cent) are concerned about the excessive electronic waste produced and 61 per cent users make an effort to buy products that help the environment.
Tags:NokiaUAESmartphone