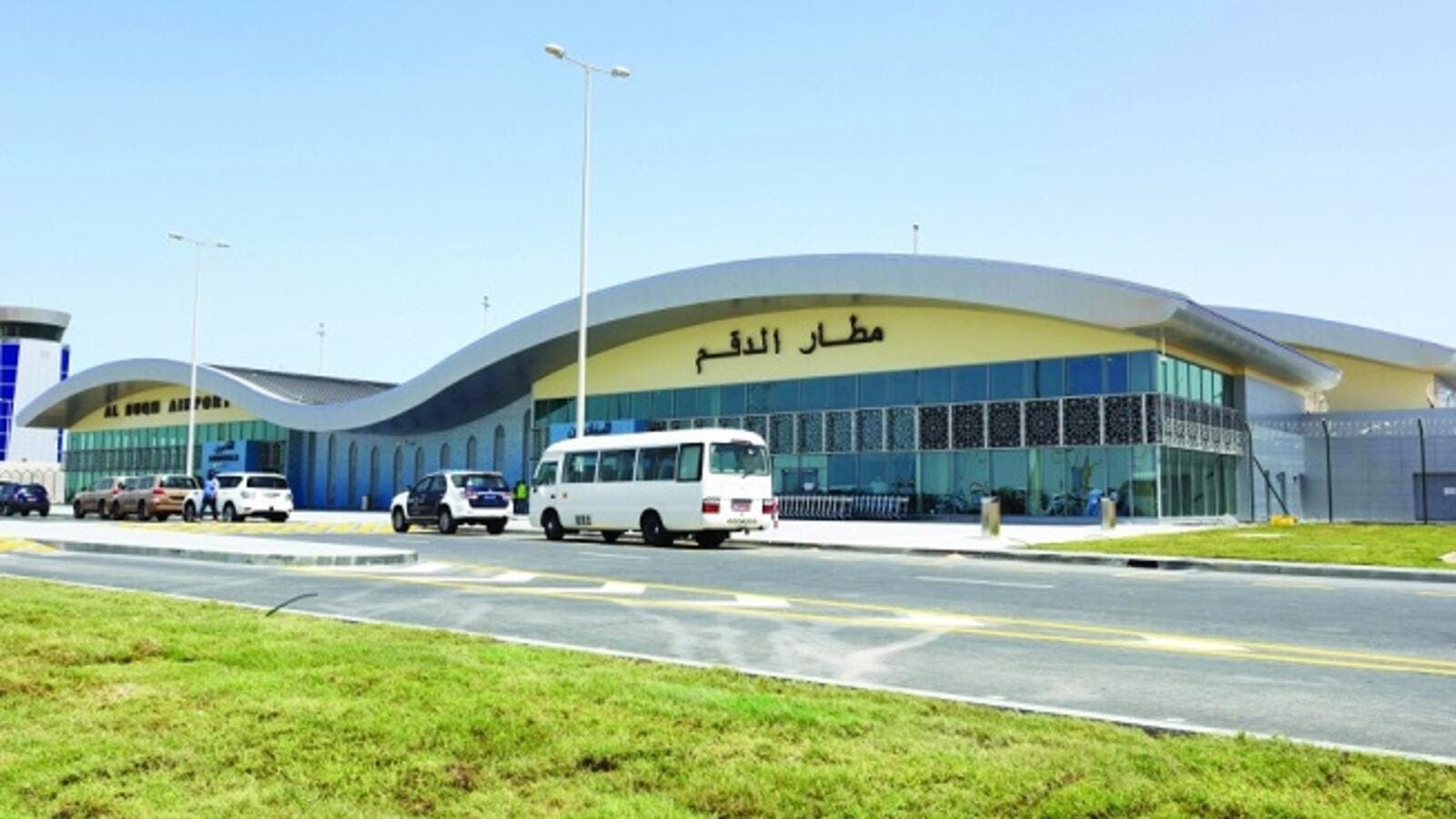 Duqm airport connects to the port through a double three-lane road in each direction, providing a smooth and easy link between them. (Times of Oman)

With Duqm’s new airport now open, projects at the heart of Oman’s future economic powerhouse are all set to speed up, further driving the Sultanate’s economic expansion.

As the Sultanate moves away from conventional sources of oil and gas, massive development projects have been planned in Duqm and other areas of the country, generating tens of thousands of jobs for the next generation of young professionals.

The first flight at the new airport took off at 5pm on Monday, drawing parallels with the country’s economy spreading its wings to scale new heights, under its Tanfeedh plans for economic diversification.

In an interview with the Times of Oman, Mustafa Al Hinai, CEO of Oman Aviation Group, said, “The most important part of the Duqm airport is how it is going to enable the economy of Duqm in terms of integrating the airport with the associated infrastructure in Duqm such as ports, dry dock and new upcoming projects such as the refinery and petrochemical projects, and enabling the tourism sector with the coastal areas of Duqm.”

“Once it reaches further development, there will be more critical masses arriving in Duqm that will give us more potential in strengthening the inbound travellers to Duqm,” he added.

“As of now, we are not expecting to increase more flights until these projects reach a mature stage and there is more advanced development. Another part we are focusing on right now is the fisheries sector. We have a cargo building within the Duqm airport and we are looking at how we can enable the fisheries sector and fishermen for a value chain, how it can be key in enabling infrastructure, to take our fish out to the globe.”

Considered one of the main components of the Special Economic Zone Authority of Duqm (SEZAD), the new airport features a new passenger terminal, an air cargo terminal, an air control tower and other components, including a well-developed road network and a logistics zone to service both the airport and the port, which will contain logistics services related to aviation and port activities, car hire, tanker services, marine shipping offices, warehouses and industrial and real estate services.

The total area of the new passenger terminal is some 5,700 square metres, with the capacity of the airport expected to be around 500,000 passengers per annum. The cargo terminal has been designed to accommodate 25,000 tonnes of goods annually, and with a runway that is four kilometres long, Duqm airport has the ability to operate internationally.

“The Duqm Port, Dry Dock and Duqm Airport and their associated projects are the mainstay for the development of SEZAD, achieving its objectives, creating jobs and encouraging the local private sector to grow and provide more business to small and medium enterprises (SMEs),” said Yahya bin Said Al Jabri, General Supervisor for SEZAD.

“The logistics sector is also directly linked to the industrial and commercial sectors and contributes directly to their success.”

“Therefore, SEZAD has allocated a number of sites near the major projects in SEZD, such as Duqm Port, Airport and the Ras Markaz oil storage centre to serve as logistics areas that meet the growth and success requirements of these projects,” he added.

“Other expected objectives from investment in this sector include the establishment of logistics villages that can be independent projects similar to the Sino-Omani Industrial Park.”

The Ministry of Transport and Communications also observed the opening of the new airport, with a ministry official stating that “Flight No. WY935 from Oman Air is the first flight to land at Duqm airport’s new terminal, coming from Muscat."

“The passengers of this flight have been received by Mohammed Al Zaabi, CEO of the Public Authority for Civil Aviation (PACA), and the Governor of Al Wusta, as well as CEOs of airport operation companies and other government entities.”

“The CEO of PACA and the governor of Al Wusta toured the facilities of the passenger terminal at Duqm Airport in the presence of a number of executive heads of airlines, operating companies and the relevant government agencies,” added the official.

Duqm is set to be the heartbeat of Oman’s non-oil economic future, with several manufacturing, shipping, logistics and mining companies to be based there.

The Port of Duqm and Oman Dry Dock are already operational, and are set to become major nodes on the Indian Ocean’s shipping routes. Capable of servicing cargo ships on routes directly connecting to the open sea, the port will also have a separate yard for naval ships.

A host of factories have been planned for Duqm, which is the capital of the Al Wusta Governorate, including a cement manufacturing company, a sebacic acid plant, and a vehicle assembly depot, among others. The China Oman Industrial Park, a joint effort between the two countries, will see a net investment of $10.7 billion (OMR4.12 billion), and will be home to a number of heavy and light manufacturing industries.

Al Jabri added: “In the second quarter of this year, SEZAD also witnessed the commencement of the construction works of the Sino-Omani Industrial Park and the signing of a memorandum of understanding with the Omani Food Investment Company Holding to develop a strategy to promote the fish industries zone as part of the SEZAD plan to establish a specialised global fish centre.”

“During the second quarter, SEZAD also issued the Road Control and Protection System, the Health and Hygiene Control System, as part of its endeavour to apply the best international practices in these areas and to prepare for a new phase of growth and prosperity,” he said. While the airport will certainly boost connectivity with Muscat, Salalah and the rest of the Arab world and other areas, plans are also underway to improve on-ground connections.

Duqm airport connects to the port through a double three-lane road in each direction, providing a smooth and easy link between them, promoting the imports and exports and transport of goods arriving through Duqm to other areas, both inside Oman and outside. A dual road linking the port and the main road to Muscat is under construction to facilitate the transport of goods by land to various parts of the Sultanate in order for them to then be transported overseas.